We had a nice night's sleep in Garden City, KS and awoke about 0600 to get ready for our drive.  We took showers, in the not too clean restrooms and headed back to the camper.  It's really sad that there seemed to be no "pride of ownership" in this campground.  Garden City doesn't have too much to choose from and maybe that's why they don't work too hard to keep this place nice.  You would think though they'd have someone clean the bathrooms now and then. The showers probably need to be torn out and redone..but it worked.

After breakfast we headed out.  We did see a ways out of Garden City that a Travel Plaza had installed some cement pads with hookups..so that's an option for the next time we're through this way. 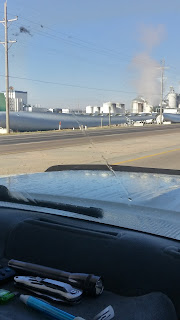 Had a nice drive on Highway 50 through the small towns along the way.  Funny, after awhile, Kansas pictures look the same either silos or pretty brown fields this time of year.  We did see tons of feed lots for cattle and of course Tyson chicken. Feel sorry for those cows, not much room to move around, just get fattened up and killed. I would imagine Tyson is the same way..poor things. At Don's place at least they have beautiful grass to eat, tons of room to move around before they're taken away.  Lord knows Dana's chickens are treated like little queens and they give eggs.
We gained an hour near the western edge of Kansas so we ended up having a late lunch in West Pueblo, CO.  at the Safeway parking lot. We had our hummus and veggie wraps. Yummy! 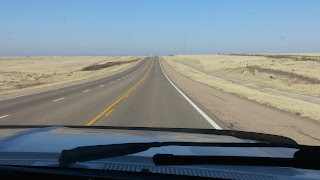 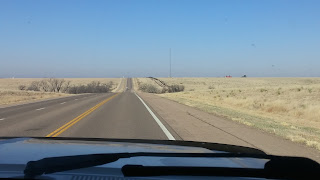 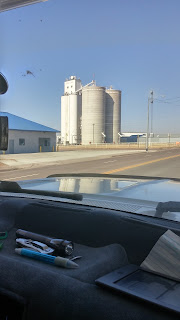 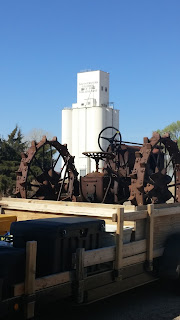 We were trying to decided what to do, when I looked online at campgrounds in Canon City, CO.  and decided  we would try Pueblo Lake State Park.  Actually drove down there and only one campground was open, $18.00 for the night and $7.00 for the day use. Hate places that do that.  Give me one fee for camping.  So we decided that was too much to pay for a campground with no anything except pit toilets.  Then I checked the campgrounds in Canon City starting with a KOA we've stayed at many times found out they're still CLOSED this time of year..ohoh..so back to Pueblo Lake State Park.  Paid the 25 dollars and here we are.  Actually a beautiful campground and other than the camp host and one other camper we're it.

Sat outside a while and watched the storm on the mountain and then when it got too cold we came inside and it started to rain a bit.

We still had 2 pieces of chicken breast left so i boiled a few red potatoes, Ken fixed the chicken and I added some great northern beans and italian green beans to the mix.  Yummy..

I tried the Clayton James whiskey we bought at the distillery in Lynnville and it is so good!  That was a great little field trip Don and Dana!

A great nights sleep and we're getting ready this am after our computing and coffee..So we'll see where we'll end up tonight.  Cool and cloudy this morning.
We did about 260 miles yesterday so we'll see what we come up with today.

For some reason my pics aren't loading well this am..so I'll try later with some..