Jacob gets promoted! A little more work on the kitchen, Adam's coming to visit

Happy Sunday! Last Thursday we were coming home from a trip to Lowe's, one of our cheaper trips LOL. My phone rang and it was our grandson Jacob who is in the Navy in Italy!

He called to tell us he got promoted to 2nd Class Petty Officer,  this is equivalent to Sgt. in the Marines! Our youngest son Russell was in the Marines so this is how I identify rank LOL.  Russell promoted quickly but Jacob beat him in only 2 1/2 years! So excited for him.  While I've got the phone up to my ear Jacob says "You know Grandma this is a video call" LOL. Nope, I didn't. What a great day to get that call! We are so proud of you Jacob!

Stole this from his proud Dad!!💙

Ken got the wood nailed down on the bar area. Next up sanding, that's my job 😁

He also got to work on the buffet/prep area and it's looking awesome. We lived in North Highlands (suburb of Sacramento) from 1979 to 1996. During that time he tiled my kitchen counters. Turns out he's been moving left over tile from there with us LOL. We have 36 pieces that he's going to use on the prep table and then wood for the other bit. I'm happy to be using this tile!

We've been nearing 95 degrees every day, but it's workable temps in the kitchen.

It appears the moth balls are working even though the smell is not great so i'll be looking for another solution.

Our oldest grandson Adam called, so he's coming out here on his days off this week. He should be here later this evening and he'll leave on Tuesday. We do have to go to Reno tomorrow as the Can Am needs to go in for servicing. He can come with us or knowing him he'll use the day for photography somewhere! 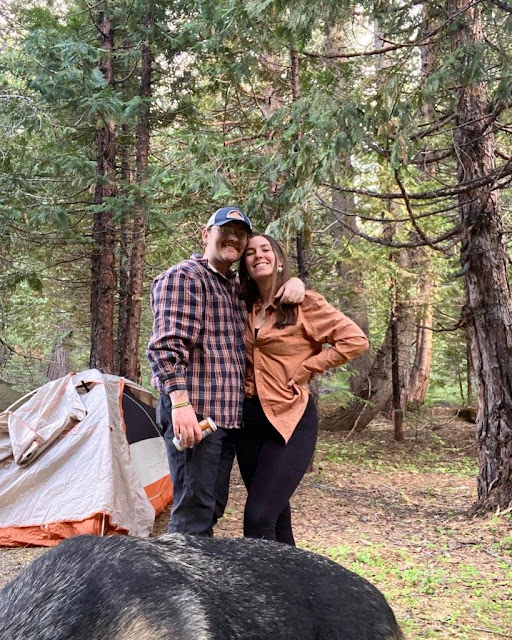 Karen's store has been open a little over a week and seems to be a big hit in Yerington! We went by to see her 4th of July goodies..of course I had to buy a little :) Can't resist the red, white and blue!! 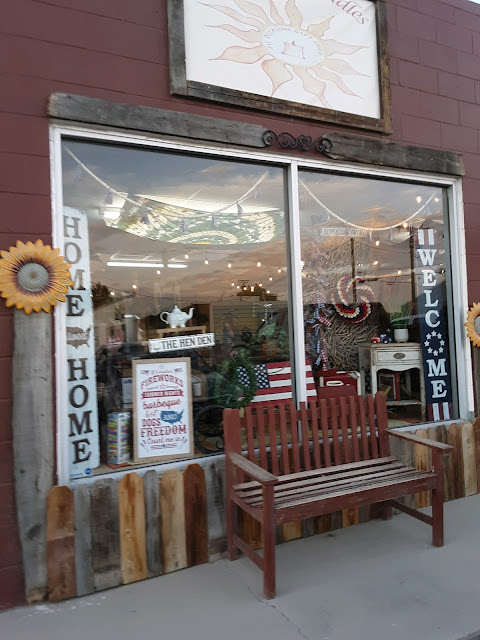 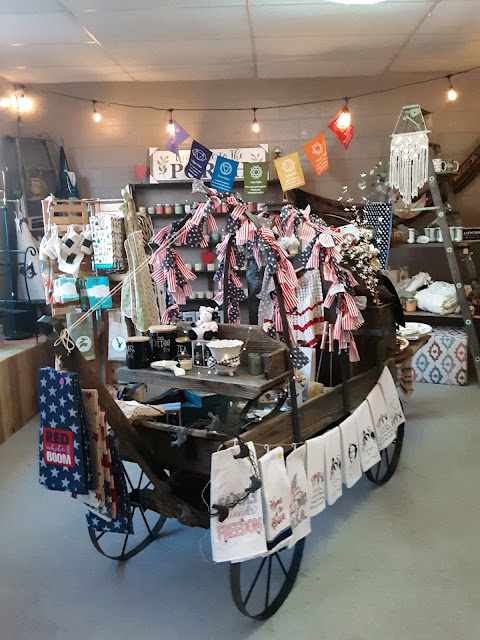 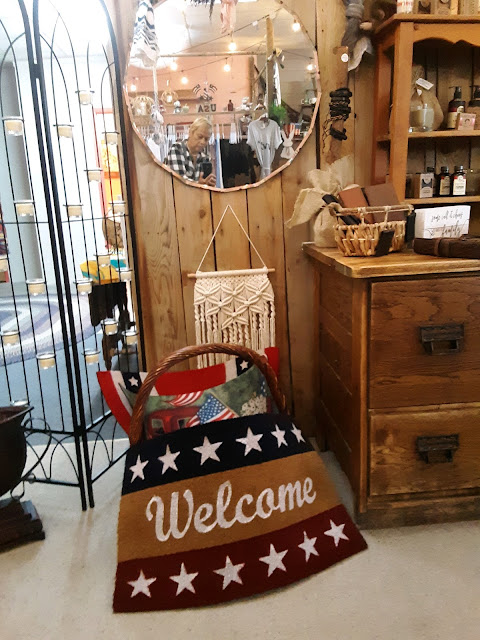 Champagne Sunday with the hubby! Have a great day everyone!

Again, way too long since a post! We've been working on the outdoor kitchen and that's taken up most of our time. A lot more work than you would think, but it's coming together. 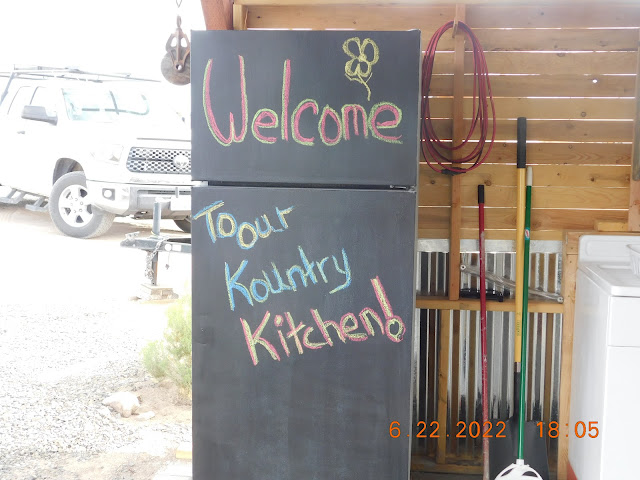 Saturday, Karen had her grand opening of her store in town...Not Just Candles. We were there at 1000 and then left around noon. Great opening for her.  We headed into town for the Car Show that happens every year during Father's Day weekend. We tried to have lunch in town but it was too crowded. We stopped at Raley's and bought hamburger, buns and potato salad. Ken barbecued and it was awesome! 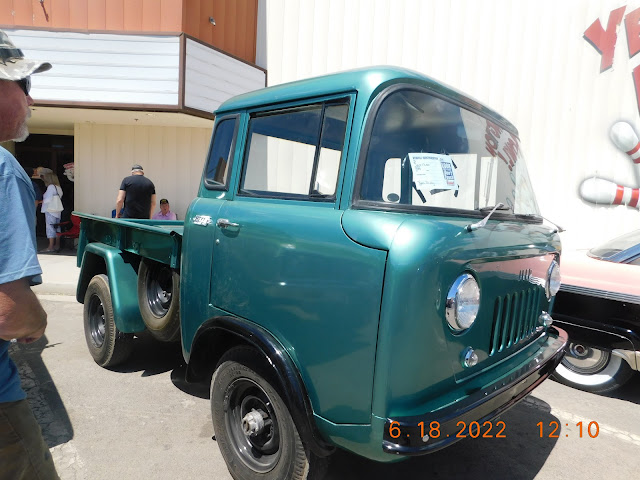 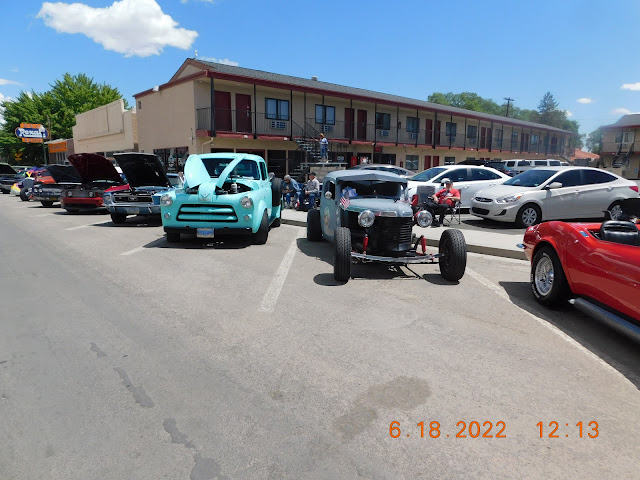 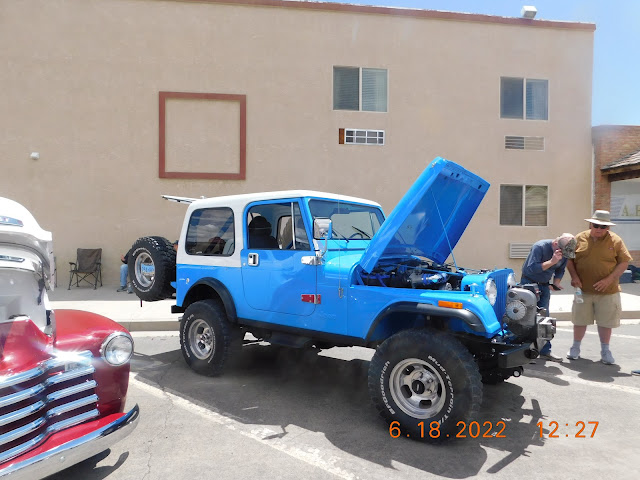 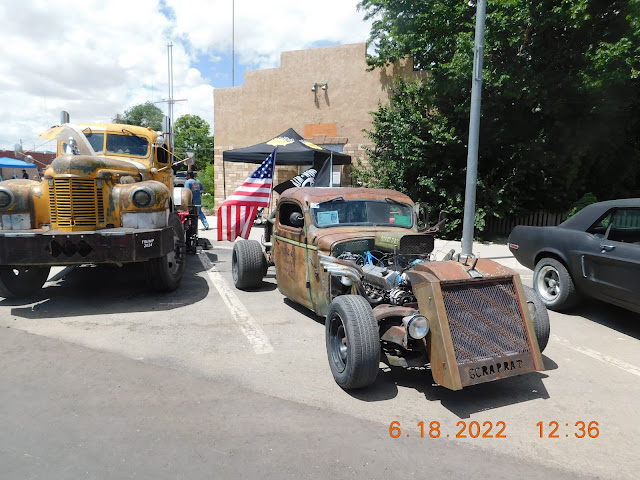 Sunday morning was Father's Day and Champagne Sunday so we enjoyed that with a good breakfast. Ken heard from all the boys and his mom so he was happy! It was a great day.

Tuesday we headed to Gardnerville to shop at Walmart and then to Raley's to pick up Ken's pills.  Our favorite pharmacy tech, Molly told us the end of July was her last day. 😪 I teared up, couldn't help myself.  After the first month of knowing her she would grab our drugs before we even got to the counter 😍

Anyway, she's going to Pharmacist  School in Vegas. Good for her! 3year program with a 2 year residency. Ken was dealing with checking out and she said  "Can I give you a hug?!" OMG of course!! I got two. She is just the sweetest girl and we wish her the best in everything!

We stopped at Karen's store on the way home just to say Hi ..but Ken said "should we get a gift for Molly?" Of course and we found the perfect little gifts for her! We'll deliver in the next week or so. :) Nice to have a place in town, with awesome things and great prices. 😉

Ken worked on the bar near the red window. He built a great place for people to eat and look at the awesome scenery ! We're hoping to have a good crowd at the beginning of September so the plan is to have people sign the bar and then at the end of the month we'll seal it forever 💖 Hopefully if Russell and Aaron come in July they'll be the second 💕  I stocked the pantry and a few other things. It's coming together nicely. 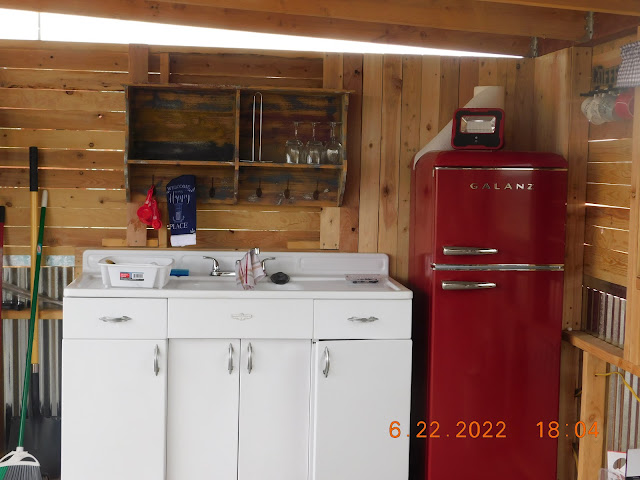 We've had a lizard or two making their home behind the red fridge..uhhh not working for me. I found using moth balls could make a difference ..so we tried and it's working right now. I'll keep looking for more permanent solutions!! I did tell Ken I should have had him screen in the front LOL.

Today we head for Lowe's in Fernley so Ken can get material for the prep table etc.  He put together the big griddle but it's too big for inside. He will build an area just outside the kitchen for it and we can bring it in the kitchen during bad weather. We love it!! Will be awesome, especially when there's company!💕 Thank you again, Eric and Christina!

Time to get this posted and get on the road! Have an amazing day!

Karen opened her store in town "NOT JUST CANDLES", More progress on the kitchen :)

It's been almost a week again, but other than working on the kitchen really not much going on.

I did go to my yearly doctor's appointment and some lab work done. All is good there.

WE took one day and headed to Reno for a Total Wine pickup, Lowe's, Walmart and Raley's. CVI for Linner and then home. Of course, you know the day was done by the time we got home.

Karen opened her store in town on Tuesday.  Ken suggested going out to breakfast before we met her at the store so Ken could do a few last minute things. Breakfast was yummy and out the door with a four dollar tip for $15.00. 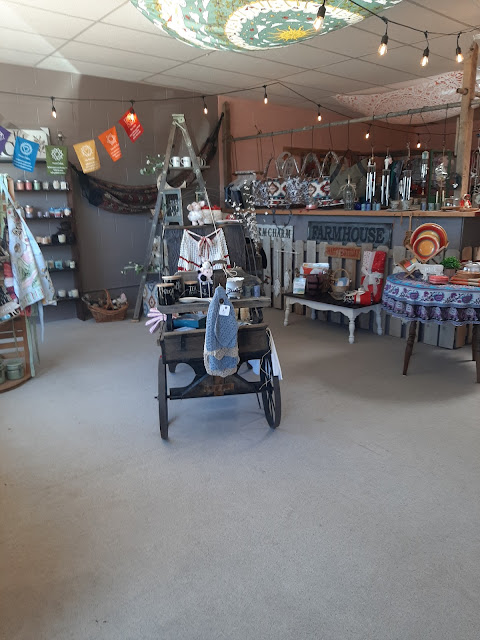 Here's a few pictures of the kitchen. Coming along nicely! 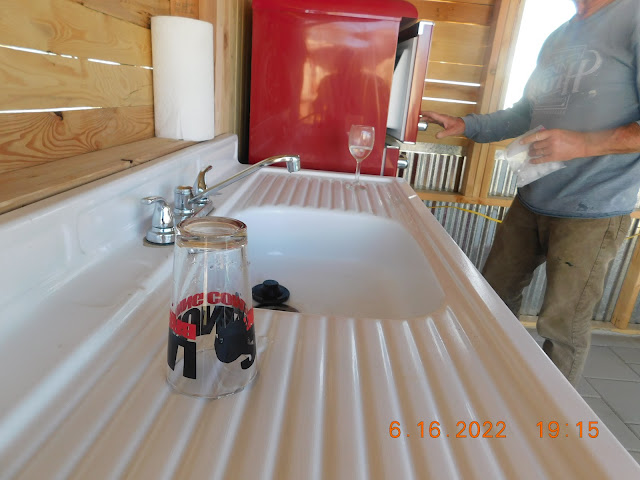 The fridge had been sitting in their back field for years. Opened it up and clean inside. It will be perfect for holding plates, glasses, etc to keep them from
getting so dusty.  Got this idea from our friend Fred in AZ! 😆

Email ThisBlogThis!Share to TwitterShare to FacebookShare to Pinterest
Labels: Karen's store opens, water in the kitchen

Cabinet done, floor coming along! A special gift and a graduation!

Well almost another week has passed and it's been productive. 😀 Most of the week was spent working on the outside kitchen. Ken's getting the pavers down. It is slow going as each paver needs to be leveled so the floor isn't out of whack. He tries to get 2 rows done a day before he has to go on to other things because there is still stuff to do around here. It's also been very hot . Summer is in the air for sure.

I concentrated on the Youngstown cabinet and sink.  Gotta say the prep work was the worst, but it's done! 😍 Finished the sink today.  With it being a bargain in the first place at $30.00, for $42.00 and some elbow grease, sanding and painting we have a beauty!

We'll head for Lowe's to pick up a little more concrete on Monday.

Yesterday we were surprised with a Fed EX delivery of this beauty we didn't know we were getting! Thank you Eric and Christina! 💗 Eric said it was a Mother's / Father's Day present.  I say it's that and Birthdays and Christmas! I talked with Christina last week and she was asking things about the kitchen, but I never guessed we'd end up with this. 💙

Ken barbecued tonight some awesome pork! We had left over veggie mix and it was all so good! Have a great night 😋