Enjoying our time at home, Tying the cab over into the septic system, The Kountry Kitchen gets started (a little)

It's Tuesday afternoon here in Yerington, NV. Ken got the fencing done except we need some smaller fencing to attach to the  two large gates so any animals visiting won't get out. So far we figure the fence has cost about $600.00 using a lot of what we had here. The 3 gates were $430 + posts 70 and $100.00 in concrete. Not too bad considering how prices are up everywhere.

Yesterday The Kays Kountry Kitchen officially got started.  He had three bags of concrete left so he wanted to use them before the rain we got last night started. We set some lines on where we want the walls and he poured the first of the stem walls.  12x20 is the size we decided to build it.  Luckily we both have the same ideas of how we want it to look. 😊

Today he's working on tying the cab over camper into our septic system. He did that with the fifth wheel we have out there that was totaled many years ago and we bought back because other than the frame (Lippert) it was like new inside from 2002.

A few days ago it was over 80 degrees so Ken brought up going for a CanAm ride. You bet! 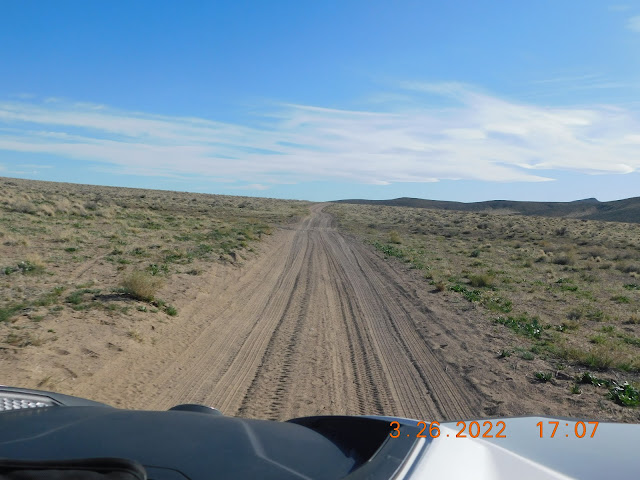 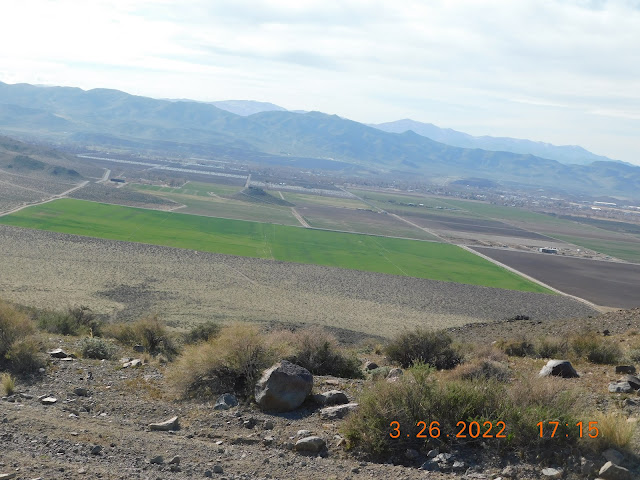 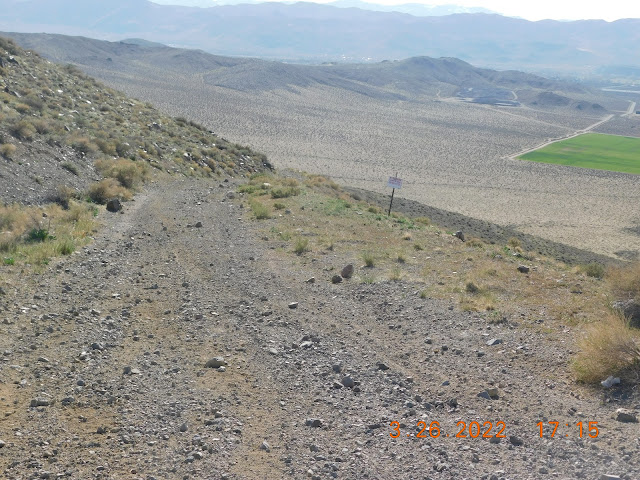 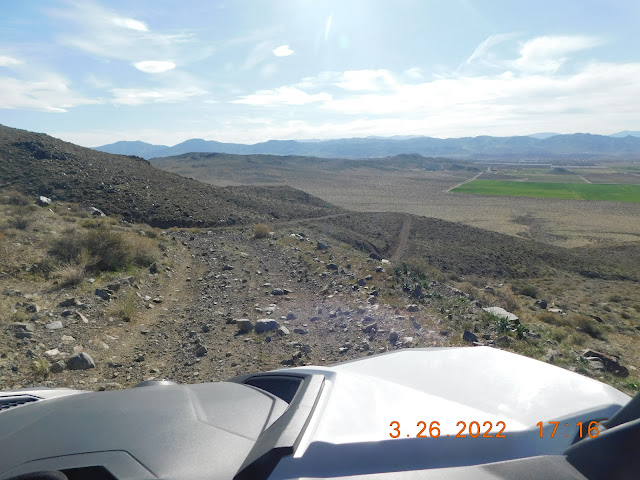 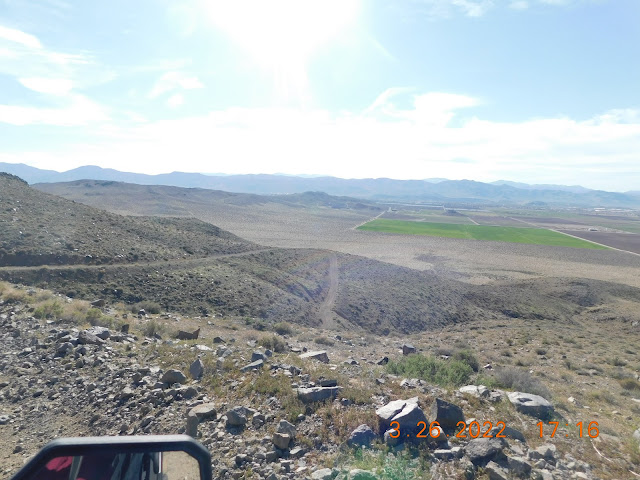 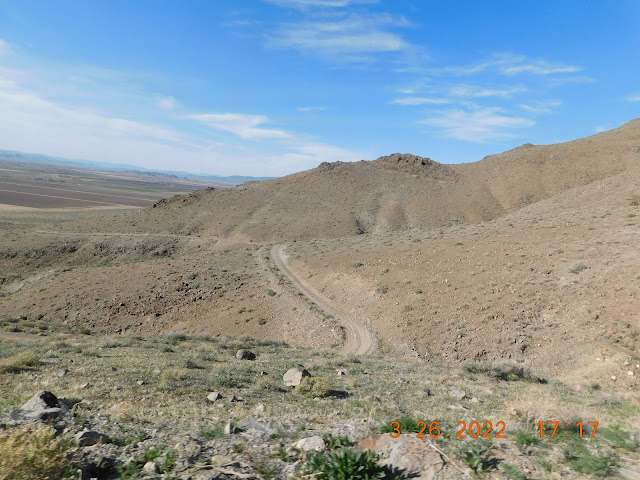 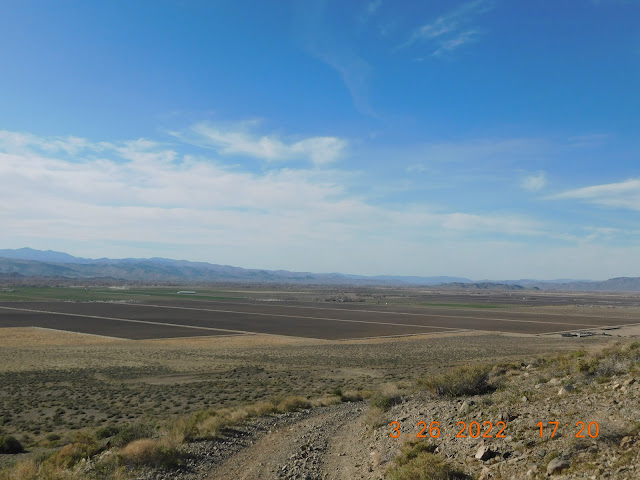 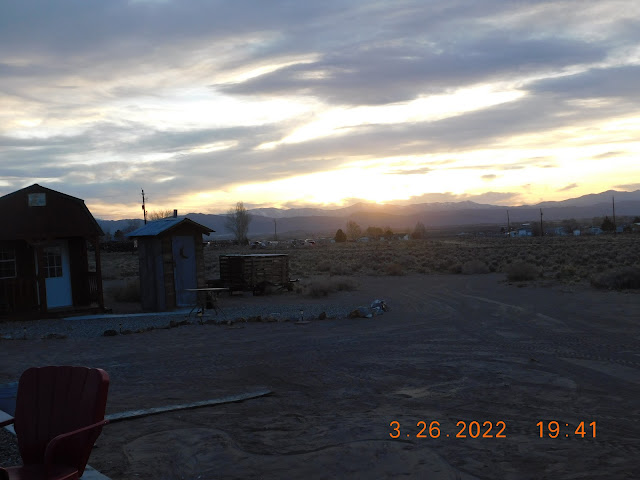 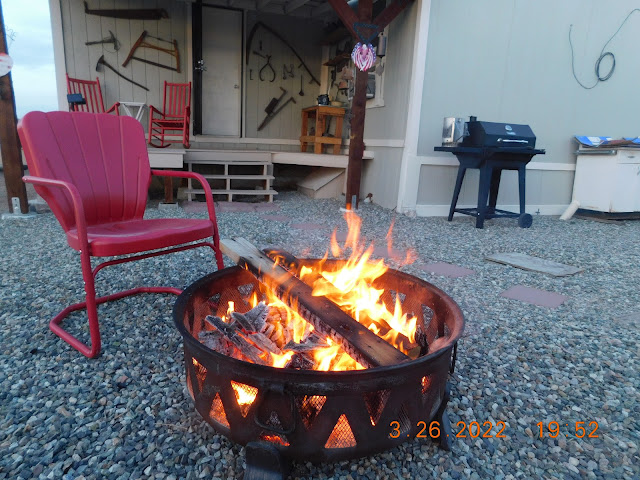 Honestly, we're just enjoying ourselves out here. Not much going on except the projects.  Usually in the evenings we have a fire somewhere, either here or Karen's.

Last night we had the propane fire going and sat on the front porch swing. Nothing better! 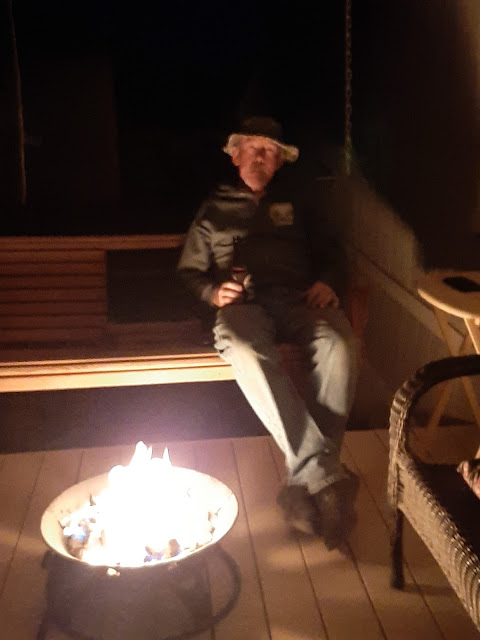 Ken barbecued some awesome burgers and I made zucchini fries. Yummy! Tonight it's stuffed bell peppers for him and low carb one for me (no rice)..                     Of course we can't forget a few convoy pictures! 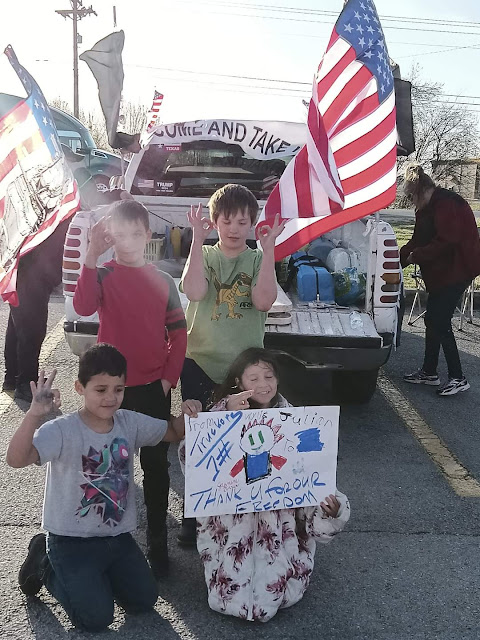 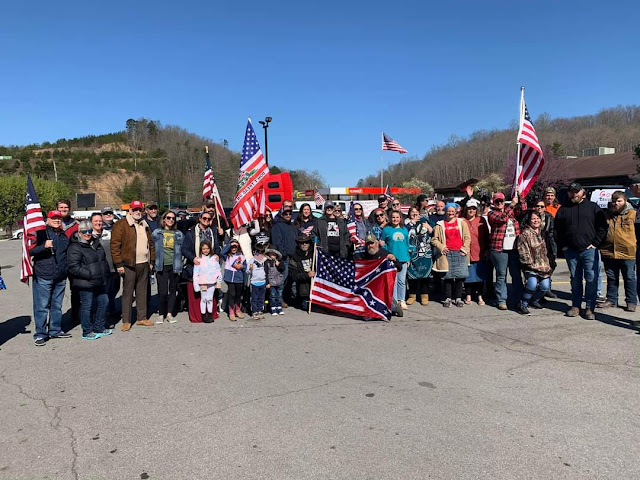 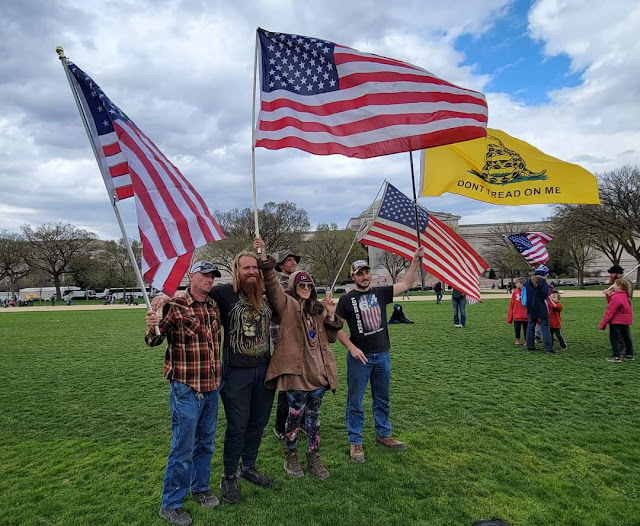 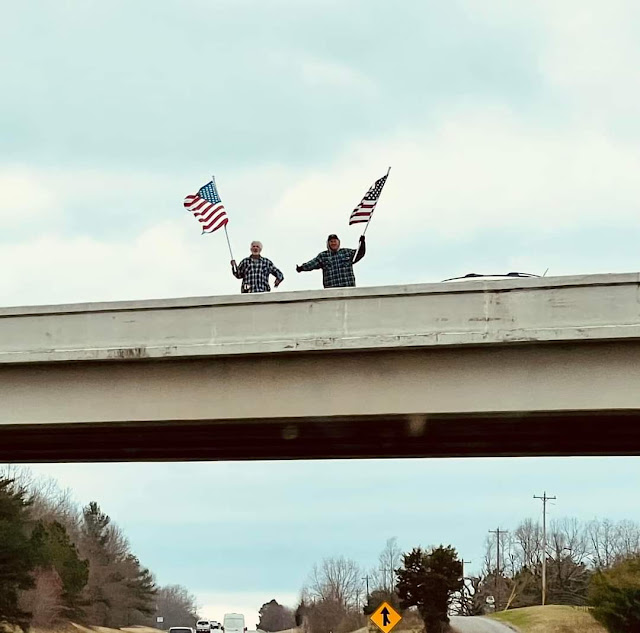 Email ThisBlogThis!Share to TwitterShare to FacebookShare to Pinterest
Labels: cab over and septic, cement for kountry kitchen

Here we go again, almost a week later! I swear I don't know where the time goes!

First off, on the 20th our youngest grandson, Aaron turned 17! How did time fly so quickly there?  Happy Birthday! (late I know)... 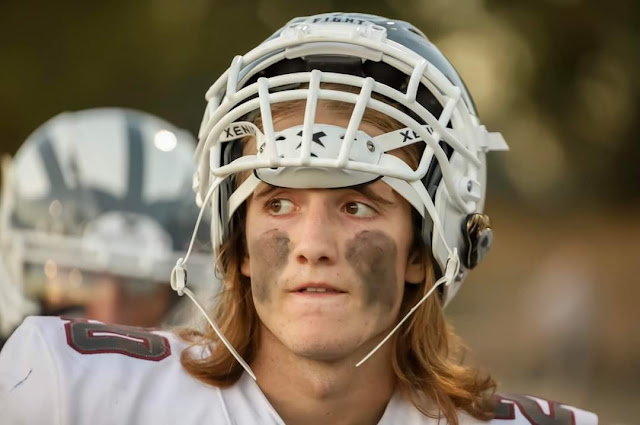 Ken's been working on the fence along with other things. I really like the way it's  coming along💙 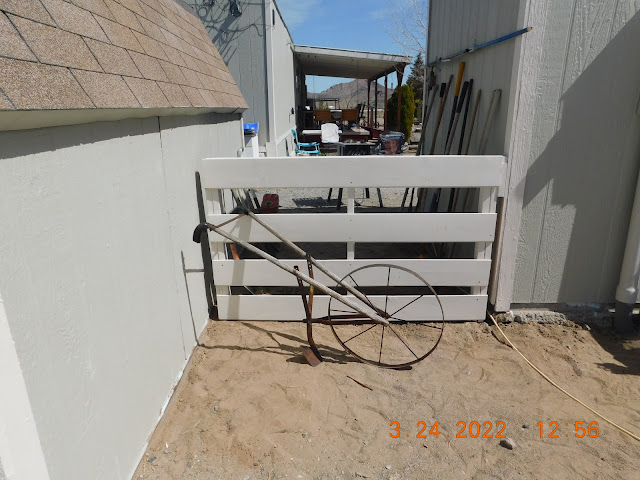 This plow was my grandpa's (or possibly great grandpa's) on my
daddy's side. Daddy got it from the "old home place" in Arkansas in 1970.
He used it every year until he passed in 1990. I used it a few years to make my mom a garden until I didn't.  When my mom passed away it came to our house in Colfax. When we sold we let Bryan and Cheryl have it. When they sold their house a few months ago it came home to us.  💙

I did a little painting on a section of fence and new posts he put by the house. My contribution LOL.

Yesterday was a run around day.  We needed to go to Carson City so figured might as well hit up Reno and Total Wine since we were that close.  Did an online order and they bring it out. Much easier than searching for my wine in the store. Noticed every bottle of my organic wine had gone up a dollar a bottle.

Stole a few pictures from FB to show off Russell and Lori's Kitchen Remodel..now the whole house is finished and it  looks awesome! Astro Painting in Antelope, CA are responsible for the cabinets paint job! 💖 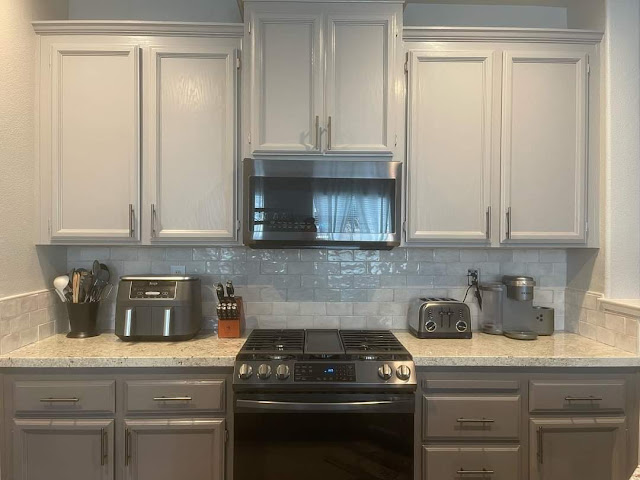 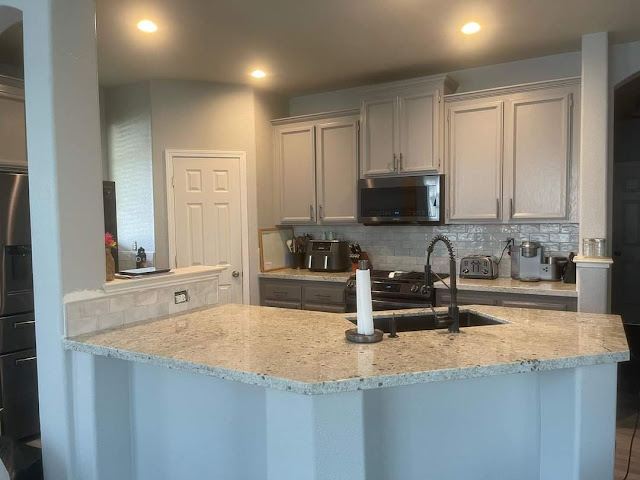 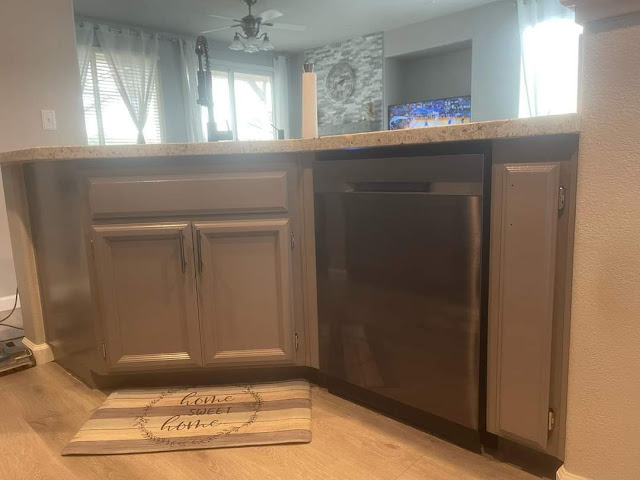 From there it was Tractor Supply to get a bracket that wasn't on the small gate we bought. Bailey was very helpful and gave one to us, no questions asked or no receipt had to be shown. We then went to the weed killer section as spraying needs to be done! Yep, it's Spring! The one we normally buy we paid $59.00 for last year, $119.00 this year!!  A guy who was there to buy for Douglas County said his boss told him spray has doubled and some has tripled! We found one that was on sale (cough, cough) for $89.00 $94.00 out the door..ouch!! Thanks, Brandon!

Walmart for a little grocery shopping. Noticed there that every item had gone up at least a few cents if not more. Bacon was $3.84 not very long ago, then $4.12 now $4.36. Still cheaper than anywhere else though.  Raley's is $7.99 for their cheapest.

Big Betsy's for a linner.  Then home.

Karen was home so we went over there for Happy Hour. She said the doggies were more excited to see us than they were when she got home 💙 It was so cute, we were outside as it was a beautiful afternoon. Mugsy gives me "the look".  I told Ken he wants his food brought outside.  He got it and then has to take some of the food out of the bowl and bring it over to where we're sitting. Mugsy digs in! Spoiled much?! LOL.

Bryan and Cheryl got their new to them home delivered this week. A 29 foot Montana Fifth wheel. We'll be making a trip soon to spend a day or two with them in Lincoln, CA.

We were planning on spraying today but decided to wait until tomorrow so Ken could work on the fencing. Going to be 81 degrees later. Probably short lived but we'll enjoy it for a bit.

Jim, from Jim and Barb's RV Adventure had asked me about the tractors he could see in a picture from my kitchen. More than happy to show off our yard art 😃 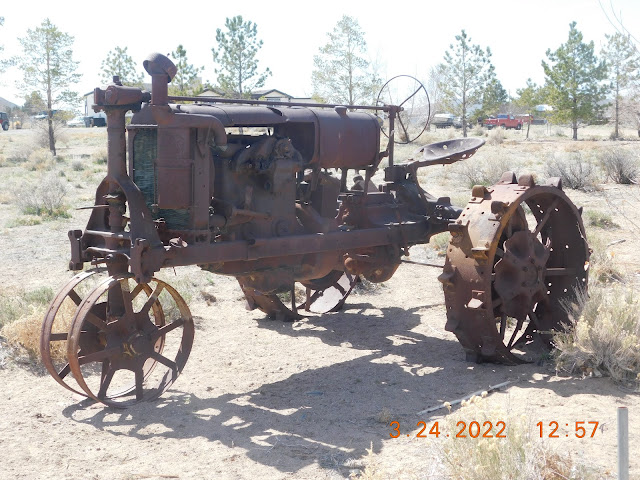 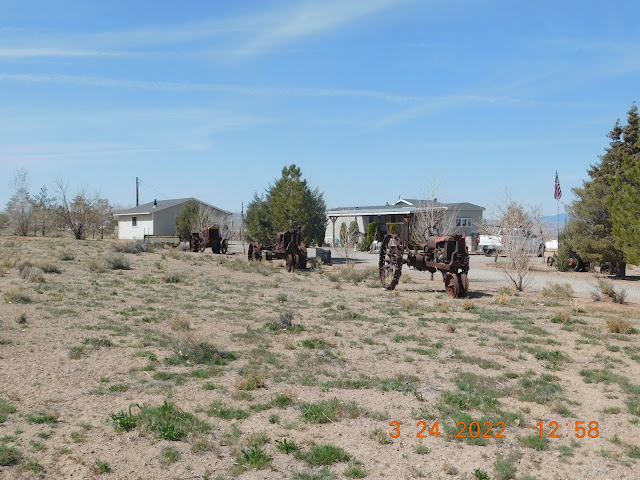 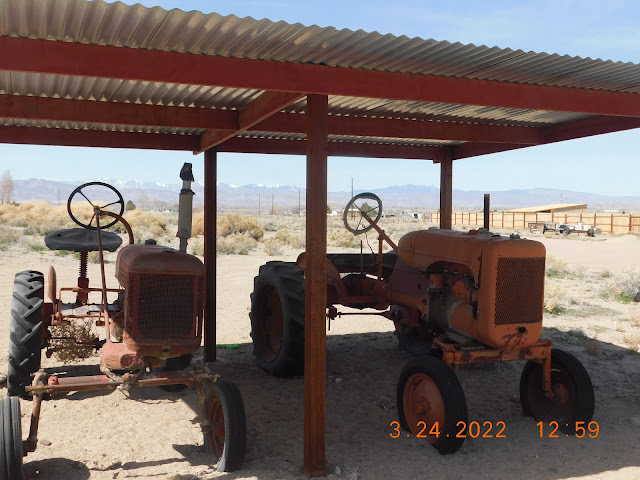 Of course the People's Convoy still going strong in Hagerstown, MD.  Daily drives to downtown DC, meeting with representatives and they still have more people coming out in their own convoys. America! 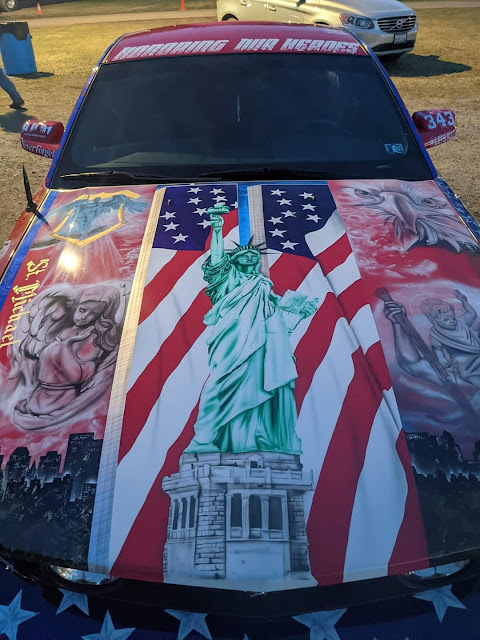 Sad news from my sister as their beloved bulldog had to go over the rainbow bridge.  😢 Tina had the best home for the last 15 years. I know she's got a lot of family up there happy to have her there. As always, hardest on the ones left behind...Hugs Linda... 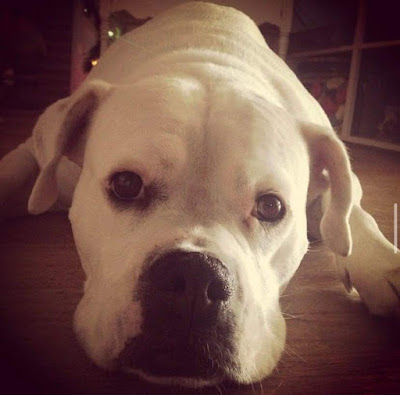 Well, I'm getting this posted on Friday instead of Thursday..supposed to be spraying this am but it's not looking good. It seems the sprayer doesn't want to pump. Ken's working on it, but it looks like we may be making a trip to Cal Ranch later. Oh and our tax packet came so we get to write a check for that too...Geez!

Our thoughts today are with Doug (Miss Adventure Travels) and Al and Kelly (The Bayfield Bunch)...

Dog sitting for a few days..working on the fence..couple of trips to the big cities..few convoy pictures :)

Happy Friday! I actually started this yesterday so rather than erase what I wrote I'll just work backwards LOL.

This morning we were up by 0600 reading blogs and having coffee. Once we got going Ken headed next door to move the trailer that Karen bought from our neighbor that passed away. They'll use it as a guest room once they get it cleaned up. Ken moved it to one of their RV spots for now. Then he did a favor that John had asked him to do and now I see he's pulled the log splitter over there to cut some of their wood to a smaller size. We'll be back over there in a bit for another happy hour with Karen's "hairy children" LOL.  No work today on the fencing, but tomorrow it'll happen 😊

It was actually a warm afternoon, close to 70 so after lunch I got my hula hoe out and took care of some of the weeds just popping up..oh, and I know spring is here, saw my first lizard of the year 😱 YUK!

We left here yesterday (Thursday) around 1100 hrs and headed for Gardnerville to get the groceries we didn't on Wednesday.  While I shopped Ken ran to Raley's and picked up prescriptions. Once we finished shopping we headed to Sharkey's Casino and Restaurant for a late lunch.  Yes we certainly enjoyed! Ken had the fish tacos that he loves there! They are a great place to eat! Lots of people seem to enjoy gambling there as well.  We don't gamble thank goodness 😁

After filling our tummies we headed home. Groceries put away, then it was time to head next door for happy hour with the pups! We had a nice couple of hours and a nice fire outside.  Perfect night!

Most of the week we've been home and Ken's been working on the dog area.  It's coming along nicely.

Then he can start my outdoor kitchen 😁😂

Wednesday it was time to head for Carson City and spend some money. We started at Tractor Supply where we bought 3 gates. Then on to Midtown Marketplace as we wanted to find something for Karen's birthday at the end of the month.We found that and more LOL.  It's definitely going to be one of my go to places! Wonderful people and all kinds of things to choose from, homemade gifts to antiques. I enjoyed spending some money there!

We had planned on heading to Gardnerville to pick up prescriptions, Walmart and linner.  Well we were pushing 1300 hrs so decided to head for Betsy's Big Kitchen and do Walmart and Raley's on Thursday.  Ken's hankering for some fish tacos so we'll time shopping and another linner then.

Karen stopped by this morning as she's headed to Monterey to visit with her hubby John for a few days so we're on doggy sitting duty for a week or so. 😊🐕

Now for a few convoy pictures.  They're still standing strong in Hagerstown MD.  Several of the trucks and lots of cars actually made it into downtown DC today. 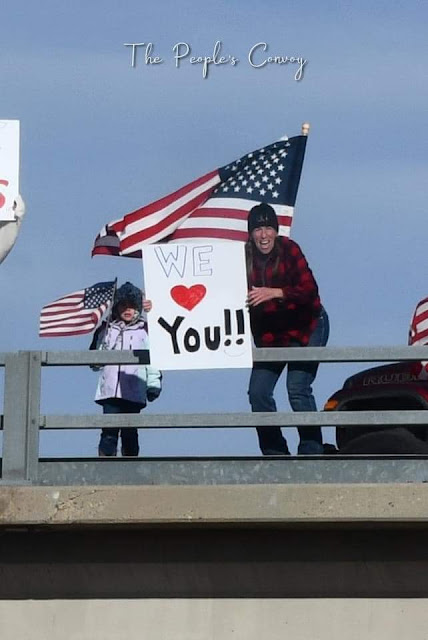 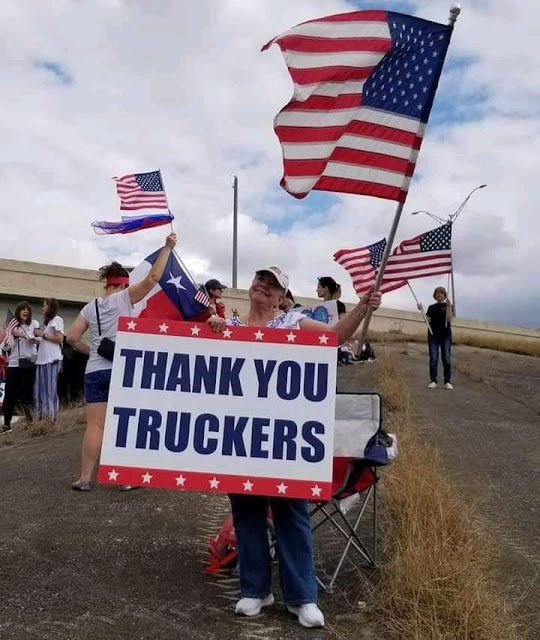 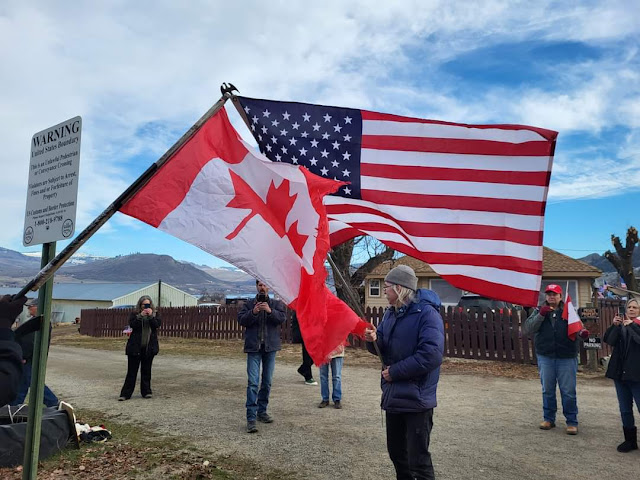 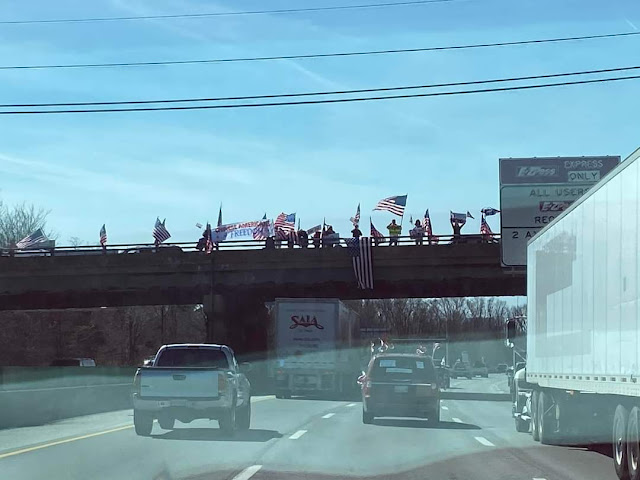 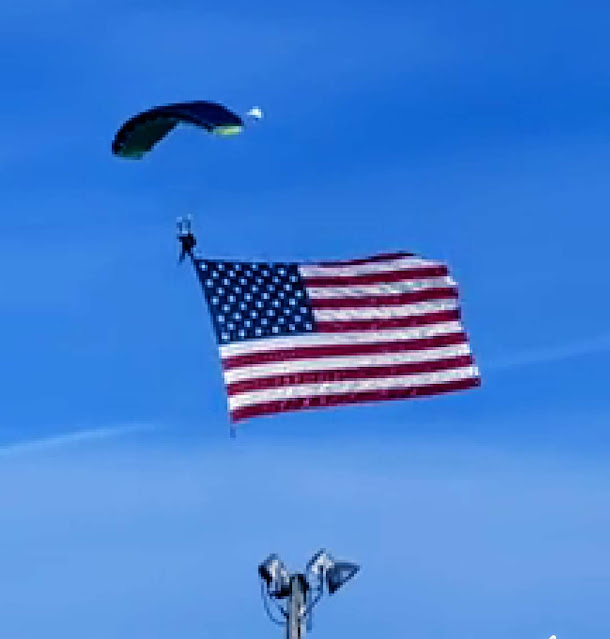 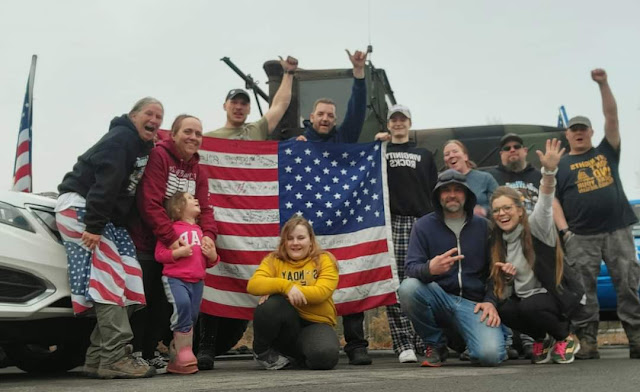 Happy Hour! Time to get this finished and get ready to enjoy this beautiful evening 🍷🍺
We've been here 9 years already on March 13th..hard to believe. 💙