We headed over to Fair Oaks, CA and my sister Linda's house on Wednesday before Thanksgiving to drop off 2 days worth of cooking 😋 Visted with her and Bobby and then headed to the Super 8 where we had reservations for 2 nights.

We relaxed and had dinner in the room that I brought from home.

Thanksgiving morning we had hard boiled eggs and toast in the room that I brought from home.  Since Covid (or at least that's their excuse) no breakfast in the lobby and they used to have a pretty good one. Prices didn't drop because of it either.

Ken dropped me at Linda's and he headed to Rio Linda to visit KC, his annual tradition.

Eric, Christina and Mason were the first to arrive and then everyone else trickled in. So nice to see everyone! We were missing Bryan (who was working), Cheryl, Jacob and Allissa but at least the last two were enjoying Thanksgiving together in Italy. Thinking it's going to be hard on Allissa leaving him to come home after all this time together. Hopefully it won't be too long before Jacob is back in the states visiting. 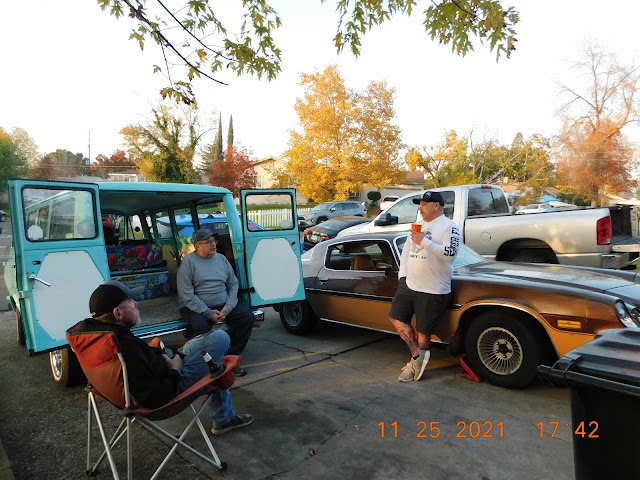 We all had a good day together and before you know it was getting dark. Neither of us likes driving in the dark anymore, so we said our goodbyes and headed to the hotel. Certainly was awesome all of us getting together and enjoying like the old days! Love my family💕

Friday morning we took our time and then headed for Auburn, CA and Edelweiss, our favorite restaurant there! Had an awesome breakfast and then stopped at Eric's house for a short visit with Eric, Chris and Mason. WE just missed Seth and Holly 😔

Then to Bryan's house where we had a visit with Cheryl, Adam and Erin (Bryan was working).  We picked up my orange Jeep Patriot from there.  We loaned it to them a few months ago when Bryan's car broke down. No hurry to get it back but this saved Bryan a trip over.

We got home, unloaded a few things and then headed next door for Happy Hour. Nice to see Karen's family who are in town for the holiday.

After coming home did some decorating, we'll do the tree Sunday evening.

Ken made a fire outside when we got home so enjoyed that for a couple of hours.

This morning took our time getting ready and having breakfast, more like brunch so it included champagne for us! Ken's suggestion, not that I said no LOL.  Yummy! A little more decorating and now looking forward to this evening and getting the tree finished.

Christina took some nice selfies while at Thanksgiving..so I stole them from FB.


Another Thanksgiving came and went.  Thankful for our family and friends. Blessed to be healthy and oh so happy in this wonderful life we're living. 💖💕 Thanks for following along 💖💗

It's beginning to look a lot like Christmas in the bunkhouse :) Adam touches base from Utah, wreaths delivered to the right houses LOL.

Sunday we did head over to Karen's for making cauliflower pizza crust and cabbage lasagna.  It was a fun afternoon for us girls. The food turned out yummy.

Ken put together Karen's new 36 inch Blackstone that John got her before she left Paso Robles. Very nice! We have a smaller one and love it for camping, especially with the grandkids.

We hung out, had a fire and a good time.

Monday we had to be in Carson City to drop off the Tundra for its 30,000 mile service at 0815 so we took 2 vehicles. After picking Ken up we headed for Betsy's Big Kitchen to have breakfast. Yummy!

Then we headed for Total Wine as I put in an order before we left home. Got the whiskey for Thanksgiving as that seems to be the traditional drink of the day for some reason. We'll be heading over the hill to California and my sister's house.

We picked up a prescription at Raleys in Gardnerville, picked up the truck and headed home. We were home right about lunch time, but not needed because of breakfast.

Later in the afternoon it time to head out back to a nice fire.

Tuesday was a stay at home day and time to decorate the bunk house for Christmas. We won't do inside the house until the day after Thanksgiving or Saturday but I wanted to get this done 😊🎅 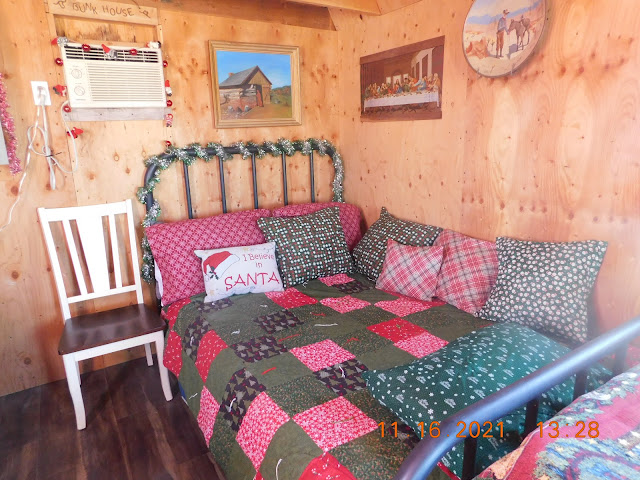 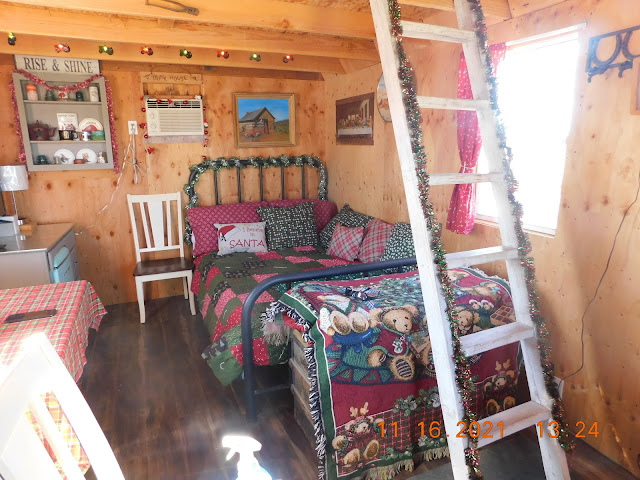 I had a great few hours and I love the way it turned out!

We headed next door at 1300, as Karen's mom was having a little party for a special friend of hers.  We didn't stay long as Sammy, our firewood guy called and wanted to meet in Smith Valley so we could get another load. Off we went. By the time we were done we stopped at Dini's in town for linner around 1630. Came home and we were done.

Wednesday was another stay at home day so tried to do a little Christmas shopping online, a few things done.

After lunch I decided to kill a couple of hours and make some Christmas curtains for the front door. Why not? I had a piece of fabric I've had for years so this'll do for this year. Maybe next year something brighter 😃 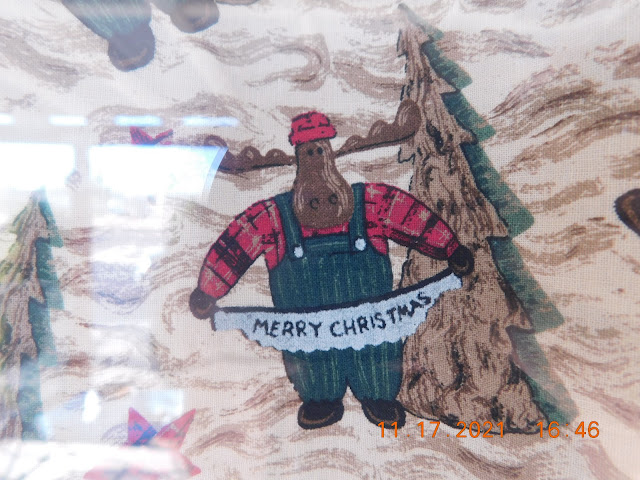 While I was sitting here UPS dropped off our wreath from Wreaths Across America 💖💗💙 Had a couple of phone calls to them as the order didn't appear correct, but checking today it seems the 3 wreaths have been delivered to the correct addresses today!

Ken's been out making a cover for the wood as he's leaving it on the little trailer. It's been a cool day all day 50 degrees right now with a feels like 47. It's been nice and toasty all day as we've had a fire going.  😊🔥

Heard from Adam, he's in Utah near Goblin Valley State Park and is looking for some slot canyons.  He'll probably stop by here on his way home on Monday. 💕 Couple of his pictures below 💙 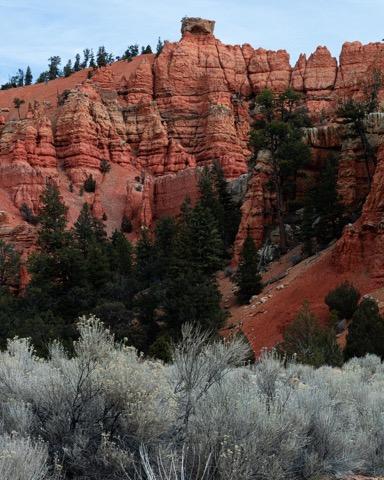 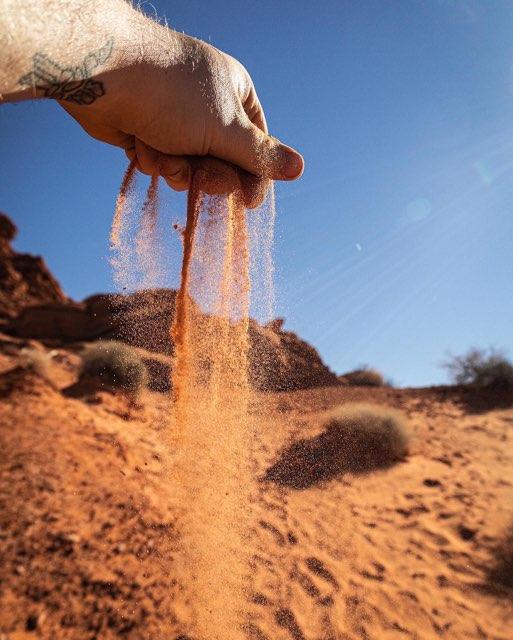 Ken just came inside ready to call it quits. I'll end this now myself. Have a great evening!

Happy Sunday! I can't believe once again where the time has gone!

Wednesday was our grandson Seth's 20th Birthday! I got to talk with him for a bit that evening as he and Holly were on their way home from dinner.  At home they were going to celebrate with friends the Marine Corps 246th Birthday! Very proud of this young man! 💙 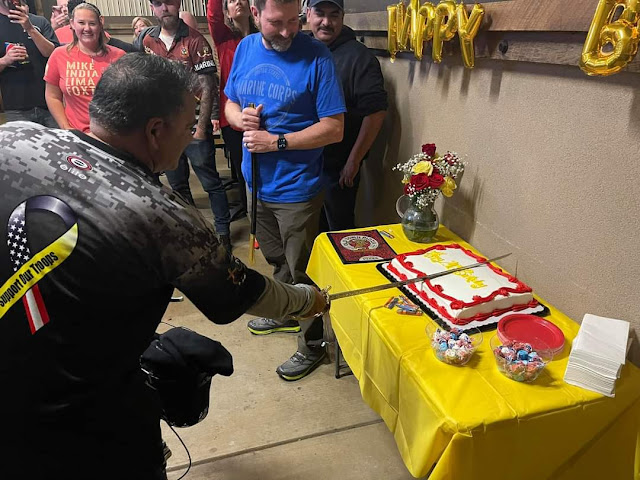 Cutting the cake with a sabre!

That evening grandson Adam came to spend the night.  He was starting a 10 day or so vacation to Utah and around. Nice to talk with him and have us be his first stop.

Thursday morning was Veterans Day and we really had no plans until Ken said "You want to go to Virginia City and watch the Veteran's Day Parade?" Sure!

We got ourselves ready and Adam was ready to leave too! Sent him off with a care package of sandwiches and other goodies.

We got to Virginia City around 1030 (parade started at 1100) and couldn't believe all the people there! Really nice to see the support for America's Heroes! Found ourselves a spot and enjoyed the patriotism 💙💖 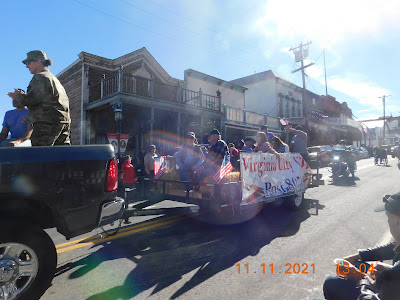 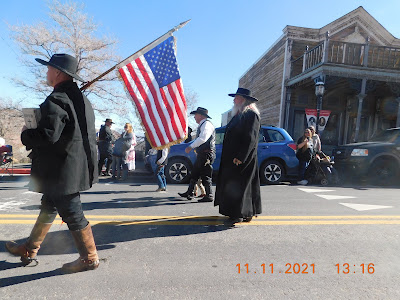 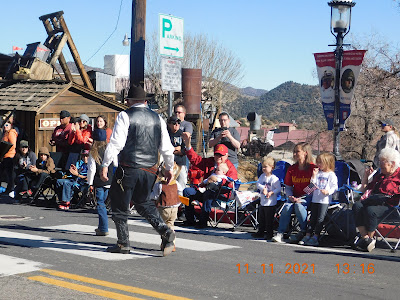 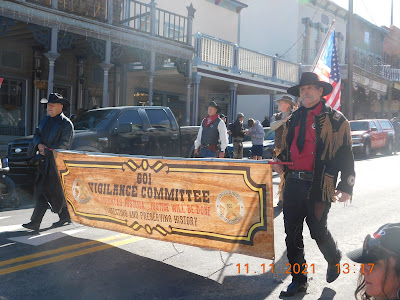 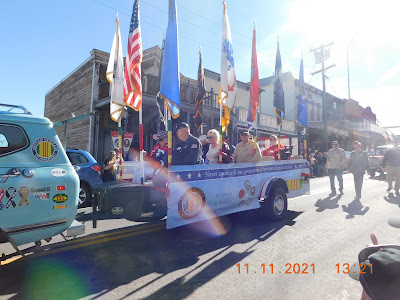 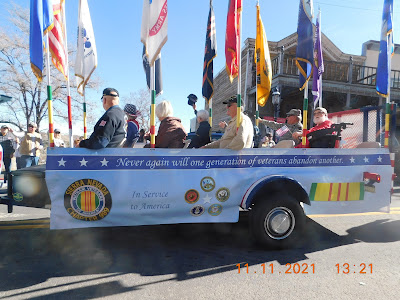 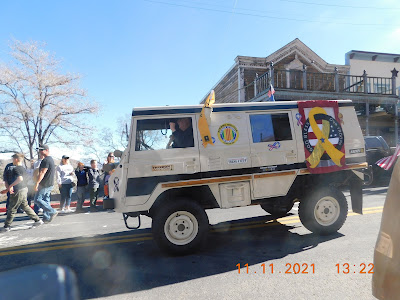 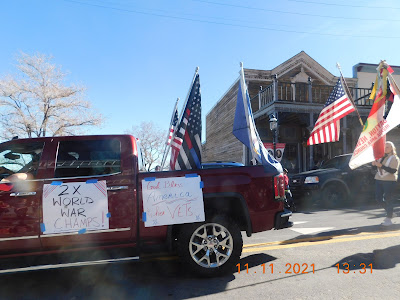 Once the parade was over nearing 1300 we decided to walk up to the bar and grill we liked so much last time we were there! It was packed outside with people eating lunch in the great weather.  We went inside and found our same bar stools open LOL.  Ordered our drinks and chatted with the bartender.  Once we were ready to leave we had made the decision to drive home, rather than go out to eat.

Ken started the barbecue and got the fire pit ready for a fire later.  Turkey burger for me and hot links for him.  We have discovered the 1 carb hamburger buns and hot dog buns, so no guilt at having bread 😀

We had a nice dinner (it was about 1600) and then a little later a wonderful fire! Karen came over once she got home so a nice visit was had there too. 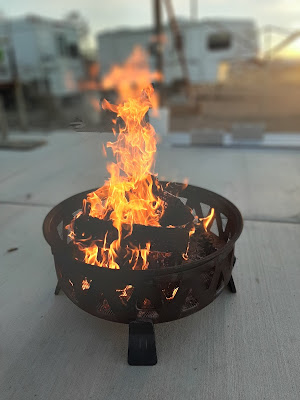 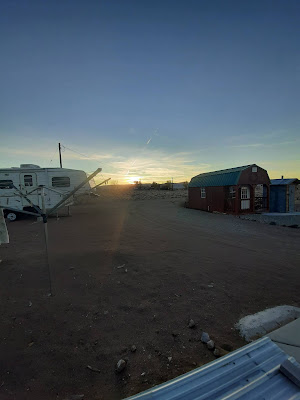 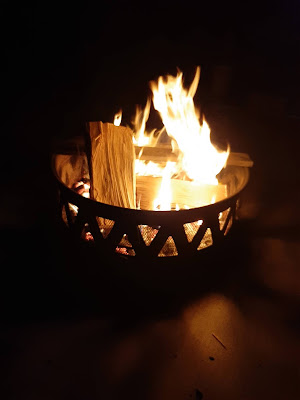 Friday and Saturday were both cooking days for me. Baking on Friday and cooking along with getting things together for Sunday. Ken worked on firewood and cleaning up out back. Since he's moved his firewood area he can clean up his old area which is near our RV Park..LOL.

Tacos for dinner and a fire out back. Perfect!

We'll be heading next door about 1200 today. Karen, her mom and Janey (her mom's friend) are coming over to a cooking demonstration on how to make cauliflower pizza and cabbage lasagna. They all love it and want to learn to make it.  That's what I did yesterday was get together the stuff so today would be simple. The hardest part will be the crust, getting it right..Should be fun!

Just heard from Adam he's outside Bryce Canyon heading for Grand Staircase and Coral Reef.  Having a great time he said!
Stole these from FB...Looks like Jacob and Allissa are having a wonderful time together! 💖💖 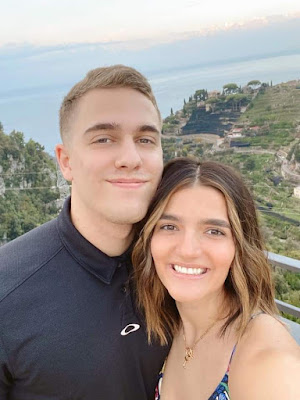 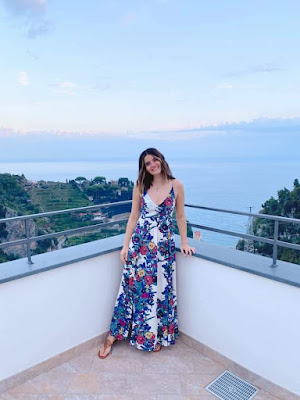 Time to get going! Have a wonderful day!