Moths and my sister's / mom's dog goes over the Rainbow Bridge...

A few pictures from the other day... 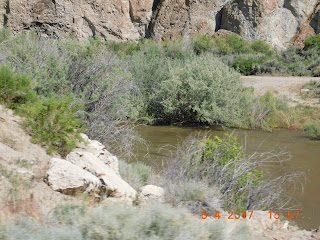 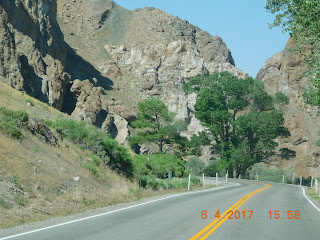 Yesterday morning (Thursday) we got going, straightened up and looked for projects.  Ken decided he's going to get started in the next few days on Susan's project (our neighbors mom).  He went by to talk to her, but she wasn't home.  She's basically told him to do whatever he needs to do, she likes our porch covers so she wants one like that.

After a lunch of salad Ken went out to the bunkhouse to check it out and found lots of dead moths!  How in the world can  that happen?  The door and windows are always closed, but these little devils had died and it looked like they must have been trying to get out, as there was poop or blood running down the windows! Pretty yuky!  So since I didn't have much going, I took a bunch of cleaning stuff and the shop vac out there and gave the bunkhouse a good cleaning.  Still can't figure out how that happened.  But its looking good now!

We sat on the front porch after and just enjoyed the view and a Corona Light for me and a Miller Lite for him.  Not much of a beer drinker but when I'm hot and sweaty an ice cold one sure tastes good!  The wind was blowing hard but sitting on the front porch of the bunkhouse you didn't notice it.

Came in to watch the news (why I don't know)..Don texted and said game 5 of the Predators vs Pittsburgh was on.  We watched the Predators get beaten 6-0..ouch..a lot of fighting in this game, which I hate to see.  Really, you're all adults, act like it!

My sister Wendy had a really hard day yesterday.   When my mom passed away in 2009 she had a dachshund named Heidi.  Wendy took Heidi home with her and her brood.  Heidi attached herself to Wendy and didn't like it when Wendy was out of her sight.  So time moves on and earlier this week Heidi was listless, throwing up anything, including water.  Wendy was so upset.  Yesterday afternoon Wendy's daughter Ursula took Heidi to the vet, they were going to keep her and run some tests along with getting her rehydrated. Not even a few hours later the vet's office determined she was in diabetic crisis and she had to be put to sleep.  Wendy trusts her vet and it broke her heart to have it done.  But it would have been crueler to make her suffer.  They didn't know she had diabetes, before the last few days she appeared healthy and happy.  So Heidi passed to the rainbow bridge and should be reunited with our mom.  My heart just breaks for Wendy, and there's nothing we can do or say to make it any easier on her.