We left home and got to Bryan's house just a little after 1300.. Beautiful drive down Highway 50.  Not much traffic going our way, but tons going up the hill!

So we set up and had our salad for lunch.  Then the afternoon flew by and it was time to get over to the high school.

It was supposed to be 72 degrees, and maybe it was but with the sun shining directly on you it was so much hotter. Graduation was set for 1900 and that's exactly when it started.

76 graduates!  It was a really nice ceremony.  Not a lot of talking by school district staff and other people.  The principal spoke and then the rest was done by the students.  They announced and brought up the kids that were top 10 in the class and they received a medallion.  I hate to brag, well no that's not true..Adam received the medallion.  The kid worked hard and we are so proud of him.  He and one other boy along with 8 girls!

Warning: Picture Overload but it's a once in a lifetime event..
If you click on pics they will enlarge... 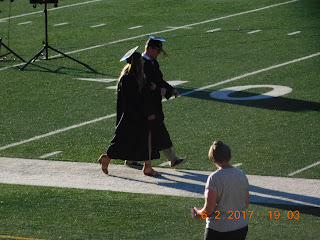 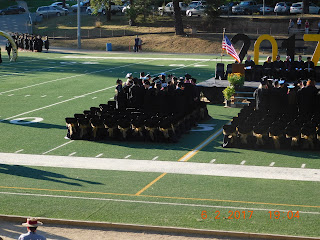 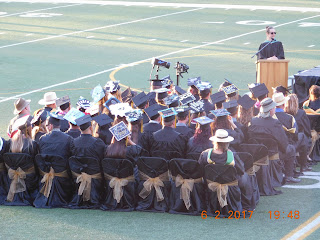 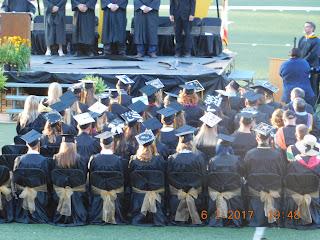 He headed off to Sober Grad Night.  The kids have no idea where they're going, but someplace fun!  Bryan will pick him up at 0530 Saturday morning.  They're not allowed to leave their cars at the school overnight, and it's probably a good idea as you never know what could happen.

We went back to Bryan's house for a few glasses of wine and beer and then a late night dinner.

Saturday morning we set the alarm early, so we could get showers and breakfast before we took off for the day.  Bryan had gotten Adam, who had a great time.  They went to Rancho Cordova for a night of bumper cars and all kinds of other stuff.  They were fed well and then given goodie bags with all kinds of stuff, such as gift cards and ear buds.  Very nice.  The school fund raises all year for this and it costs the kids nothing to attend.  Nice.

We headed down the hill and got to my sister Linda's (Ninny) house around 1000.  The party was set for 1200.  Bryan ran to Winco and picked up chicken and then to Sams to pick up the cake.   He got back and people started arriving.  The rest of the day went by quickly!  Ninny has a pool, so some of the kids went swimming, everyone visited and it was just plain fun.  All the family was there which doesn't happen too often, so that was awesome.  Wish I would have thought to get family pics, but I didn't.  Too busy I guess.  :( 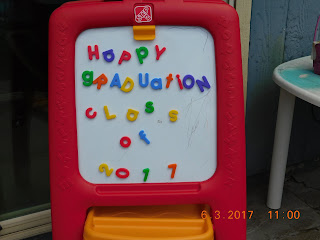 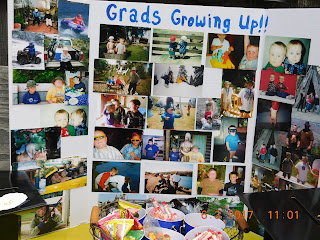 Cheryl made this board for Adam and Ben.. 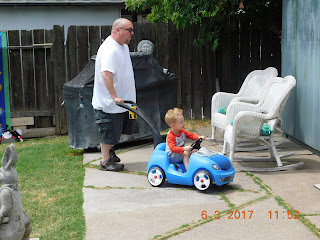 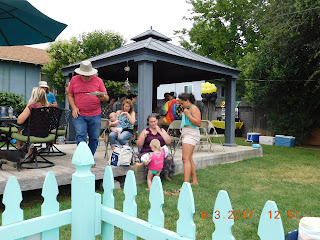 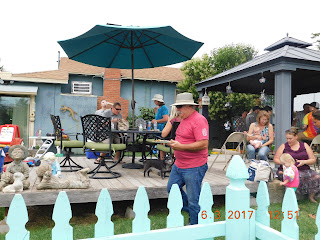 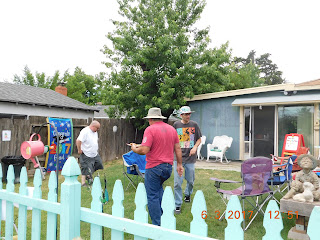 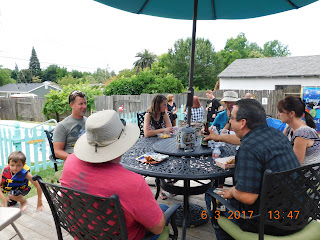 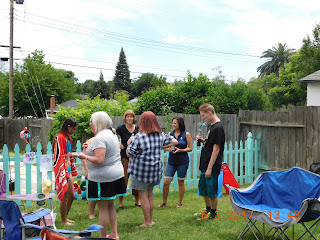 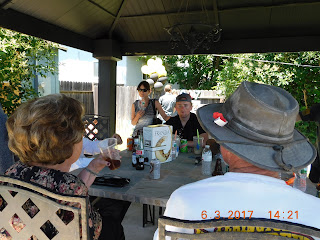 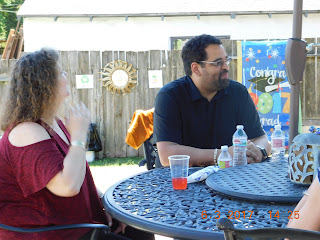 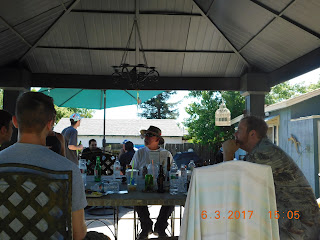 We cleaned up and left there around 1700.  Headed back to Bryan's and I have to say Cheryl and I were exhausted.  Glad to sit and have some wine, the guys had beer and we didn't have too late of a night.

This morning, (Sunday) we slept in until about 0630, coffee, computing, showers and then visited with Bryan and family.  We left about 1000 or so and had a beautiful drive along highway 50.  Got to Carson Valley Inn for a late lunch around 1330.  Yum!  Home we are now.  Unloaded the trailer and now trying to catch up the blog as there just wasn't any time over the weekend.  Good times had by all and so proud of our Grandson.

Just a little bit here....My sister Linda (Ninny) babysat Adam from the time Cheryl went back to work after he was born until he started kindergarten in Georgetown.  She loves him like a grandchild and he's always been special to her.  She calls him  "MyAddie," he calls her "my Ninny."..:)  When he was little he couldn't say Linda, it was Ninny and it's stuck since then.  So her house was definitely the place to have the party. Something to remember.

Well, the weekend's over..summer begins..and Adam's future as an adult begins too..you always want better for your kids..and we got it..We want even better for our grandson(s)..Here's to your future Adam..! We LOVE You and are here to cheer you on in the future!!
Posted by Ken and Shirley at 7:43 PM