Spent most of yesterday hiding out from the heat.  Made some raspberry bars in the morning..breakfast for four 1 at a time with the last being served about 1100.

Ken got back about noon and at 1300 we had salad for lunch.  The boys weren't hungry at that time, but some did have some salad.  Funny, how you sit around with 4 boys and plans change.  We were going to head to Northeastern Nevada on Monday, but with Adam having to go to Sierra College for his counseling and scheduling appointment that leaves only the two brothers (Seth and Mason) here so it was decided that they really don't want to go there.  There was discussion of wanting to go to the Grand Canyon, Yellowstone, Zion etc.  But there's no long period of time that all are available and in the summer months you can't even begin to think of going without reservations.  Anyway, we decided that during the week of July 3rd when we have Jacob and Aaron for sure, they all want to go to Great Basin NP and Cave Lake, we'll have to take two cars but it'll be worth it to have them all together, if it works.  Plans are always changing.

We decided that Saturday morning we would head out to BLM and let the boys do some quad riding.  We were going to do it in the afternoon, but just too hot. The boys and I headed over to the fish hatchery, while Ken stayed home to get the quads out and gassed up. 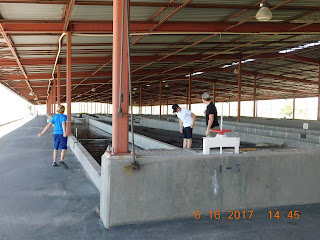 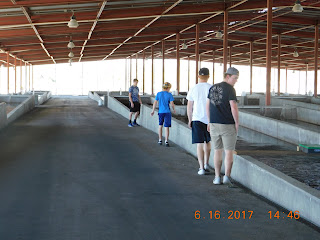 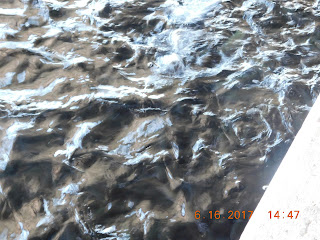 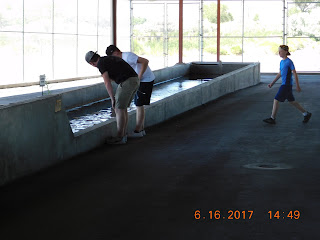 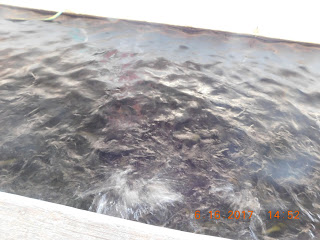 We went into the fish hatchery where they grow Rainbow, German Brown and Cutthroat Trout.  Lots of fish.  Then we headed over to North Pond to take a look.  Adam had driven his own car so after that he headed back home.  Figured since Seth was driving my car why not visit a few of the other ponds in the area.  They really liked Bass Pond and I've got a feeling there might be some fishing later in the summer there. 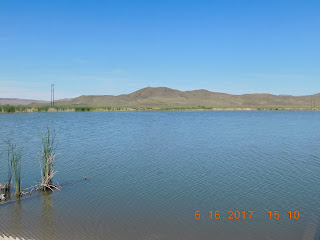 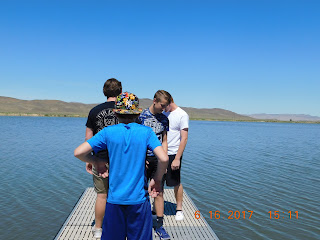 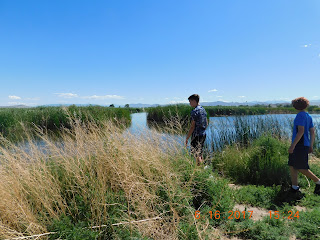 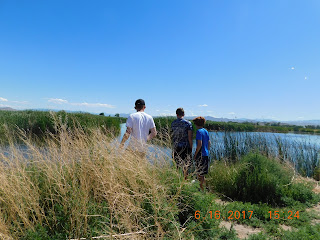 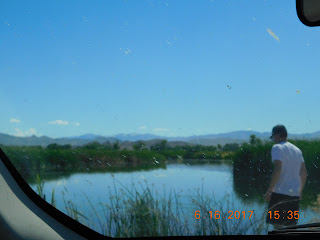 We headed back home and by then the boys were hungry.  Didn't want them ruining dinner so I made snacks of summer sausage, turkey, cheese and apples which were gone in the blink of an eye!

A little ping pong was played, but just too hot for long.. 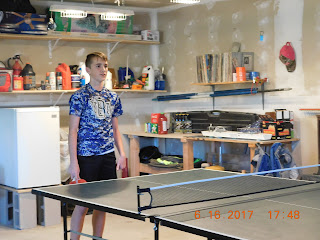 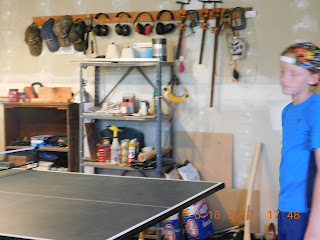 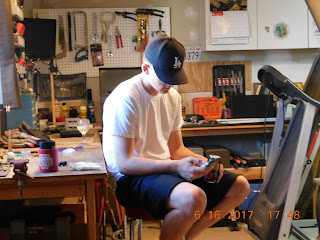 Ken started the bar b q about 1800 and cooked some awesome chicken breasts and pork chops.  Along with corn on the cob and baked potatoes it was a great meal.

We all watched a movie and then called it a night. 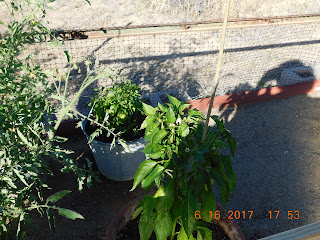 Up early this am to get the boys moving for some riding.  Then we'll head to town for the yearly car show for a bit.