Happy New Year and some quad riding at the BLM...

Well yesterday was a slow going day.  Guess it's supposed to be on New Years Day.  I awoke feeling better, not perfect but I could face cooking bacon for the boys for breakfast, that and pancakes.  Ken wasn't feeling so hot himself, as now he's got the cough and cold sickness.

About 1145 he said, "Let's take the boys out to the BLM and let them ride" so we did..they had good fun for an hour and a half or so.  They rode and we led the way in the truck. We've had no rain for a long time so it was very dusty!  The boys loved it!

Grandkid power from the other day of Aaron bringing the Jeep to the top of the trailer using a come a long..


A little video of them riding...definitely shaky as I'm looking out the back window...


Ken was going to bar b q some burgers for dinner last night but he was feeling worse so I made some ham and grilled cheese sandwiches..nothing fancy but it worked for the boys.  We called it an early night.  The boys watched movies and played some video games.

This morning (Tuesday) Ken plugged in the coffee at 0630 came back to bed and we didn't wake until 0715. That's late for the both of us.  He is feeling worse today than yesterday so as I write this at 1100 he's back in bed.  Hoping to take the boys shooting one more time, but we'll see how he feels later today. We both hate being sick, especially when the boys are here.  Darn it!

This is their last day here and i'll be taking them home in the am.  Love having them, it always feels so quiet when they're gone for the first few days.  Not sure when Easter Vacation is but that'll probably be the next time any of them get to come (if we're home).  So we treasure the time we do get to spend with them!

Here's a few pictures of yesterday's riding ..trying not to overload, but know their parents like to see.. (ok I lied)...*clicking on the pics will enlarge them* 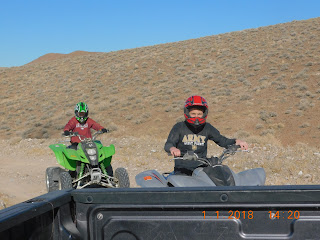 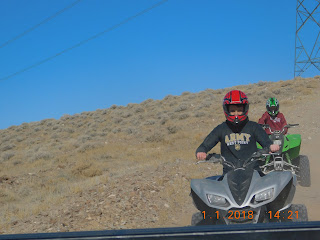 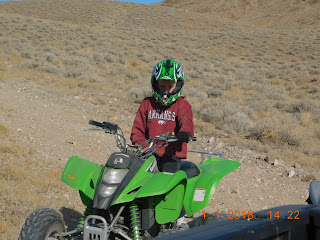 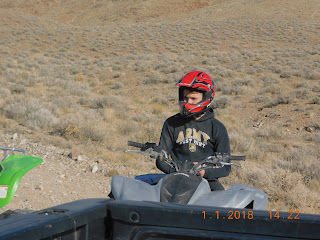 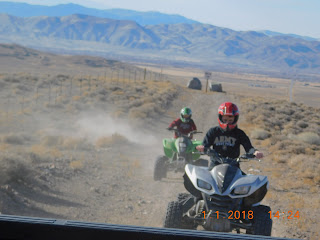 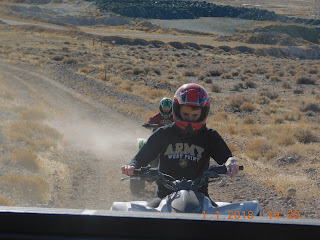 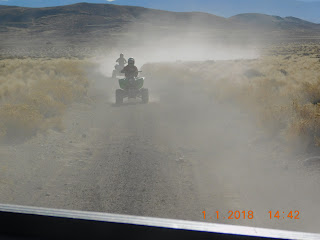 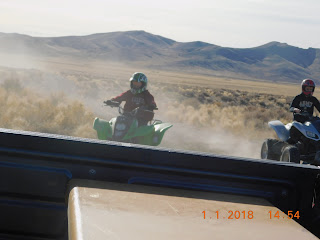 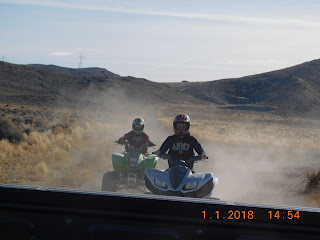 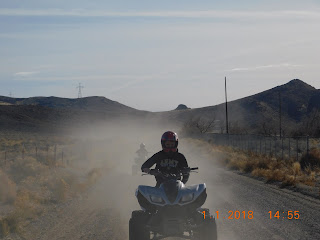 Ken talked to Russell last night and with their schedule (and ours) looks like we'll probably do a one day turnaround and try and get him the Jeep this weekend.

Have a great day!  Hope everyone who's under the weather feels better! :)
Posted by Ken and Shirley at 11:33 AM