Some pics from the weekend and Washoe Lake State Park

We woke up yesterday morning at Washoe Lake State Park. A cool morning but still near 40 degrees heading towards 78. We took our time getting out of there because we knew we only had an hour and a half at most to home.  I was able to get the trailer cleaned before we left so all I had to do was empty the refrigerator and get the other basics out once we got home. Taking our time we were still out of there around 1000 I think and home before 1200.

Work done, so we just enjoyed the afternoon doing what each of us wanted to do. I've decided it's time to clean out the cabinets in the kitchen and rearrange some things.  I love Winco and my purchases show it! haha..

I've posted some pictures that I wasn't able to post Monday because of the slow internet. 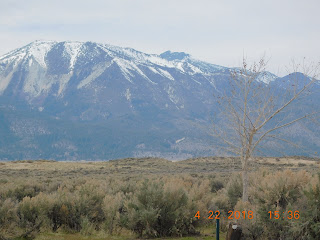 We decided to take the 97 Ford (aka: Money Pit) over to Ca instead of the Tundra as the Ford gets much better mileage when pulling the trailer.  Diesel is actually running a few cents less a gallon than gas also.  We're thinking if we keep it in the CA and NV area it could last a long time. If it breaks down then we won't be too far from home either. LOL.. 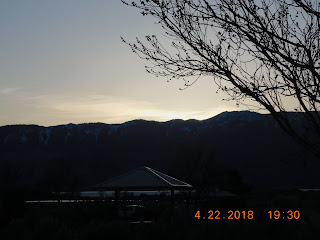 This morning after visiting with friends and getting ourselves going we're going to head for Fernley, NV and Lowe's. Grass and weeds are starting to grow with the nice weather so we're hoping to get some weed killer for the sprayer and some concrete to finish up the walkway to the garage.

Have a wonderful day everyone!  82 degrees expected here but a cool down in the next few days...