This is going to be a long post, trying to catch up on the days of no/slooowww internet.  Funny I just kind of assumed, that since we weren't in the boondocks somewhere the internet/mifi would work..NOT..no way could pictures be loaded either.


Tuesday April 3rd..We left Osage Hills State Park this morning at about 0900.  We had Garden City, KS in our minds to spend the night tonight.  We are safely parked at the Walmart in Dodge City, KS.  A little short of our goal, but that's ok. When we left this am it was 67 degrees! By comparison, when we woke up yesterday it was 31degrees with a feels like of 21 degrees! By the time we hit Ponca City (about 40 miles) it was down to 49 and very windy!  The day got cooler and the winds picked up. When I say windy I mean truck shaking winds.  We were on the back roads so Ken was able to scale down the driving speed, a lot easier than if we were on the interstate.  A beautiful drive across the top of Oklahoma and into Kansas. 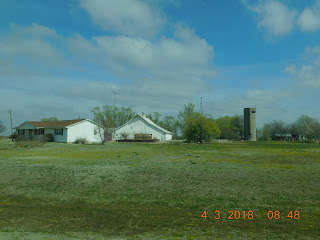 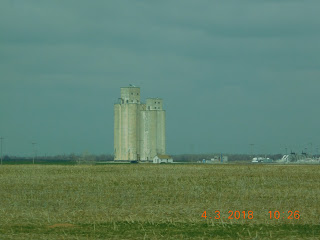 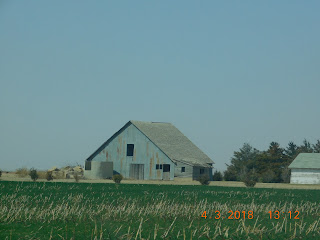 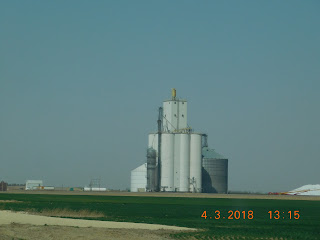 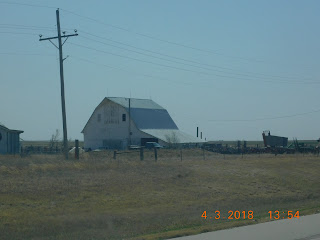 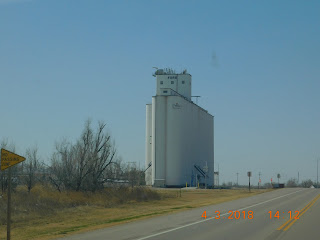 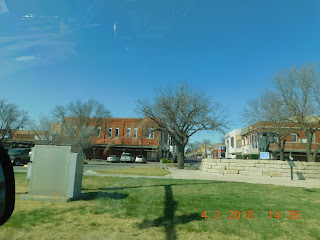 Monday, April 2nd..  We got ourselves up and got ready to head to the town of Pawhuska to visit the Mercantile and also to do some laundry. We found a nice laundry, Osage Laundry.  The couple who own it retired from Hemet, CA and moved to Oklahoma. Bruce and Lyndell are very nice people and they have done a great job on the laundromat.  Nice, new washers and dryers, plenty of room for folding clothes. Reasonable prices too!

While the clothes were drying we headed to the Mercantile to see if I could spend a little money.  We headed upstairs first and I saw Ree's son, Bryce heading for a break room, as he works at the bakery upstairs. He is about as tall as my grandson, Jacob!  The only celebrity I saw. haha..Headed downstairs and looked around a bit. Spent a little $$ but a lot of the stuff is just too expensive for my tastes and wallet :(  Glad we went as it'll probably be years before we go back. This was our second year in a row. 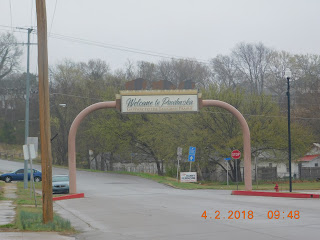 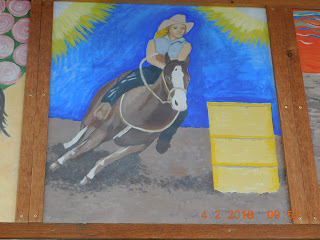 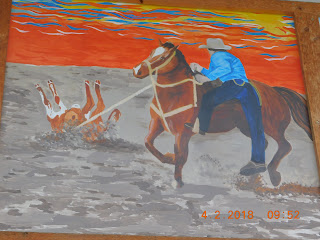 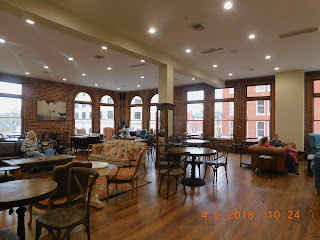 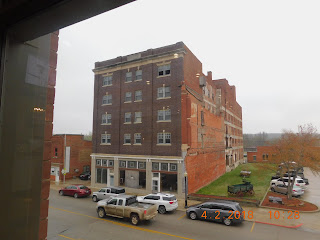 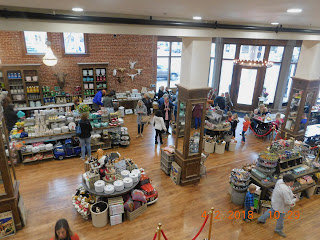 We got our clothes and then headed over to El Vallarta's Mexican Restaurant. We ate there last year and it was so good, thought we better check it out again. So delicious!  Way too much food so we took leftovers home, but saved it for tonight.

A visit to the liquor store and gas station and we headed back to camp. Watched some tv and a movie and then to bed. It was way too cold to be outside, actually the day was cold and drizzly.

Friday, March 30th... We awoke at Spadra Corp of Engineer Park in Clarksville, Arkansas.  After visiting with friends and getting ready for the day we decided to make a picnic lunch and have it somewhere down the road. I got tuna sandwiches ready and we headed out.  We stopped at Walmart first, to get it out of the way.  Then Atwoods to see what they had. We like that store, as it's where we bought our ice chest we have on the front porch at home and my cowgirl boots :)  Came up with a few things, and then decided to drive through Clarksville and get a few (hahah) pictures.  Once we were done with that, it was 1300...well might as well drive back to camp, dump some groceries, have lunch and then go for a ride. 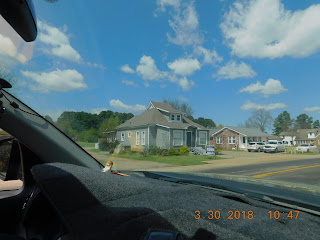 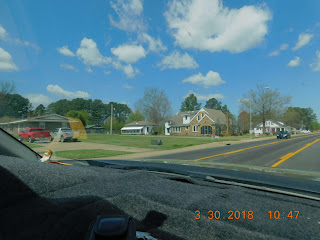 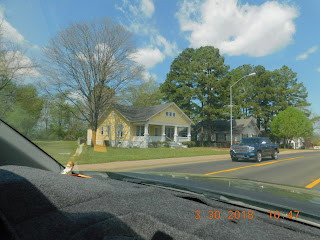 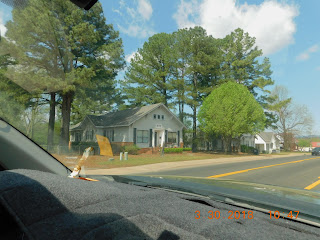 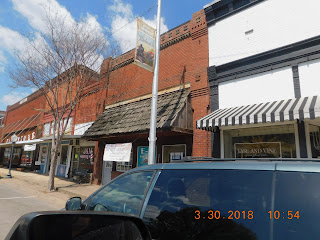 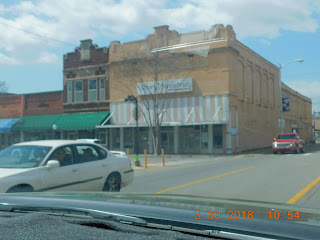 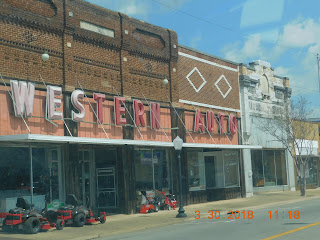 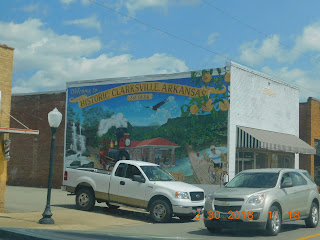 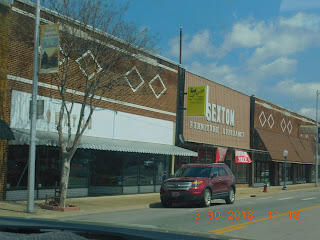 We left the campground and headed for Piney Bay on Lake Dardanelle.  A beautiful drive and then to the campground.  Very nice, but probably won't stay there.  Nice campsites, but the swimming beach is the draw I'm thinking. Sites are more crowded than at Spadra. If we were coming in the summer, I could definitely see staying here but in the winter or spring, Spadra works for us and that one is several miles off the freeway. 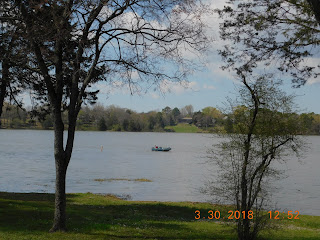 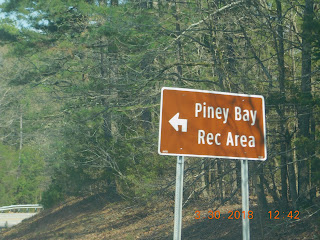 We went back to camp and then enjoyed the evening, lots of boats going in and out enjoying the water.   Brian, the camp host said there was a bass tournament this weekend so there would be tons of boats coming.  We figured we might stay on Saturday instead of moving on.

Ken lit a fire and we enjoyed hanging out for awhile. Eventually we hit the bed and had a good night's sleep. 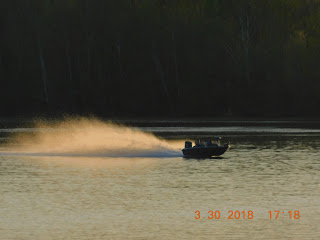 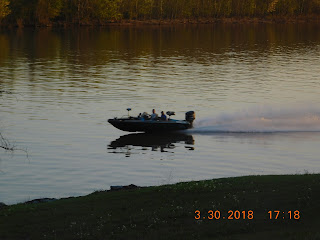 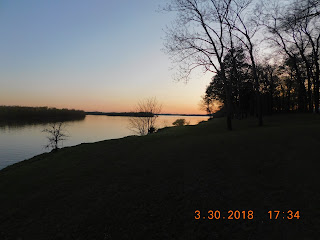 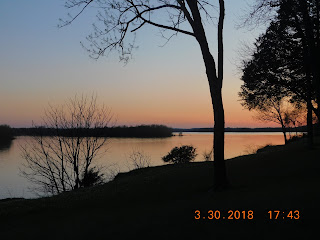 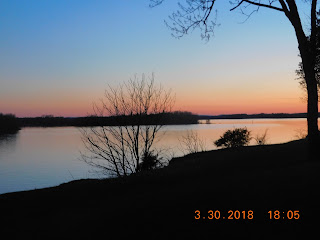 Saturday March 31st...We enjoyed Ree's Tator Tot Casserole,for breakfast. We decided to go ahead and drive a hundred miles or so and be that much closer to Pawhuska. The boats really weren't much to watch at Spadra. We said goodbye to Brian, and he was disappointed at the boats that showed up for the competition.

A nice drive down I 40 ( I know who would believe I would say that)..GIP told us where to go. We were looking for Webber Falls Campground (corp of engineers). Ok, it looked good coming off the freeway..followed her for several miles and then she had us turn on a dirt road, hmmm...not what Ken had in mind. Long story short, she probably took us to the reservoir but not the campground..(ken had to back up to get us off a dead end road)..WE hit the main road and found Greenleaf State Park.  Found us a nice campground.  Electric, water and a dump station $20.00 a night (if you're an old guy)..$22.00 if you're young.  Beautiful park. Ken spent an hour or so talking with one of the Rangers....nice guy obviously.

Ken bar b q ued some awesome chicken thighs for him, and half a breast for me. Salad on the side. YUM!

Well, I've got this done..I guess the only saving grace is that I had tons more pics..and didn't post them..haha..glad to be caught up for now.  Leftover mexican for dinner and then onward to Colorado tomorrow. 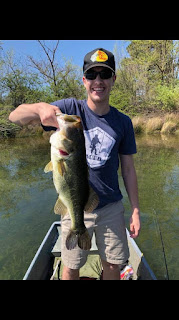 Have a good night everyone!
Posted by Ken and Shirley at 5:23 PM