Arizona Marketplace, A great visit with Bill and Patsy

Yesterday morning (Thursday) we left here around 0900. We wanted to be at the Arizona Marketplace when they opened, but that didn't happen. Not a lot of people were there yet. It was on the cool side but it warmed up quickly.  Lots of vendors and you could probably find most anything you were looking for. I'd definitely go back.

We ended up finding the American flag we wanted, most stores sell 3 x 5 and that's just too big for the trailer. We found 2 x 3 and American made.  Funny we paid $20.00 for the one made in America and they were selling the ones made in China for $14.99 that looked the same as the one we bought.  We like to buy American made when we can.

I bought a sign just like the one I saw in Parker.  Would have bought a couple of more for little gifts but I got the last one! We were ready to leave and were walking out and there was a vendor selling long sleeve shirts that Ken likes to wear. Found him two Wrangler shirts for 2 for 13.00.  Can't beat that!

I heard from Patsy  (Chillin' with Patsy) yesterday morning and since we were leaving today they invited us by for a bit.  They are at the Yuma Lakes RV Resort.  I texted her we were on our way if that worked. It did!  We ended up spending a couple of hours just chit chatting away!  We could have spent more time I'm sure, but it was time to get going.


I know we're already looking forward to next year, if not before. You never know!
Coming in on their road we saw a sign that said, Mitry Lake 7 miles.  We knew Mitry was somewhere over near our campground so we decided we'd take that way home. NOT...We got down the road a bit and it turned into a dirt road.  Since we really had no idea where we were we didn't want to chance it and it was after 1430 we made a U turn.

Since that put us going back to Yuma we figured we might as well get gas and ice since we were putting that off until Friday. After we got that stuff out of the way, we decided to go ahead and get an early dinner at Daybreakers once again.  Not what we planned but what the heck it worked. 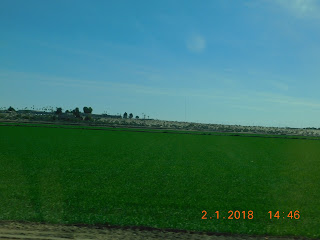 We got back to camp to enjoy the evening and sit outside until after dark.  Just love this area. 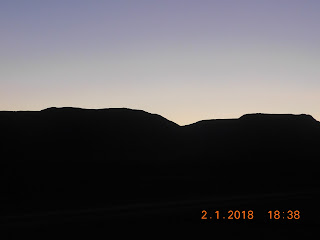 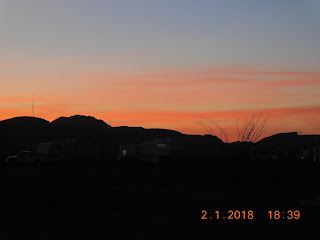 The moonrise is still incredibly beautiful..love watching it! 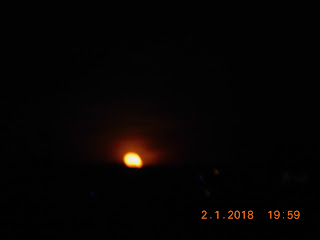 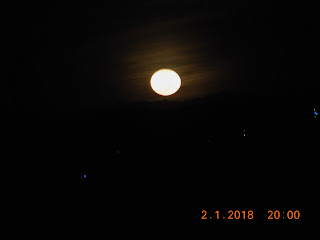 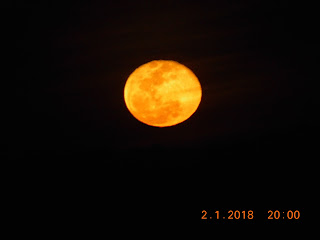 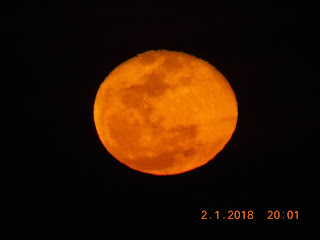 Today we are moving on after lunch.  Headed to Quartzsite this afternoon for a few days.  We're hoping to check into a sun shade for the trailer and a few other things.  Hopefully we'll get to see Tom and Deb later before they move out tomorrow.

With that being said, time to make some lunch and get going!
Posted by Ken and Shirley at 11:49 AM