Happy New Year Everyone!  Hard to believe this is 2016! In 9 days Ken and I will be retired 6 years!  Amazing!

Tuesday morning I headed over and picked up the boys.  Jacob and Aaron were at Eric and Chris's house so I only had to go to Cool.  Picked everyone up and headed towards Placerville, a quick stop at Carl's Jr and then headed home.  Adam drove a bit of the way and then going over the mountain, i drove as it was pretty icy..(and I just felt better about me driving)..haha..

Stopped in Minden planning on getting a couple of Papa Murphy pizzas for dinner, but guess everybody else had the same idea.  So off we went.  Called in for a pizza at Round Table..which basically sucked! That place is so hit and miss..oh well, it was gone in a matter of two minutes.

Wednesday, we headed to Scolari's for some things for New Years Eve. Nothing too exciting here, as it's so cold (12 degrees) and it doesn't even warm up to freezing during the day!  A lot of ping pong playing going on!

Thursday, I made a bunch of dips, we dressed up some pizzas, cookies, brownies etc...and we made it to midnight!  Barely, I must say!

Today, it's Friday about 0830 and everyone is still sleeping!  Tomorrow I plan on running the boys home..and they won't be back till Easter probably.  :( 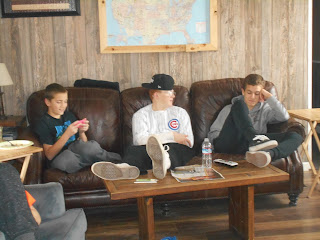 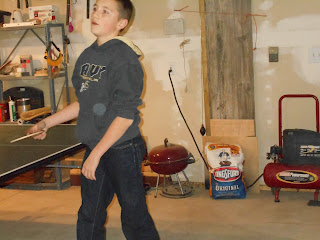 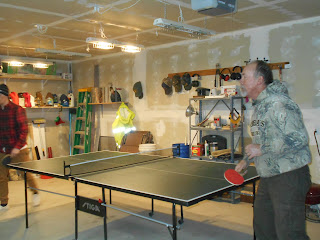 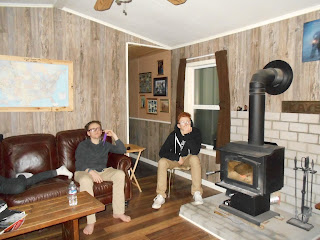 So onto today..time to get cooking some breakfast!