Kept the boys another day...Waking up Monday in Boomtown

So I was planning on taking the boys home on Saturday..then came up with the idea to take them to Berlin Ichysaurus (gonna have to check that spelling) State Park. Adam, Ken and I went a couple of summers before and thought it would be a good day trip..well, when I checked the weather the temp was 2 degrees..well, that won't work for outside.  So we decided to take them to the Ordnance Museum in Hawthorne, NV.  Figured we'd have a quick lunch at Walker Lake and then more ping pong before calling it a night. 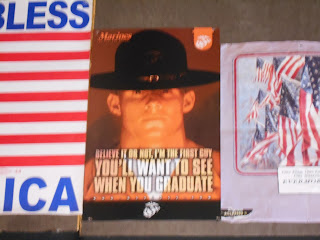 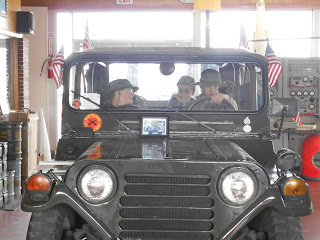 In talking with one of the volunteers there, he said that if it was warmer weather he would open the hatch to the tank and the kids could go in, but they'd freeze if he did it then..next thing we knew he had gone outside and opened it for them!  So sweet!  The kids loved it, think they'd have stayed inside for hours if we'd have let them. 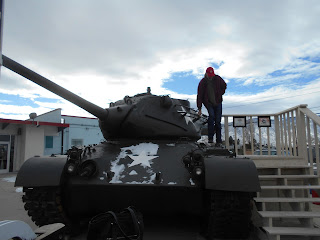 After leaving the museum we drove to Walker Lake and had a quick lunch..was way to cold to spend anytime there!  Got home, Ken made a fire in the garage and we spent some time out there with the kids playing ping pong.  Then we called it an early night as I knew we'd be getting up early to head for CA.

Ken suggested that night rather than me doing the one day turnaround, why not meet in Boomtown and spend the night?  Ok works for me...100 miles or so less traveling.

The boys and I left here and headed for Ca..Christina met us in Auburn and she took her two boys, we headed down, had a quick visit with Russell and then Adam and I headed to his house..then I headed for Boomtown.  Ken got there just a little bit before me and had us checked in.  We relaxed a bit and then headed to the casino area to check it out.  The Guitar bar had a single singer who was really good!  Did some blues and easy listening music, so we spent a little time there, had a few drinks and enjoyed the music.  Back to our room and dinner of El Pollo Loco which was yummy!

Got up at 0730 this am!  Haven't slept in like that for quite awhile!  We headed over to Meadowood Mall to check out the clearance sales...not much going on..we didn't spend any $$ there..then over to Tractor Supply in Minden.  Ken bought himself some coveralls, as he thinks they'll come in handy soon.  He's planning on starting the "Really Ugly" Bathroom project this week.  He'll be able to get some of it done before we head to AZ later this month.

Had a great time with all the boys...hoping they can come back during Easter Break..