Thursday was our run around day and that we did!  Lowe's only had 2 pieces of the metal roofing and we need five.  Ken got the two and the other stuff we needed..only $125.00 out the door. LOL. 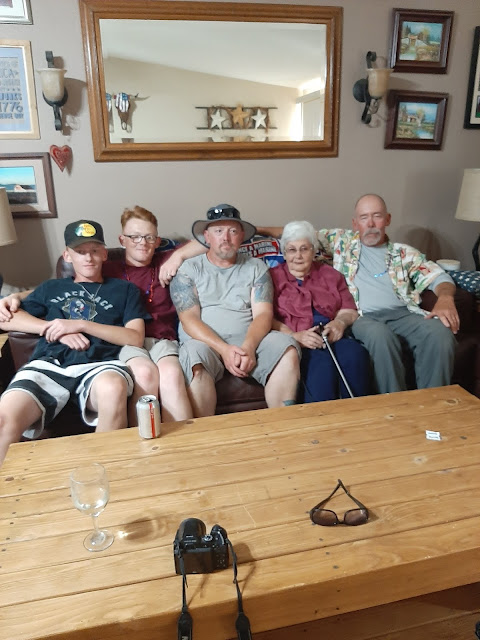 Mason, Seth, Eric, Grandma, Ken 💙
Eric was whipped.  He had been cooking for hours in the sun...

Friday was cooking day.  I was making salads for the reception on Saturday.  Friday evening we headed to Karen's for Happy Hour.

Saturday morning we left here just about 0700.  I made some low carb breakfast burritos to eat on the road.  We recently bought a hot logic warmer that plugs into the cigarette lighter (do they even call them that anymore?) Kept the burritos nice and warm until we were ready to eat.

We got to Eric and Christina's just about 1100 and preparations were in full swing.  They went all out with decorations, keeping the theme of 4th of July there was a lot of red, white and blue! 💖

It was great to see Seth and Holly along with Jacob who we haven't seen in about 11 months because he's in Italy in the Navy.  💙

People started showing up and the party began.

Part way through Ken's sister Diane showed up, we didn't think she was coming. We didn't know at the time but she brought Ken's mom with her.  Eric mentioned to me that "They" were in the house and I said they? Grandma's in there! WHAT?!! We haven't seen her in probably 18 months! I ran in first and then Ken followed.  It was amazing to see her she looks so good! We had a great conversation with her and she got to see most all of her great grandkids along with meeting Holly and Allissa (Jacob's sweetie) A great day all the way around!  💖💖

We left around 1730 or so to head to the motel in Placerville.  We stayed at the Gold Trail Lodge. Older motel but very clean, comfy bed, great towels and the price was right. Would definitely stay there again.  They are connected to Mother Lode motel next door so you've got use of the swimming pool if you desire.

This morning we were up at 0530 and left at 0820 to head home.  WE've got another party later today next door.  Karen and John have a food truck coming along with the band "The boys next door"..not exactly boys anymore (70+) but they play great music!

Have a great 4th of July!! Some reception pictures below! 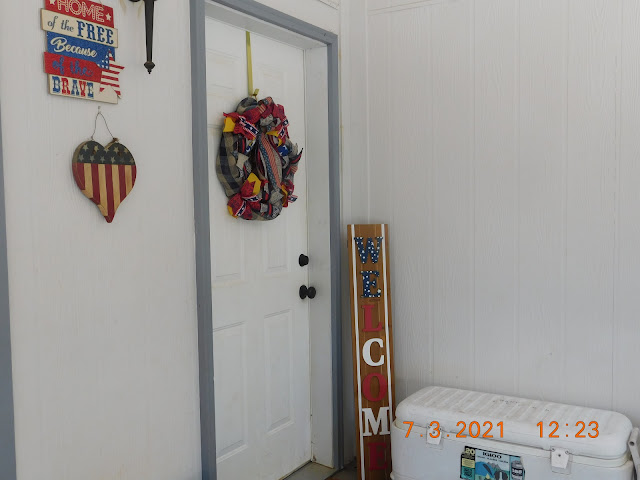 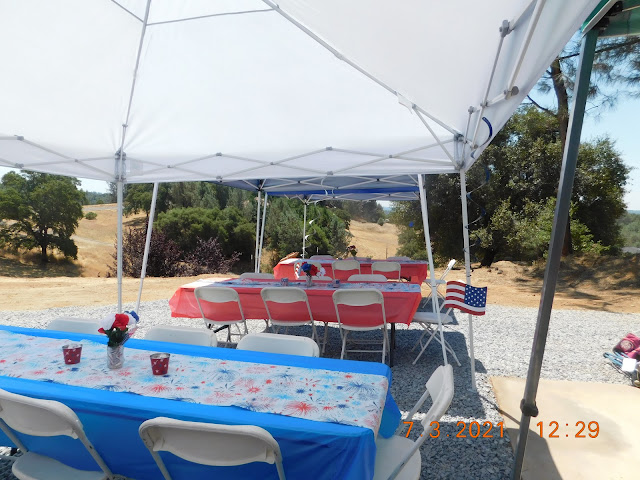 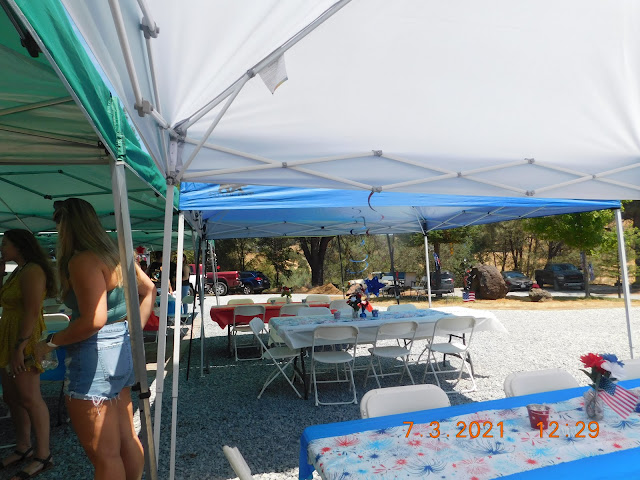 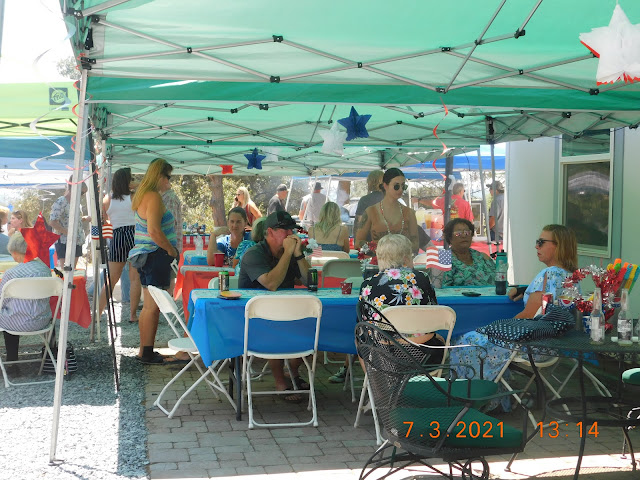 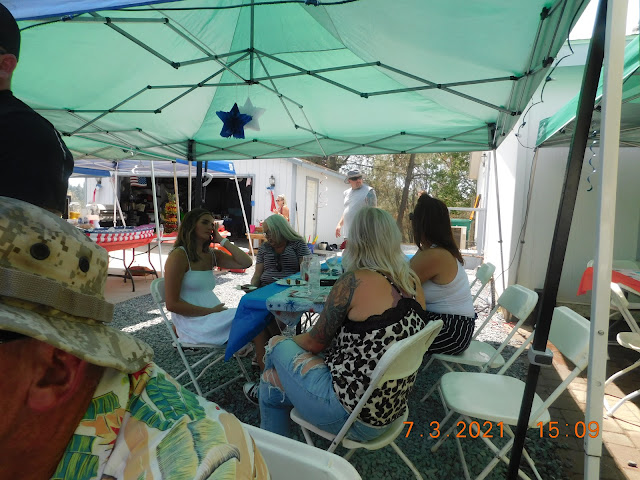 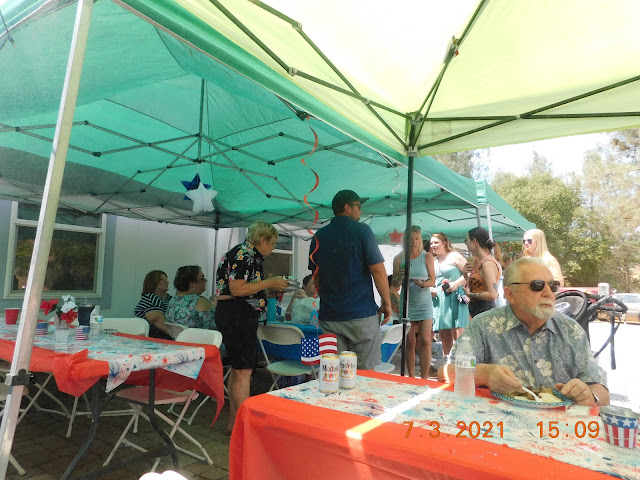 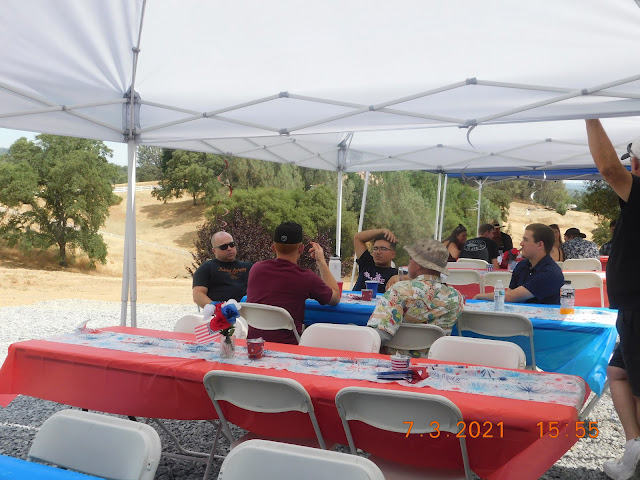 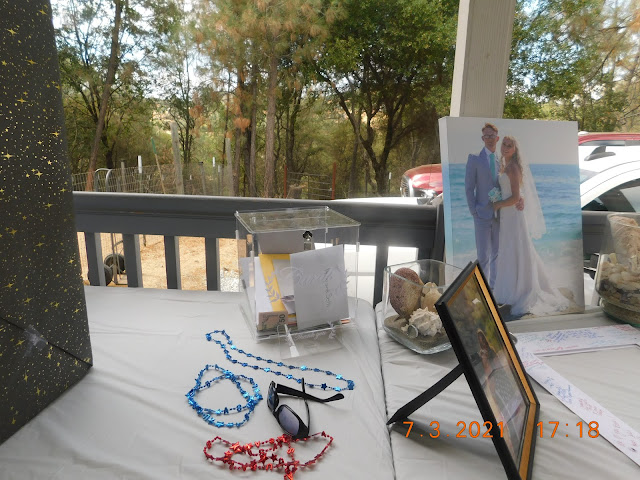