4th of July party, getting ready for camping, hot days now and ahead!

We headed over to John and Karen's around 1500 on Sunday, July 4th.  We were able to meet up and talk with friends of theirs we haven't seen for probably 3 years or more. 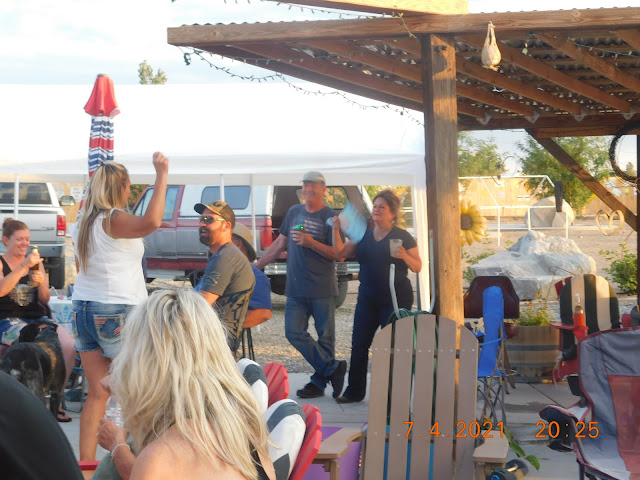 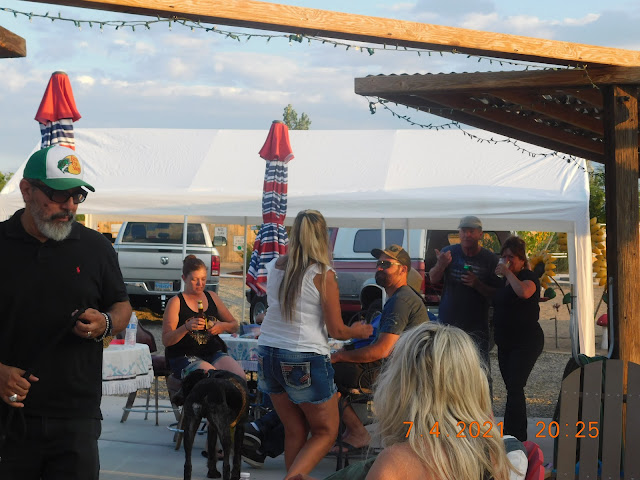 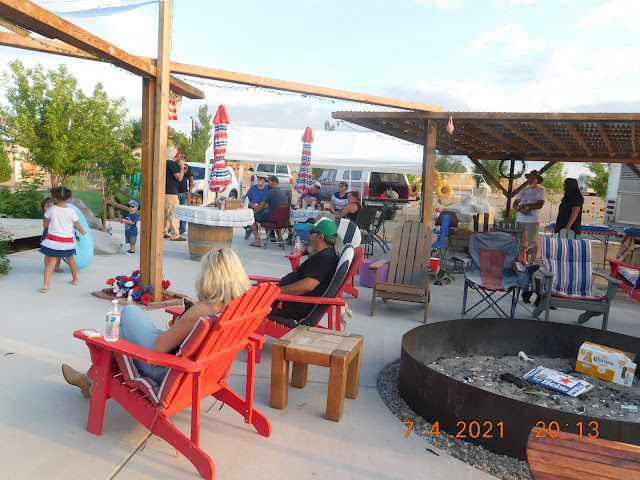 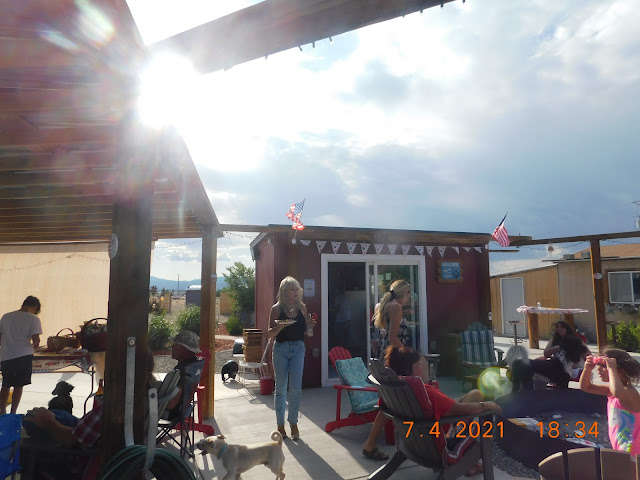 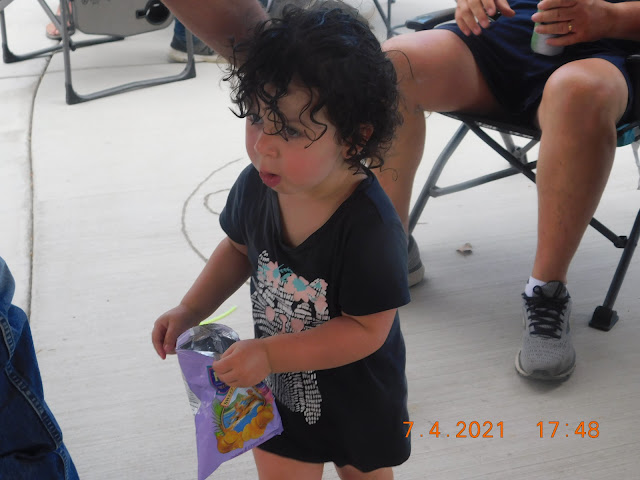 People started arriving around 1600. Karen had music playing as the band wasn't going to start until 1900.  The food truck arrived around 1700 and got things set up really quick.  Oh the food was amazing. There was tacos, carnitas, rice, beans, chips along with hamburgers and hot dogs that Karen provided for them to cook.

What a great night! We were able to see fireworks from 7 miles away.  Yerington put on a nice show for sure. 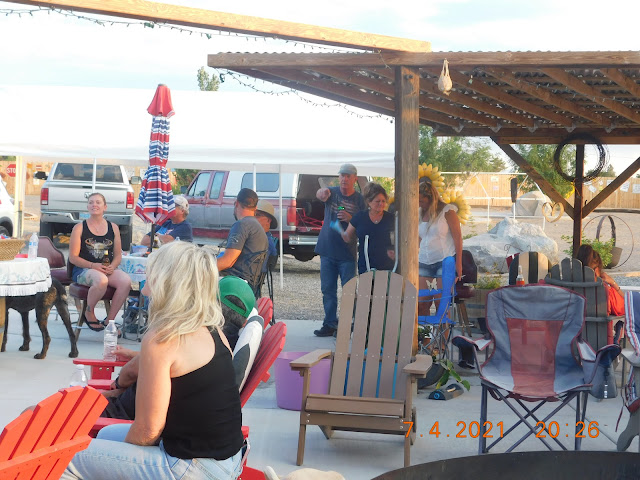 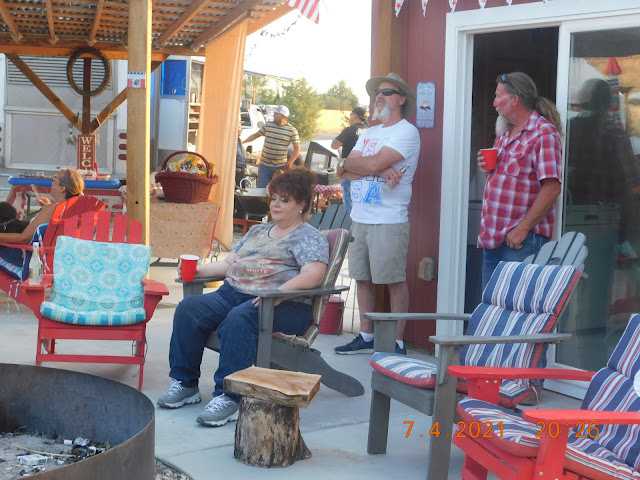 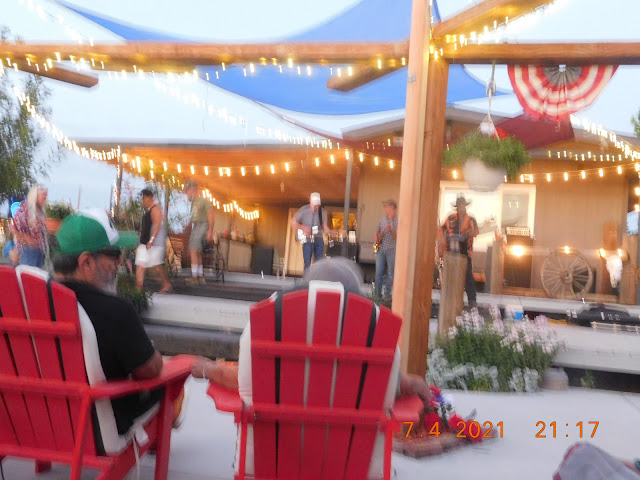 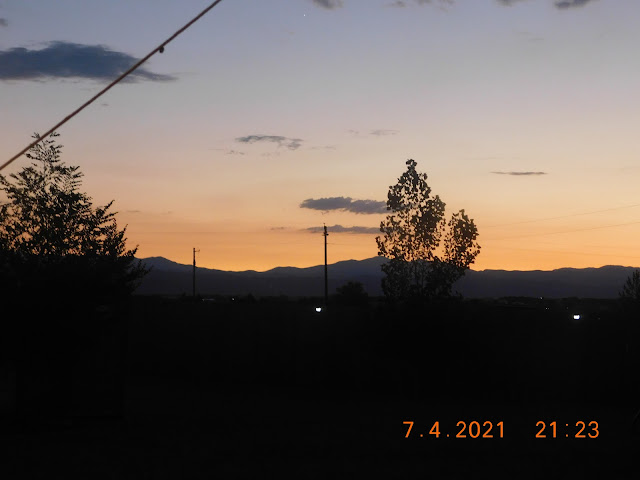 The band played for a few hours and they are a great group!  Lots of dancing going on!

We ended up leaving around 1030, we both were tired.

Monday morning I put together a breakfast casserole to take over to Karen's for a late breakfast. There wasn't alot of energy over there haha. They stayed up a lot later than we did.

We ate, visited and then headed back home to get a few things done. We are going camping with Russell and family + grandson Mason on Thursday. We'll meet them at Stampede Reservoir outside of Truckee.  Temperatures are running 104 here for the next week, don't think it'll be much cooler there, but it's family time! 💗💗

WE sat outside late in the afternoon and had Happy Hour.  Bryan called later and I talked with him for quite awhile. Nice..

This morning I was awake at 0500, perfect.  Coffee and visiting with blogging friends. Put on my cowgirl boots, grabbed the hula hoe and dug up some weeds that were popping up all over the property.  I was only out there about an hour but by the time I finished I wasn't glistening (Patsy) I was ugly sweaty! It was only 0730! The cool shower felt awesome!

I got linens changed in the bunk house and fifth wheel, as we had some people spend the night on the 4th. Cabbage lasagna made and cooked for dinner before we had to turn on the a/c.

Way too hot to do anything outside this afternoon so figured to get this done. 101 right now.

Email ThisBlogThis!Share to TwitterShare to FacebookShare to Pinterest
Labels: 4th of July