Last Thursday morning (8th) we finished last minute things and headed out just about noon for Stampede Reservoir just over the border in CA off Interstate 80.  We got to the campground just a little after 1400.  About 1/2 hour later Russell, Lori, Jacob, Allissa and Mason came around the corner.


We let them get set up and then decided to head for the lake for some fishing. The lake was gorgeous, even though it was low. The boys fished and we all visited. After a few hours we headed back to get dinner started and eventually Russell, Jacob, Allissa and Mason came back. It was getting dark haha.

Ken barbecued some burgers and Lori brought the sides of baked beans and watermelon. YUM! Eventually we called it a night, around 2330 we went to bed.

I was up just getting coffee on Friday morning around 0600 when in comes Allissa and Jacob.  Jacob said, "Grandma guess what?"  "You got it!" he said "Yeah"..there was a little screaming and hugging!! A little later his dad did the same thing!

Jacob told us the night before he was up for promotion to E4.  He found out at 0130 in the morning he got it!!!!  3rd Class Petty Officer (NCO,E4). AC3 Kay..he's an air traffic controller in Italy. His dad promoted pretty quick during his time in the Marines..but Jacob's beating him only 18 months!  Jacob has some big goals in his Navy future and we'll be here cheering him on! 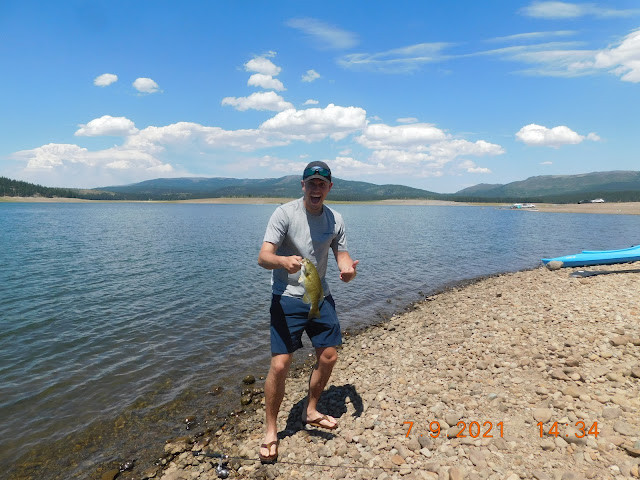 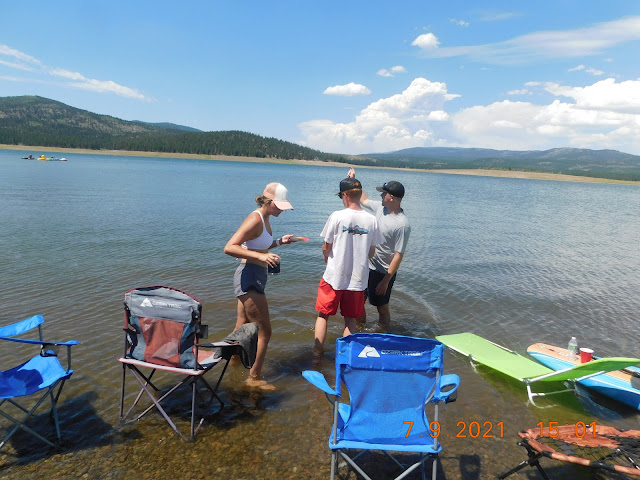 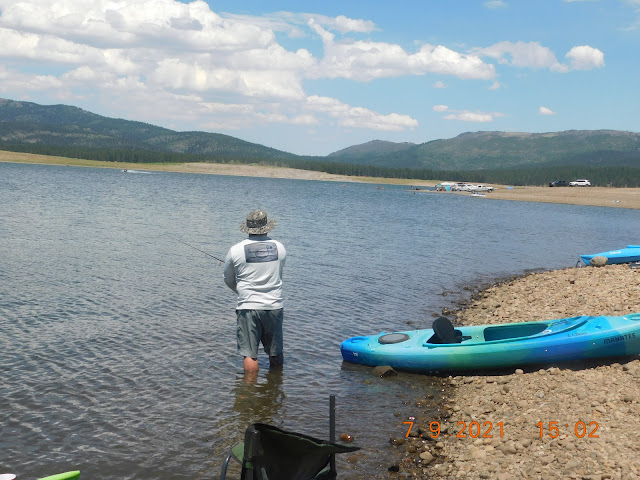 We decided to celebrate with some mimosas and breakfast.  Ken made eggs and bacon, I did the biscuits and gravy.  Specially requested by Jacob earlier in the week. 💕

Then it was down to the lake for the day.  A lot of fishing was done and sunbathing (maybe a little burning).  It was a great day!

Back to camp to get dinner started. Ken was barbecuing chicken and Lori provided the sides. She made a delicious macaroni and cheese and a caesar salad. Yum.

A couple of Jacob and Allissa's friends came by as they were camped at a nearby lake. That was nice for them to see each other.

Saturday morning Russell made the fixings for delicious breakfast burritos for everyone.  Oh so good! Around 1030 we said our goodbyes, hugs all around. Wish it was longer but we take what we can get 😊 Jacob left for Italy on Sunday morning. He plans on coming back at Christmas 😍