A beautiful Sunday, brunch at home, baking and lunch at a great restaurant in town.

Wednesday was a baking and cooking day.  Started with some cabbage lasagna and enchiladas.  Once they were done I packaged them into separate containers so all Ken has to do is pull one out and he'll have a dinner sized portion to eat.  Before I go i'll make some coleslaw for him to have with the enchiladas.  I'll probably make one other meal just so he has more of a variety :) 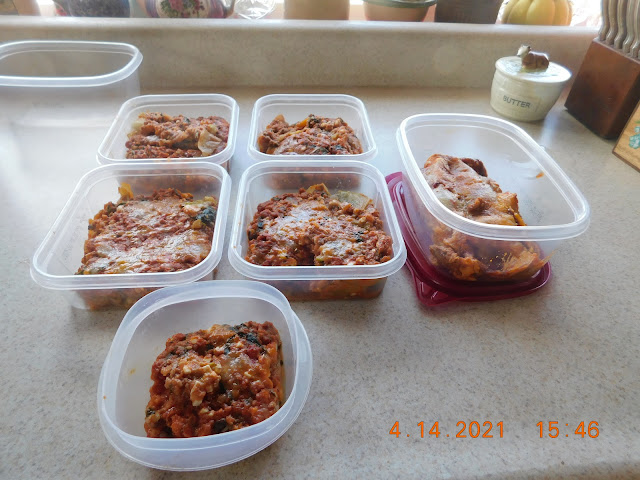 Some servings for Ken next week...

I mixed up some batter for a morning glory cake (again because I haven't ordered muffin pans).  I'm finding I just adjust the cooking time and it comes out just fine. Cut it in half and put half in the freezer and it tastes freshly baked.

That really was my day until about 1600 when it was all cleaned up.

John went to Costco and found us a bigger propane fireplace. Karen had a 2nd one so gave us a new one just like it. If they're not lying about the price it's a great deal! This one is awesome, so we enjoyed a nice fire! 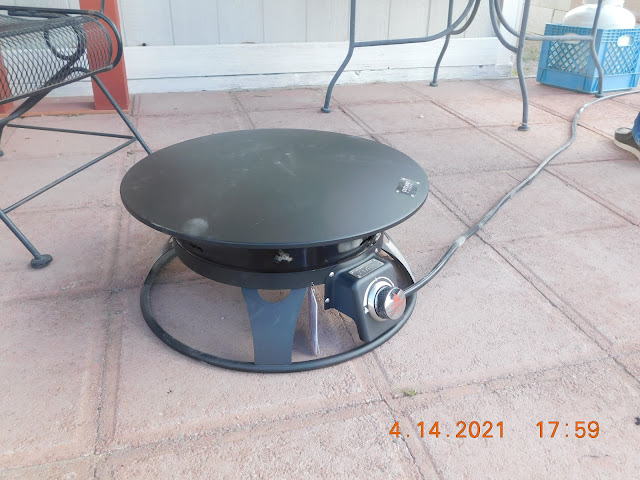 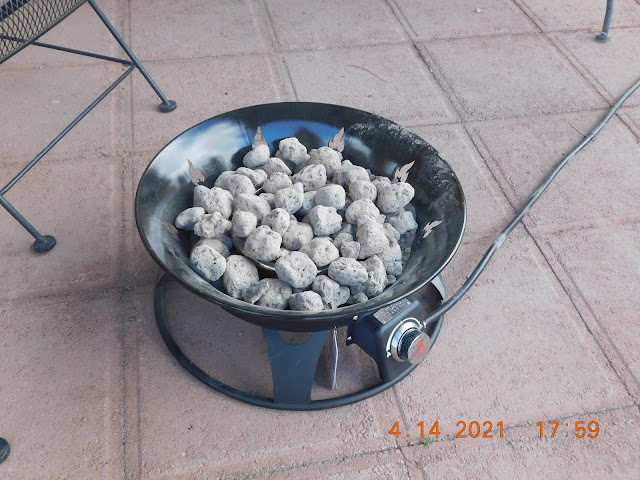 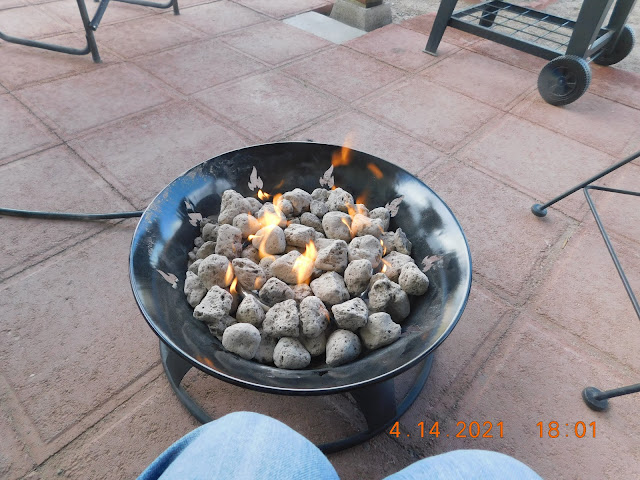 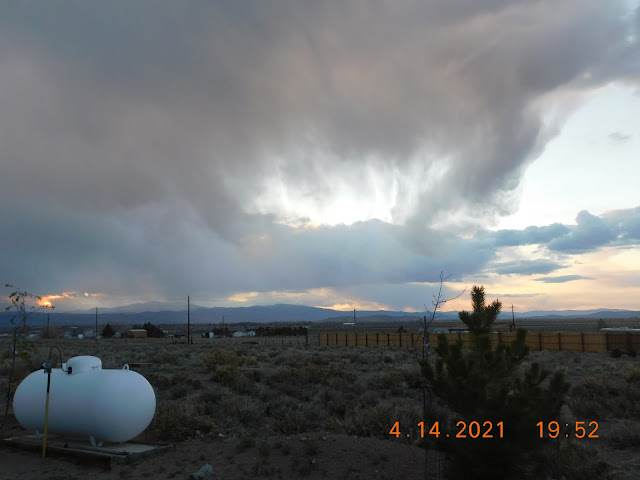 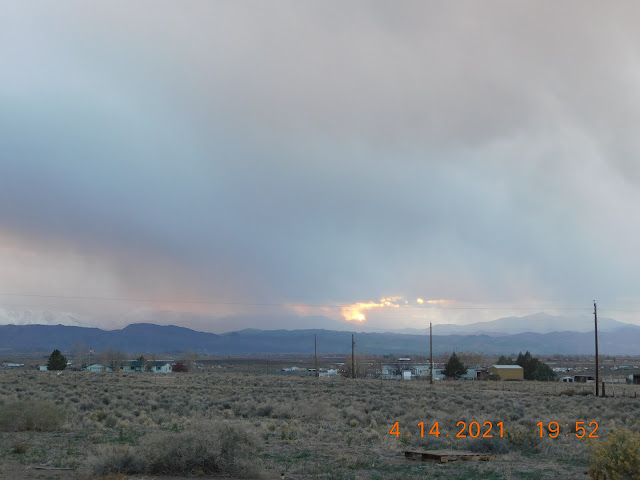 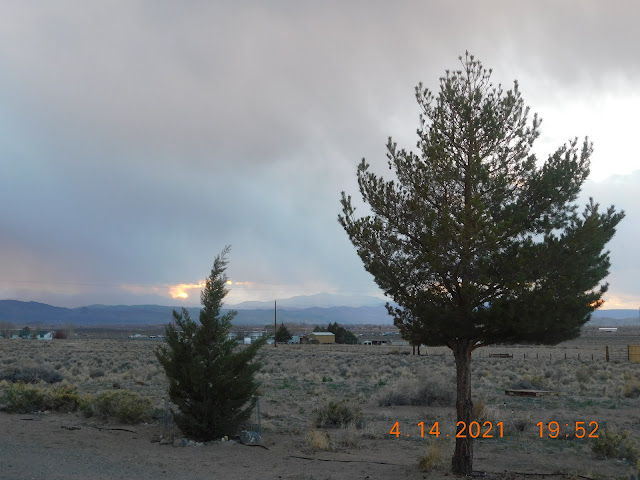 Thursday we took hamburgers, turkey burgers and potato salad over to Karen's and enjoyed a nice fire.  Friday we were home all day getting things done.  Ken got wheel bearings packed and moved some of the vehicles and Mansion around. The days just fly by!

Saturday we headed to Gardnerville to pick up a prescription for Ken.  We were able to bypass Walmart this trip. YAY! We stopped by a building supply place but they were closed. Only open during the week so we'll try again later.

After that we headed home.  120 miles to pick up a prescription. The joys of country living. We could have them mailed, but with us not knowing when we'll be home or not that's not our choice.  We could get them at Raley's in town, but we don't care for their pharmacy. So we'll continue to support big oil for now. 😱😊

On our way home we were deciding what to do about lunch.  We thought we'd try and support one of our restaurants in town that we don't normally go to. We ended up at El Superior Mexican Restaurant. We had been there not too long after we moved here 8 years ago.  Never went back as the service was so slow and we had been the only ones in there.  I read the most recent reviews so we decided to give them another try. 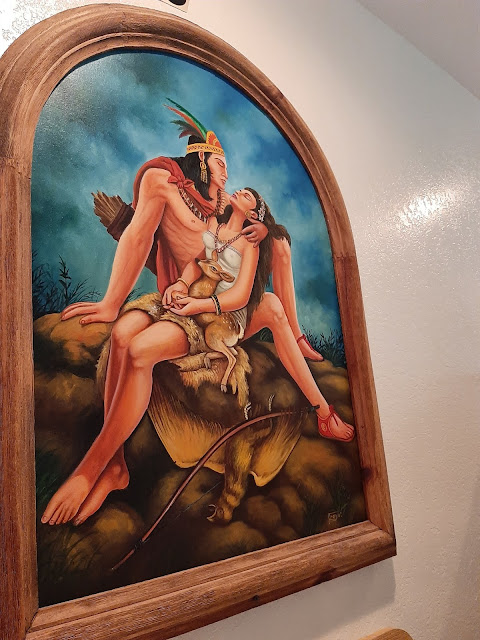 We weren't disappointed.  They had the required "Face masks required" sign on the door. We walked in mask less and we were greeted by the owner, mask less herself. What a nice smile!  We were seated and brought chips and some of the best homemade salsa we've ever had. Turns out they sell 16oz of it for $3.00 so we added that to our bill.

Lunch did not disappoint and neither did the service! So glad we gave it another try. Forgot to take pictures!

We headed over to Tru Value as Ken needed a part for the Komfort so that the water will be usable for Memorial Day weekend as we're expecting company! If all goes as planned my sister Linda, Bobby,  and family (Dusty, Chelsea, Owen and Cassidy) will be here along with nephew Jesse and friends Kim and Lance.

We walked in there mask less too. Nice to see some more smiles. Went out to the garden area and ended up with a 6 pack of marigolds, a hanging plant for the planter Russell gave me a few years ago and some chive seeds.  Ken looked at couple of trees to replace a few that have died.  We decided to take note of them and look at Lowe's. Lowe's has a one year guarantee, Tru Value doesn't.  At the prices we need the guarantee. A major investment LOL.

Early evening we headed over to Karen's for Happy Hour and to help her bring in a couple of treasures she picked up from Carson City today.  A very nice evening around her propane fire pit.

She gave me some bananas before we left so i'll be baking again today (Sunday).  Waking to a beautiful but cool morning 31 degrees but headed for 73 so it'll be a wonderful afternoon.

This morning Ken woke up wanting an oyster sandwich for a late breakfast/brunch. Well we all know coffee doesn't go with oyster sandwiches right?! So a Bloody Mary for him and a screwdriver (kind of) for me.  I took vodka, a little of light oj (regular oj is just too many carbs) and seltzer water.  Yummy!


So now we're ending this beautiful Sunday. Ken went over to spray more weeds at Karen's and then when he needed me I went over to help him. Got 2 loaves of banana bread done and some more cookies. I'll be sharing with Karen since she supplied the bananas. Hope she likes them!


Hope your Sunday was as good as ours!