Happy Birthday Bryan! A few more days with Aaron..Russell and Lori back home..I'm home too!

Sunday morning I made breakfast for Aaron, 6 pieces of sourdough french toast and 7 pieces of bacon. He was hungry!   I decided to make some enchiladas and coleslaw for Monday evening's meal.  Even if I wasn't there Russell and Lori wouldn't have to cook dinner after their flight home.

Lori had a couple of bananas in the pantry that were at the point of making good banana bread so I worked on that too. I ran to Raley's for a couple of needed things and gas.  Gas is upwards of almost $4.00 a gallon here! Glad my car gets good gas mileage.

Got everything done and about 1530 Aaron and I headed out the door for another game in South Sacramento.

Again, he played great, as did the rest of the team. This was a nail biter and they won 63 to 62.  One point!  The last play started at one end of the court. Aaron ran down to the other end and was able to intercept the ball the other team had thrown. YAY AARON!! 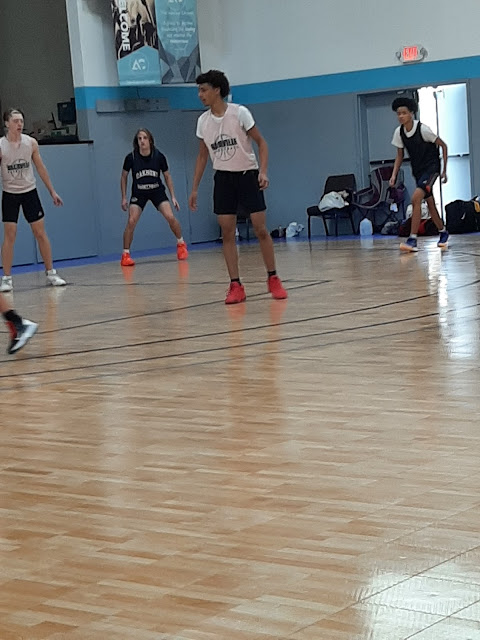 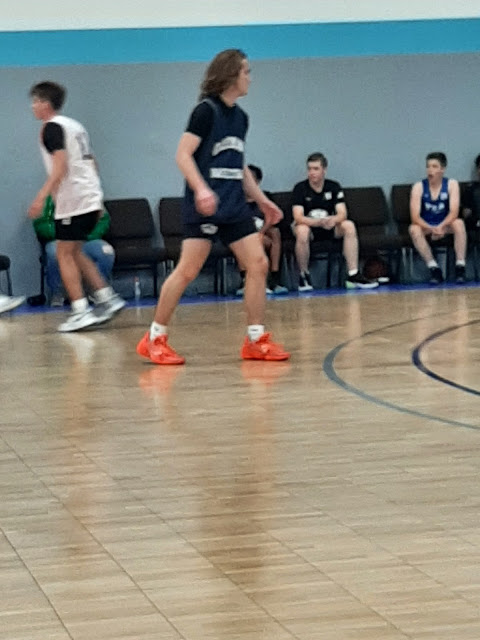 We headed back home with Aaron driving. He drove both ways and did an awesome job!

Pork chops and mashed potatoes for dinner.  He was in his room playing video games with friends on line most of the night. Before I called it a night took him his ice cream. The little pleasures that make me happy!

Our oldest son Bryan, turned 48 on Monday! How can that be!? April is quite the birthday month in the Kay family LOL.  I talked with him and offered to take the family to lunch on Tuesday before heading home, but he'd been out in the day so called for a rain check :) It was a school morning for Aaron, so just a breakfast sandwich was wanted by him. Off to school he went and then I did some running around.  Russell and Lori's plane landed just about 1300.

I picked Aaron up after school and made him two ham and turkey sandwiches on sourdough.  He can eat when he wants LOL.

Texted with Lori so I had sandwiches waiting for them when they got in. A wonderful trip was had by all! They plan on making this a yearly event which is cool.

We chatted away alot of the afternoon until Aaron had to be at Center High School for another basketball game.   They only allow 2 people in for each player and because it was my last night there Russell told me to go :)). 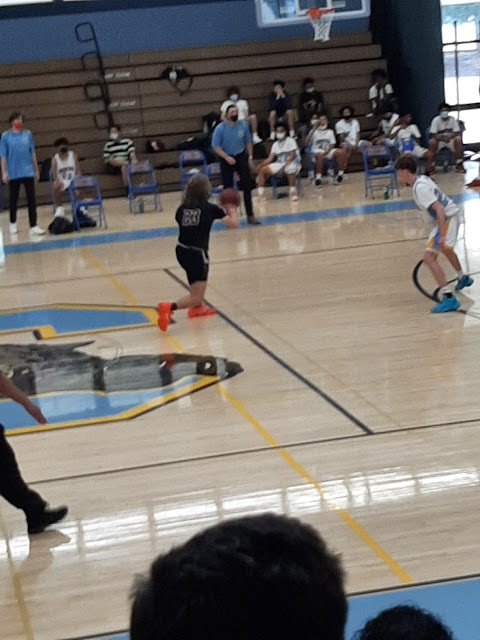 Once it was over (WINNERS) we headed back home and a little later had the dinner of enchiladas and coleslaw.

More chatting and then time to call it a night.  I offered to get Aaron off to school so they could sleep in a bit as they were both off on Tuesday.

Ken's spent some time at home checking things out in the motor home.  A/C, fridge, stove all work.  The heater won't come on and there's still a leak, but I know he'll get it fixed shortly. Hopefully we can find time to take it on a short trip somewhere.

Got Aaron up at 0610 on Tuesday and I got the car loaded with my stuff. After breakfast I dropped him off and started the trip back home.

I was home about 1145. Cool, windy temps at home.  I mostly vegged on the couch for awhile and a little later Ken came inside and we watched a couple of movies.

Adam called to tell us he'll be taking a little vacation before starting his new job on May 10th.  Good for him! He's got his car all packed and ready for camping.  Headed to Hell's Canyon area and to the Sawtooth mountains! One jealous grandma! haha.

Always good to be home, but I wouldn't trade the time over there this last week for anything!

A few more pics from Russell and Lori's trip : 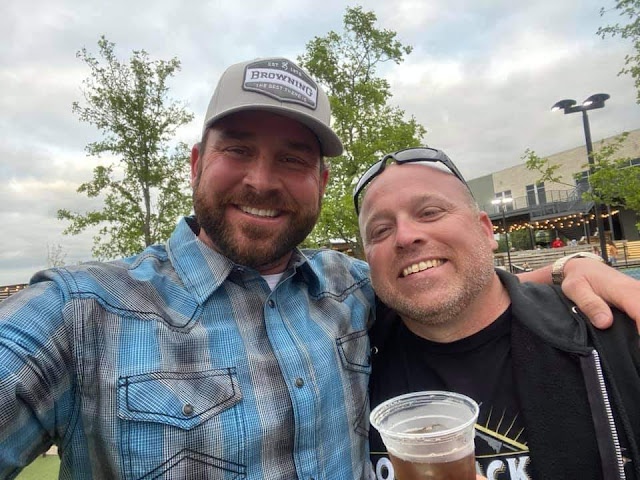 Today (Wednesday) is a beautiful, warming day (74).  Ken's over at Karen's spreading some sand she had delivered for her swimming pool she'll be putting up soon.

Earlier we went for a short Can AM ride in the hills a bit.  Cattle trucks at the end of the road hauling cattle out of the BLM. 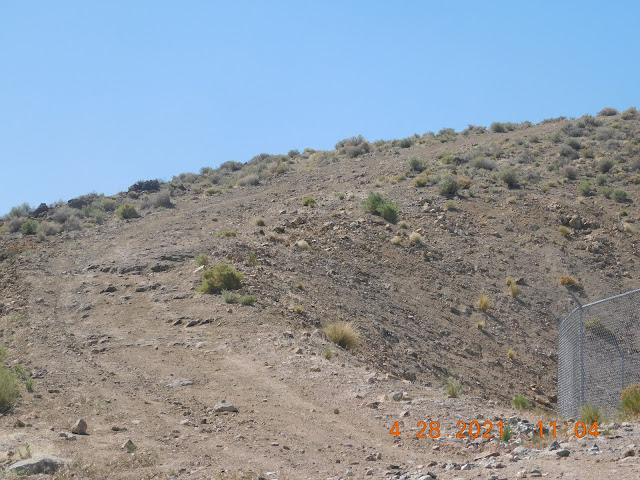 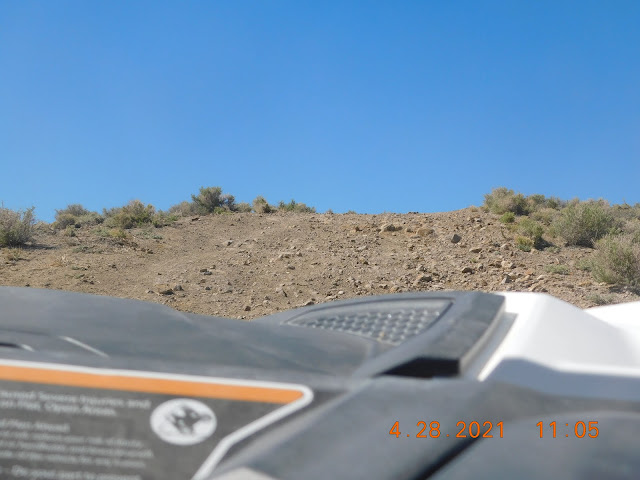 Nice ride, wind chill was a little cool though.

I'm sure we'll be at Karen's later so wanted to get this posted beforehand LOL.

Tomorrow is a Walmart, Harbor Freight, JoAnn's etc day.  That just means the whole day will be gone by the time we get home.

Sunday, I will head over to the Sacramento area to a wedding shower for Holly. Gotta pick her up a gift tomorrow too!

I won't be staying overnight, but will meet Ken in Carson City at the hotel we like.  Saves me an hour and a half driving and Monday we'll do some more shopping  :) I am hoping somewhere in here to find something I like to wear to the wedding in June!