Friday the 23rd was a regular school day for Aaron.  He drove himself to Woodcreek High where I took over. I then headed out to Fair Oaks for a visit with my sister, Linda.  She had her granddaughter Cassidy but Owen was in school.  He only goes 2 days, Thursday and Friday, sorry to have missed him!

Cassidy was shy but cute as ever...however I neglected to take any pictures! We visited about an hour and half then I had to leave as I wanted to check out a "thrift" store for some tea cups. They were way too expensive and not even pretty so I ended up heading back to the house to wait to pick up Aaron.

I got some chicken ready for to cook for dinner and mashed potatoes. Picked him up and then stuck the chicken in the oven.

About 1700 we left and headed over to the school as he had practice. I waited in the car and read my kindle and called Ken. When he was done about 1900 we headed back home and he was ready for dinner.

Heated it all up and he enjoyed chicken, mashed potatoes and green beans.  Again, before my bedtime, which is earlier than his I took ice cream, chocolate sauce, whipped cream to his room.  He hugged me goodnight with an "I love you" 💗

Saturday morning I was up around 0530.  Lori has a Keurig and I didn't bring a coffee pot so I've been using her Keurig and a pod a day. I ordered from Amazon and now she has replacements as this coffee is the BEST I've ever tasted.  It's by Peet's Coffee called Major Dickason's Dark Roast Coffee. If you like dark roast, it's awesome! Reminds me the coffee at Betsy's Big Kitchen. I ordered a bag of coffee for us at home too. I talked with Ken this morning to see what's going on.

There was no hurry for Aaron to be awake so it was near 0915 when I made his breakfast sandwich.  My sister Wendy got here about 1045 and after a bit we headed toward Granite Bay High School.  We were early, but better than late.

Diane got there and we headed inside to watch Aaron play.

What a game, we were ahead for awhile but ended up losing :( The kids played awesome! Aaron scored some good points! 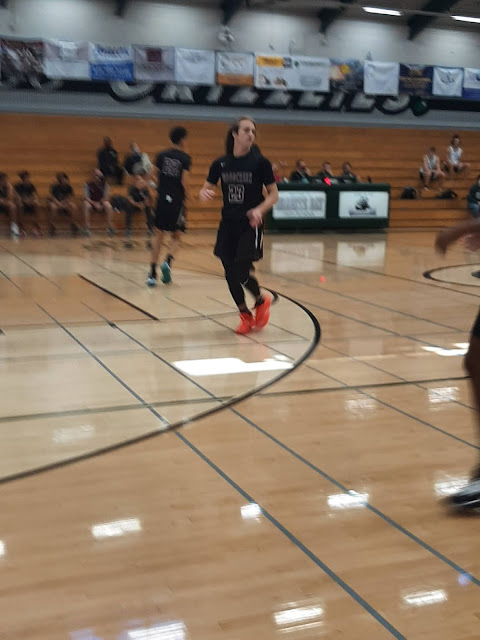 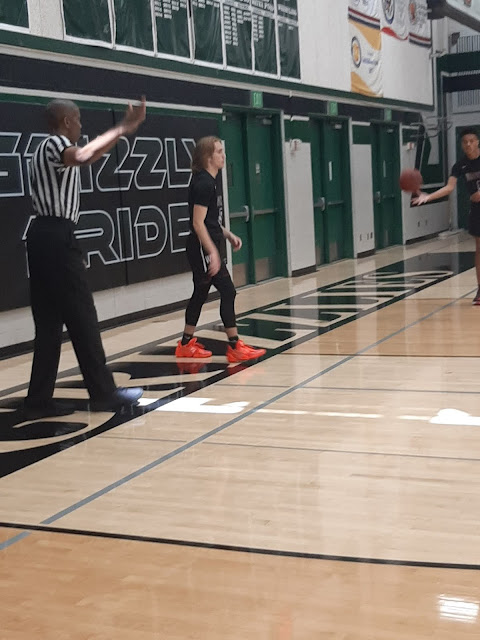 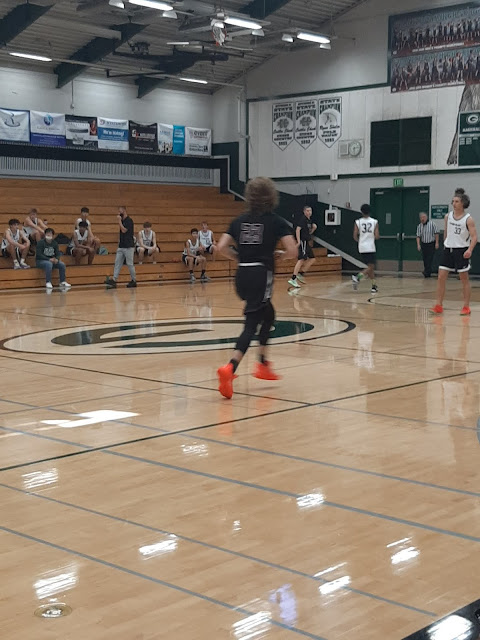 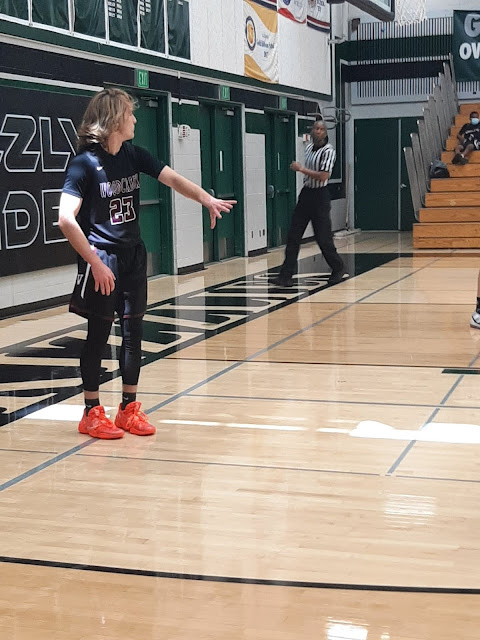 Once it was over we met in the parking lot to decide we'd head to Brookfields for late lunch.  Really good food, even though the prices have certainly gone up since last time I've been there which has been several years.  Sure COVID has had something to do with the increase.

Once we were done, we said our goodbyes to Diane and headed back to the house where we said good bye to Wendy.

We really didn't have much time before we had to head to South Sacramento for Aaron's next game at 1700.  Aaron drove and did a really good job. I think he's more confident than I am on the freeway with all the traffic.  Great job changing lanes and not tailgating. A little more speed, but once I tell him to slow down he does. Turns out his driving instructor told him you can go 73 and not get a ticket! Speed limit is 65. Why would you tell a 16 year old boy that! 😱😒  I'm sure he'll be ready for his license in July. :)

We got there and turns out it's a church's gym the games are held in.  I asked a young man who was waiting for his dad if we were in the right place? He told me "ma'am yes you are, and told us where to go"...a very nice teenager.

Aaron went inside and a little while later I followed. 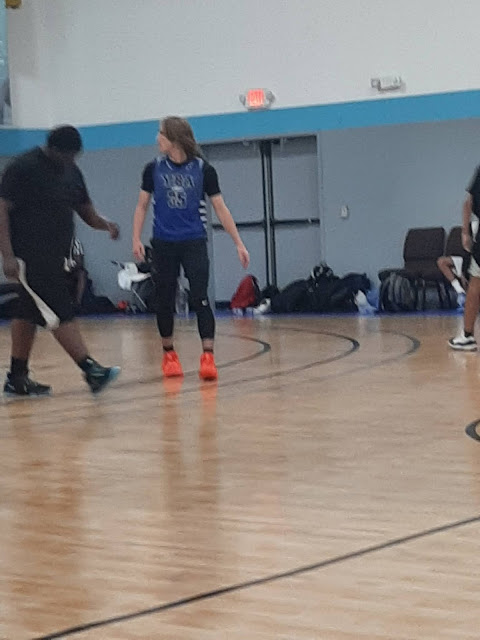 A heck of a game, we were ahead for most of it and then the other team got their second win and we lost. Oh well, quite the game. Another one tomorrow at 1600.

We headed home with Aaron driving once again.  He's definitely getting in his driving hours! Good job Aaron I told him!

Home and he's off to his room playing games and I can hear that giggle..makes me smile every time. You've got this young man but when he giggles..be still my heart 💕😂 I called Ken and got caught up with things at the homestead.

About 1930 he was hungry and I just finished cutting up the chicken so made him a plate of chicken, mashed potatoes and green beans. I'm sure there will be ice cream before bedtime.  Gotta treasure these moments as they'll be gone soon 😞

I'm posting a few pictures from Russell and Lori's trip to Texas.  So glad they are having a wonderful time! 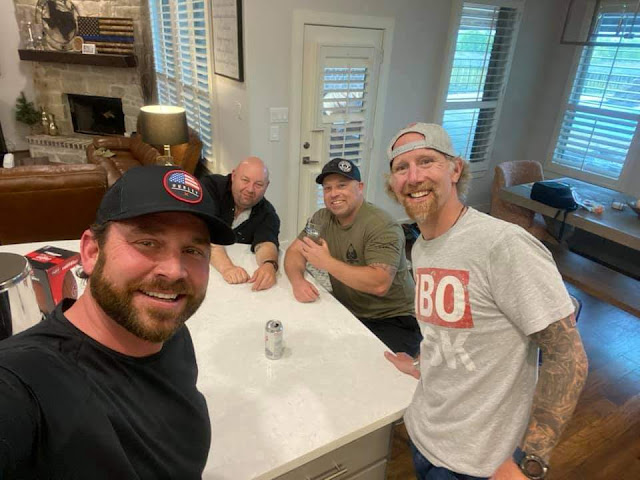 I'm so glad Russell and Lori are enjoying and giving me some extra time with my grandson! Bedtime!  Have a wonderful night!