Nellie's first trip was a success! Baking today..Ken's working on a new project

We left here Thursday just before 1100 and were at Walker River State Recreation Area just a little after 1130.  Perfect trip LOL.  About 1/2 the campsites were full so we pulled into number 18, the last on the loop. The campsites are huge, mostly pull throughs and some with 2 electric and water hookups, 50/30 amps.  There's a nice shade cover, picnic table and fire pit.  Showers are available too. We only have to pay $10.00 a night for the hookups as we pay $30.00 a year for a Nevada State Parks pass. $25.00 or $30.00 for everyone else. If we chose a site with no hookups it would be free. Nice fringe benefit. 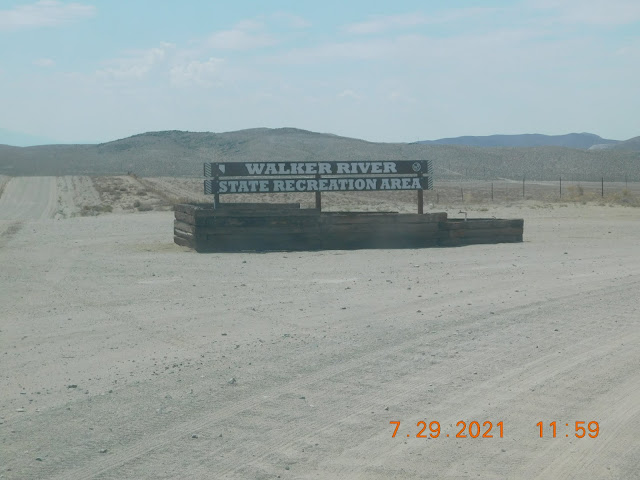 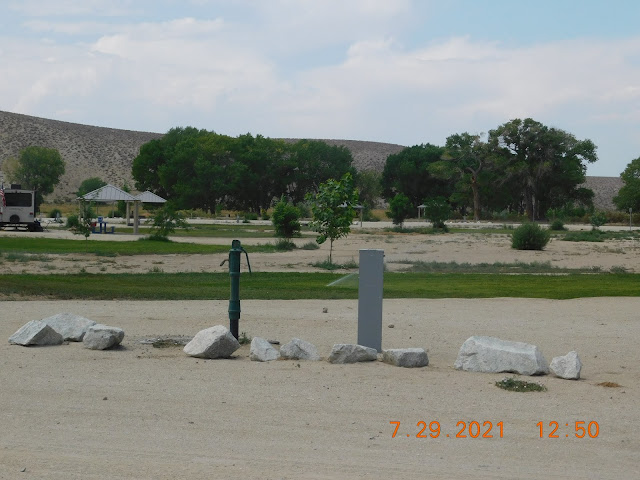 We got set up and then took the Can Am out for a short ride before having lunch. There's so many roads out there you could ride for days. 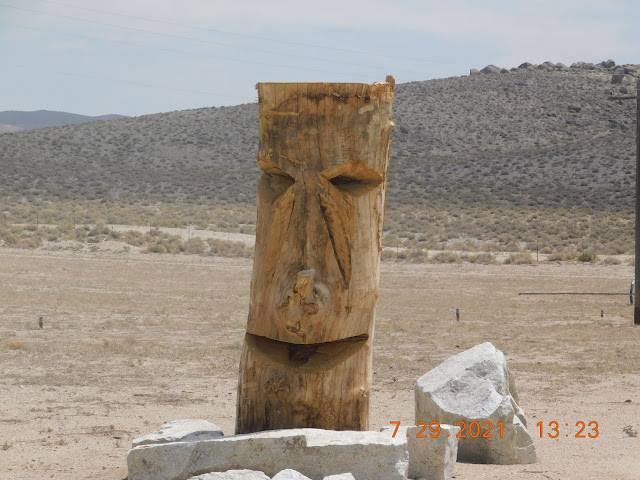 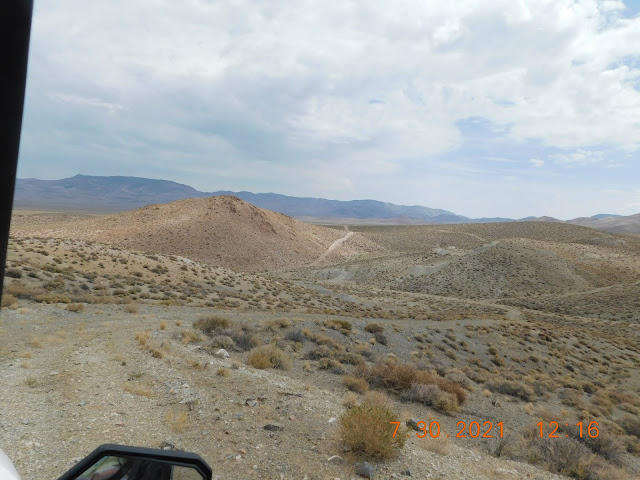 After lunch we decided to head out again.  I was driving this time (so no pictures LOL) It was warm and cloudy. About 8 1/2 miles out it started raining! A few drops to start and then more! We decided to turn around and head for camp.  The rain got harder and was really pelting! Luckily we both had hats on which helped.  We took the towel I was sitting on and put it across the both of us and helped the rain not hurt so much. I drove slowly home  and by the time we got back it had warmed up and quit (of course).  Think i'll be buying some cheap ponchos to keep in the Can AM. haha.

We were able to sit outside and enjoy Happy Hour. A little later Ken barbecued some awesome burgers for dinner.  I got the pilot light lit in Nellie but couldn't get the oven to heat up.  The oven looks like it's never been used it's so clean, so who knows. One more project for Ken to look at. Either way it was a nice night.

The air conditioner ran the whole time we were there and did an amazing job along with the refrigerator, so we sure can't complain for the price we paid!

Friday morning we slept in and got up around 0730.  We decided to take a drive out before having breakfast so it would be more of a brunch.  A great morning for a ride!

We got out of there just before 1300 and arrived home at 1330. Ken discovered he lost a lock he had on the back of the trailer so we dropped Nellie off and got in the car to see if we could find it. No luck!

After getting back home, unloaded a few things but it was hot. That's what mornings are for. We eventually ventured out front and had a nice Happy Hour.  Karen came over for a bit and she was leaving Saturday morning to visit John in CA for a few weeks. We'll be looking out for the doggies once more.

I ran to Raley's Saturday afternoon and am pleased to say there was only 3 people in the busy store with masks on.  Too bad for the employees having to wear them again, vaccinated or not. Our dictator (governor) says the new mask mandate will last at least 2 weeks, we'll see what they come up with next.

We did go over and have Happy Hour with Lila and Mugsy. Ken went back later in the evening to put them to bed.

Left over enchiladas with coleslaw and fresh guacamole for dinner.

Today (Sunday) was a baking morning for Ken's goodies. Some for me too 😋

We've decided to get rid of the "toy hauler" Ken made about a year ago.  Having Nellie we don't need two.  If what we have planned works, I'll tell you about it tomorrow. If it doesn't they'll be another story to tell...

Have a great afternoon! 😃