Thursday I was working in the 5th wheel when Ken came over and said, "Let's go on vacation" Of course I said ok, but we don't have much time.  He laughed and said "You're supposed to say we can't we have to take the Mansion in to fix the water heater"..oh didn't think of that.  Well, he fixed it! YAY..I hate having to take it in, you never know when you're going to get it back. He blew the line out with the air compressor and it's firing up now just like it should. Had crap in the line! 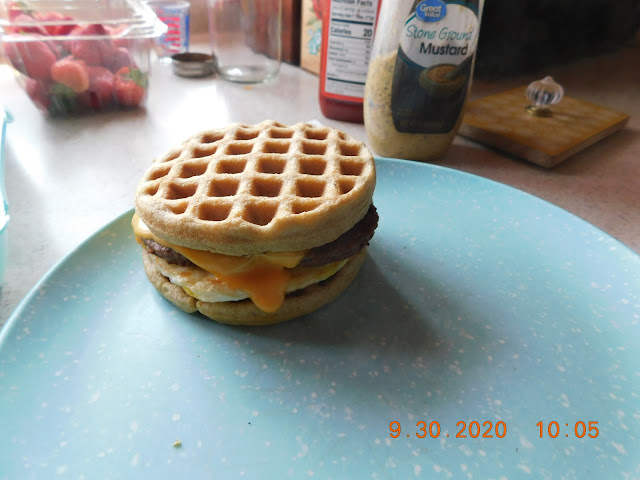 Ken's breakfast sandwich made with the new mini waffle maker..Almond flour waffle, two eggs, cheese and sausage..does it get any better?! 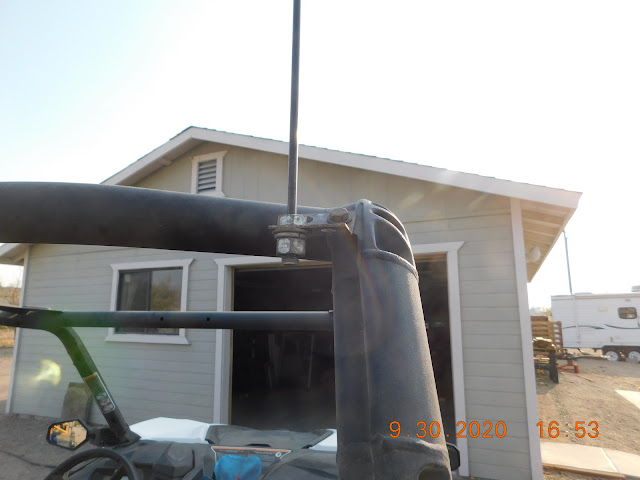 We were looking for a flag holder for the CanAM..basically $35.00 for the same thing Ken just made.. 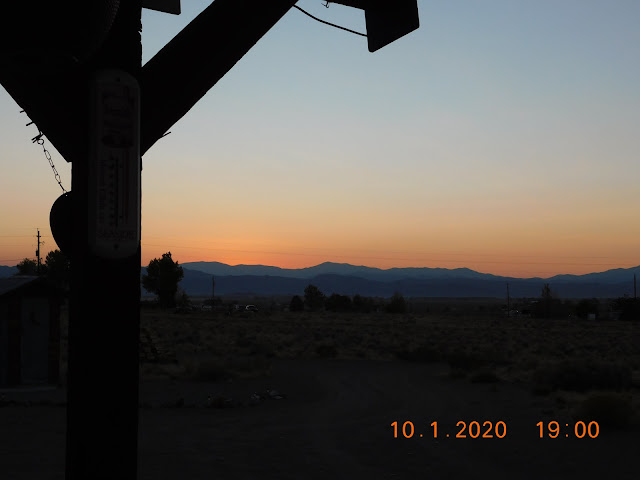 Happy Birthday Diane! You missed our beautiful sunset out here...

Later in the day when it was too hot to be outside we both got online and did a little shopping. We ordered the spare tire carrier for the Can AM.  Something that's definitely needed to free up the cargo area.  I ordered a couple of rugs for the fifth wheel and a new autumn quilt, just because.  A few other things too.

Friday was another stay at home day.  I can't believe I've been able to avoid Raley's for so long..lol. Ken talked with Eric later in the evening and I had a nice conversation with Christina at basically the same time.  After that we went out back and had a nice fire. 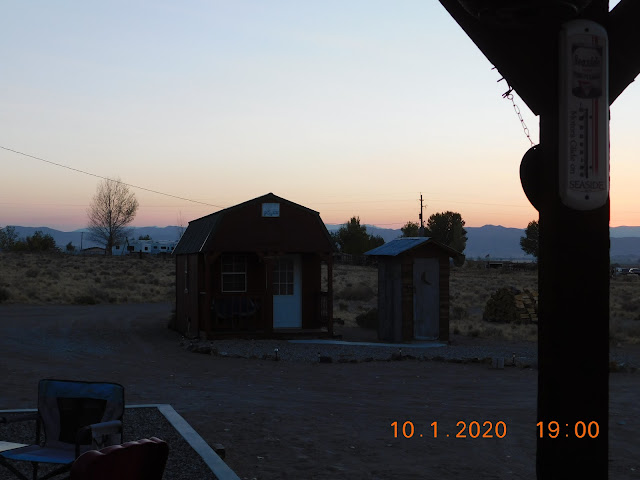 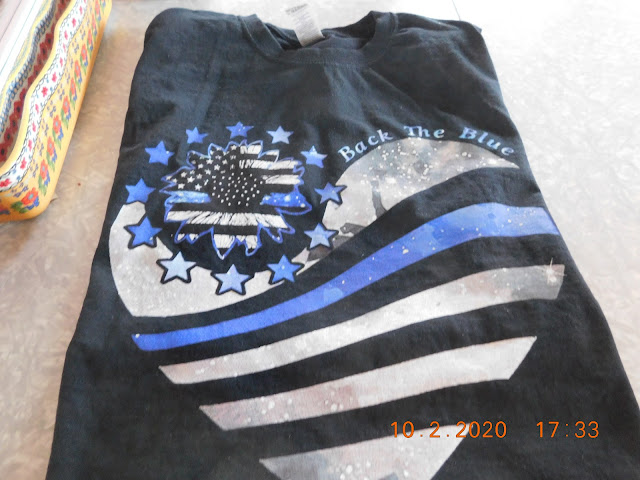 My new Back the Blue T-shirt ..Had it a few weeks but it needed a good shortening for me to be able to wear it... 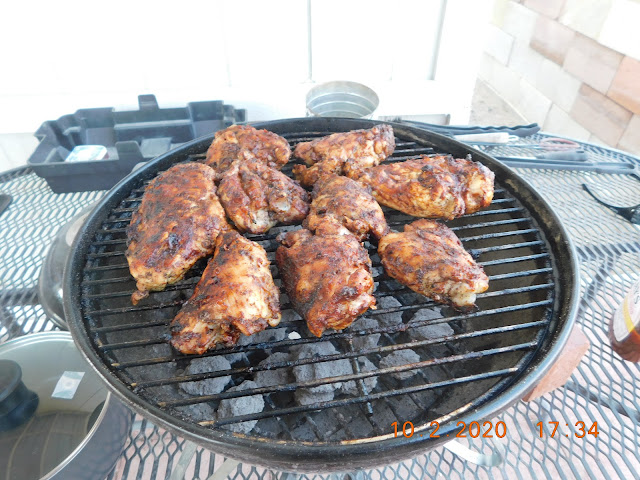 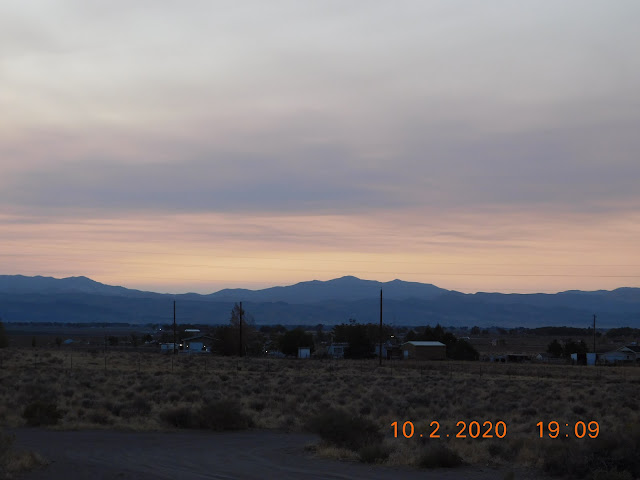 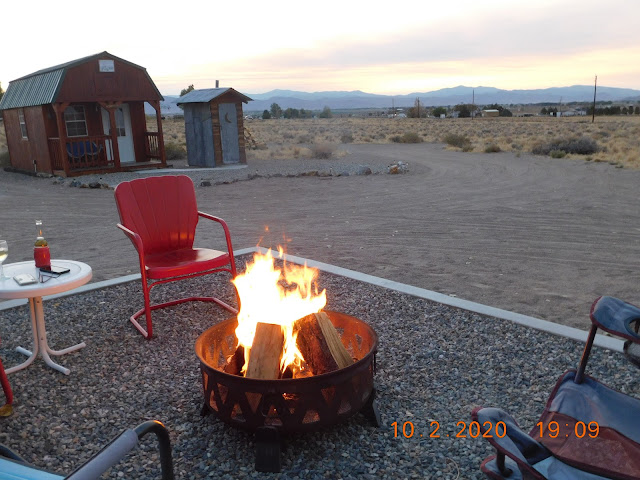 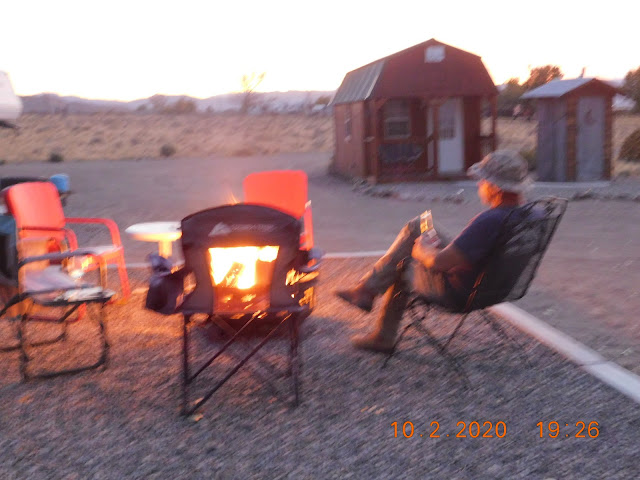 Christina told me that our Marine grandson got promoted to Lance Corporal that morning. I texted him to say Congratulations and he said he's already working on promoting to Corporal. 😊😊

We had the alarm set for Saturday morning as we were heading to Washoe Valley to pick up a cord of almond wood from our wood guy, Sammy. The trailer was really packed and bulging at the sides! Can't say we don't get our moneys worth there. After leaving there we headed to Walmart for some grocery shopping.

Adam called just as I was walking in. He had just taken the Ranger written test in Galt, CA. Sounds like it went well, he'll hear in about 30 days. It's a POST (Peace Officers Standards and Training) academy so keeping our fingers crossed that he gets in as this is what he REALLY wants to do as a career. It wouldn't start until next September.

Then it was about 1230 so we headed for Betsy's Big Kitchen.  We had a couple of minute wait so we went outside and until the little beeper beeped about 2 minutes later.  Food and service were awesome as always. Our favorite server was there so she came and talked with us. I couldn't resist even though I don't wear them often, but she had the cutest face shield (hard to believe I can say that)..she said she thought of me when she was making it but it was a hard decision for her to sell it..but she did. 😊

Time to head home and get groceries put away. 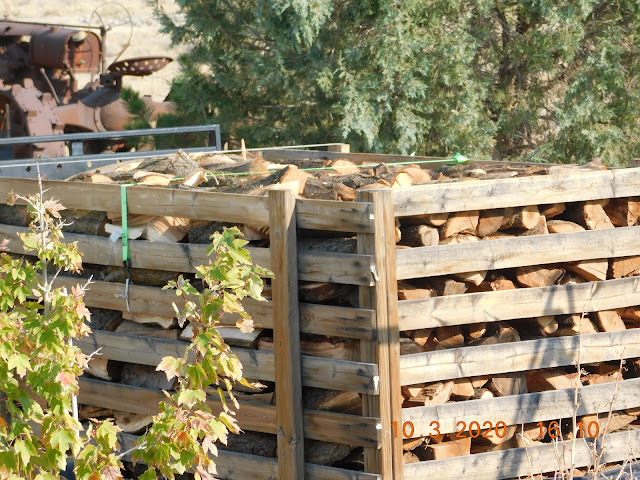 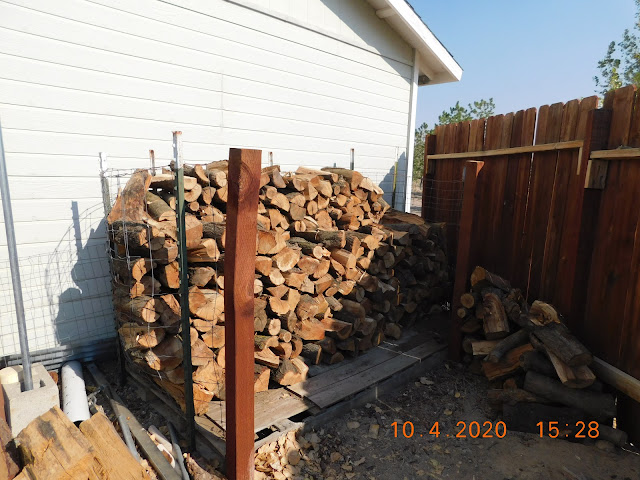 In process of transferring from trailer to hear... 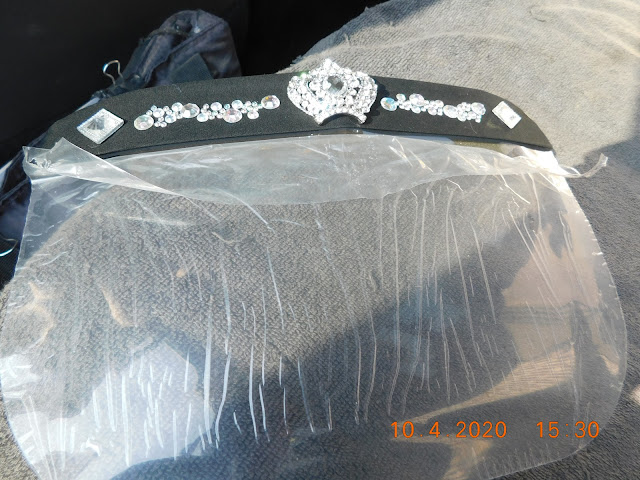 My new face shield for those times you have too..might as well be royalty right?! haha.

John came home for the evening, so when he texted a picture of a fire we headed over :) While I was there grandson, Mason called so we had a nice chat. He's happy to be heading back to 10th grade on Monday, even though they have to wear masks for now.

After a couple of hours we headed home.

This morning (Sunday) we awoke near 0600 and had our coffees and treats in bed catching up on our blogging friends. After breakfast I asked Ken what he'd like for dinner? He said pizza sounds good. Funny just that morning I was thinking the same thing!  I bought 3 huge zucchini yesterday.  Ok, I know what I'm doing for part of the day.  Got the crust done and all the toppings sliced so later today we'll just put it together.  Feels like a guilty treat, but with the zucchini crust it's so good and no flour involved! Yum can't wait for dinner ...haha.

Karen was talking about a bar b q today, we won't eat but will go to see the family. I made upside ice cream cone cupcakes to take over.

Ken attempted to put the spare tire carrier on the can am but turns out we didn't notice we needed to order a bumper whoops..so I got online and ordered one. These toys aren't cheap..sorry kids..we're spending more of your inheritance 😉

Ken's out back taking the wood from the trailer and putting it where he keeps the wood. Looks like we're pretty well set for the winter!

Enjoy the rest of the afternoon.