Friday, September 16th was our "real" 50th wedding anniversary. I swear it feels like we've been celebrating all month LOL.  If it's our anniversary then we know what's for lunch.

We are normally gone somewhere on our anniversary, but this year we had some very special company coming for the weekend.  Jim and Dave, high school friends of Ken's were coming out on Friday. Jim and his wife Leslie stopped by in 2015, but I was in New York and didn't get to see them. So I hadn't seen Jim (and had never met Leslie) in 22 years, at the last high school reunion of theirs.  Dave and his wife Debbie had never been here so it had been 22 years since we had seen them too.

The timing worked for them to be able to come out and have all three of the "boys" together on Friday.

Jim and Leslie got here first and we visited for awhile before Dave and Debbie showed up with their new trailer.  They are headed out on a 6 month adventure and we were the first stop!

We all visited and enjoyed each others company.

I had made some enchiladas, cole slaw and rice earlier in the day so just had to throw them in the oven.  We actually enjoyed eating in the outisde kitchen and visiting.  Sure different than two weeks ago when it was so hot and the flies were horrible.

The evening ended too soon, as Jim and Leslie were heading back into town to the stay the night. They needed to leave early on Saturday and head back to CA. We said our see you laters to them. We all realize we need to get together more often. No more waiting 22 years LOL.

After they left we stayed up way too late visiting with Dave and Debbie. A few adult beverages were consumed along the way. 🍷🍺

Saturday morning I made breakfast of biscuits and gravy, eggs, potatoes and bacon. Debbie and I enjoyed a couple of mimosas too. 🥂 Christina and Holly were enjoying mimosas online so we crashed the party too! LOL.

After some more visiting we took them on a tour of the town. Those of you who have been here, know that doesn't take too long haha.  As it turned out Karen had texted telling us there was a car show in town. Not as big as the one in June, but a nice one anyway. It was titled "Take a kid to a car show". We stopped by Karen's store before coming home and she gifted us with 3 bottles of wine 😃 Jim and Leslie left a pretty full bottle of red wine that Debbie enjoyed. I can't drink it because of migraines. 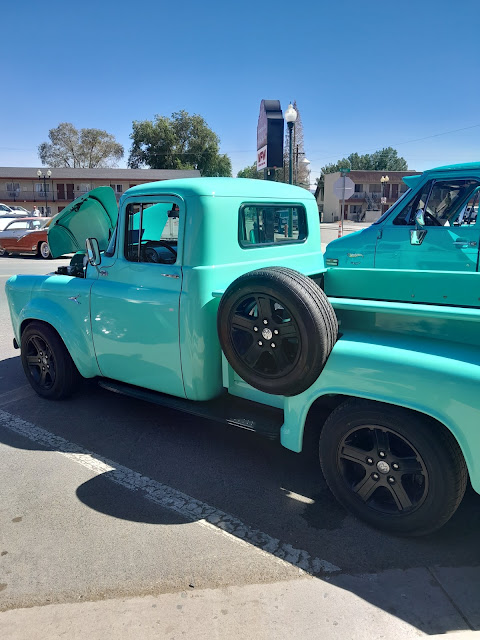 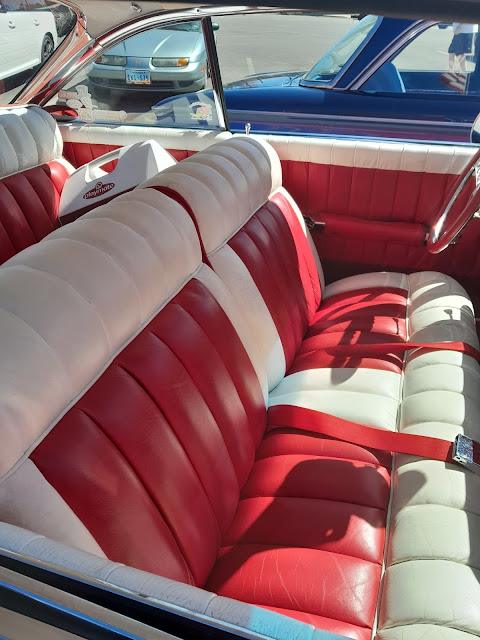 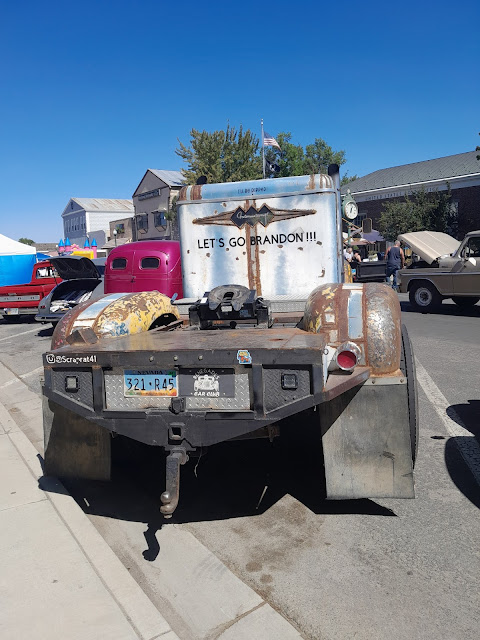 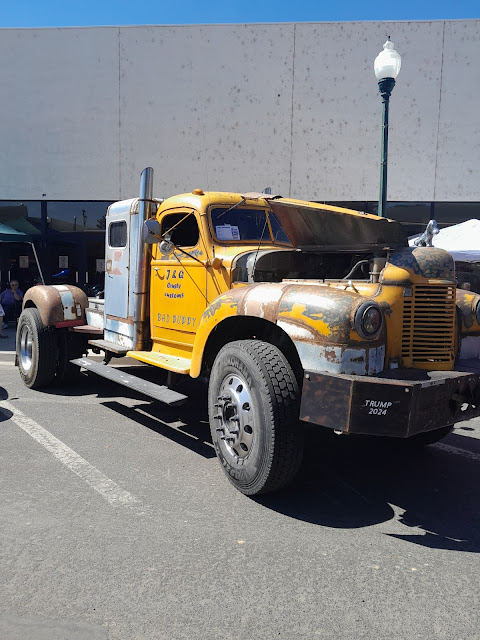 Karen took off work early and we were all invited to her place for dinner. She picked up some meat from the Mexican store in town and made some awesome tacos and fixings on the side.

It was cool enough for a fire outside so we enjoyed that for way too long LOL.

This morning after coffees and a little snack our company left for their next stop in Elko, NV. We're excited for them and their new adventure.

After they left Ken and I enjoyed a couple of mimosas and decided tomorrow we're going to take the Mansion and head for Bridgeport CA for a few days.  The campgrounds are only a little over 70 miles away, so why not?! It's beautiful over there and we have an anniversary bottle of champagne to drink too!

Well, it's that time of the day again! Happy Hour! 🍷🍺 Headed next door to visit with Karen's furry kids and Karen! Have a great evening!
Posted by Ken and Shirley at 3:47 PM