We've got electricity to the Kitchen, Headed over the hill to CA

Monday we headed for Carson City to pick up the refrigerator I ordered.  We decided to stop at Betsy's Big Kitchen first and have some breakfast. That way we'd only have 2 meals for the day and I would get out of cooking breakfast. Win for me! Delicious as always.

We got to Home Depot and boy were they busy.  We picked up some electrical things we needed and looked at a few things. Headed for their pick up area and then a little while later we met up with Mark and pushed the fridge to the parking lot.  They want you only to park in one place and that didn't work for us so we got it out there by ourselves. We like Lowe's so much better!

After that we headed home and unloaded it.  Ken still had time to work some on the electrical. We headed for Karen's later for Happy Hour. 🍷🍺 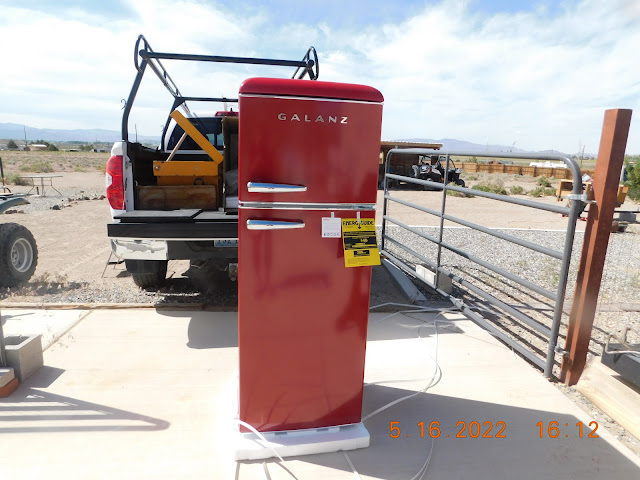 Tuesday morning we spent spraying the weeds that have popped up again. About an hour and a half or so. We did it a couple of months ago but then two days later we had rain and little weeds started popping up again. I've hula hoed a lot, but not in the rock areas. We've had so much wind since then we had to wait for a non windy morning.

After that Ken spent the rest of the day doing the outlets in the kitchen and seeing where he wants to tie in under the house. 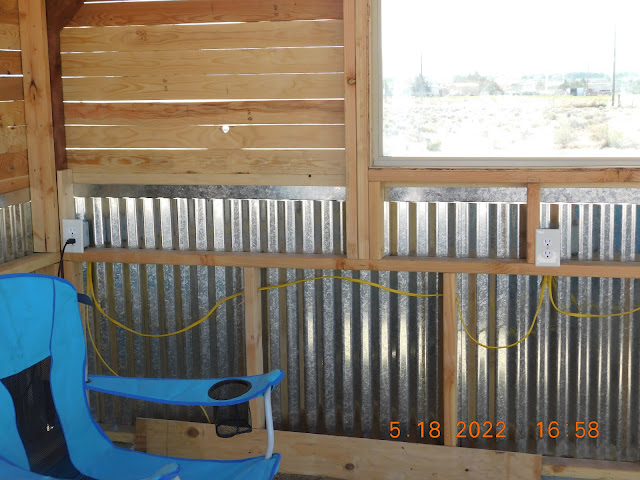 Today he got it tied in with success! We have electrical now!

I got some things ready to leave tomorrow. Russell called and said Aaron's been sick this week and home from school, so we'll see what the rest of the week holds. Hopefully he's on the up and up!

Happy Hour over at Karen's one more time.

Well, didn't get this posted last night so getting this done Thursday morning. Time to read some blogs and get on the road. Have a great day! I know I will because I'll be seeing a grandson! 💙😁

Email ThisBlogThis!Share to TwitterShare to FacebookShare to Pinterest
Labels: electrical in the kitchen, fridge picked up.