Friday morning we headed out for Carson City Lowe's. First was a stop at Walmart for some groceries. Once we finished there we were headed for Lowe's and it was still early. Ken said to do an online order for Total Wine in Reno, as we knew it would be done by the time we were going to get there. Who am I to argue, right?!

We stopped at Lowe's and got the piece of roofing we needed so he could finish the roofing. We bought 10 2x4's for the framing of the windows. $166.00 the cheapest yet, but we really didn't have much.

We headed over to Total Wine and then it was time for dinner on the way home. Betsy's Big Kitchen never seems to disappoint and Ken had lunch for the next day.

Again, the day was pretty much done by the time we got home. We headed over to John and Karen's for Happy Hour. John was home as they were leaving Sunday to head for Oklahoma. They are going to see John's first grand son and then to another part of OK to see his son, Jesse graduate college. They'll be gone about 2 weeks so we are baby sitting the pups at their house.

Ken got the roof finished and then started on the framing of the windows and walls. Looking good! 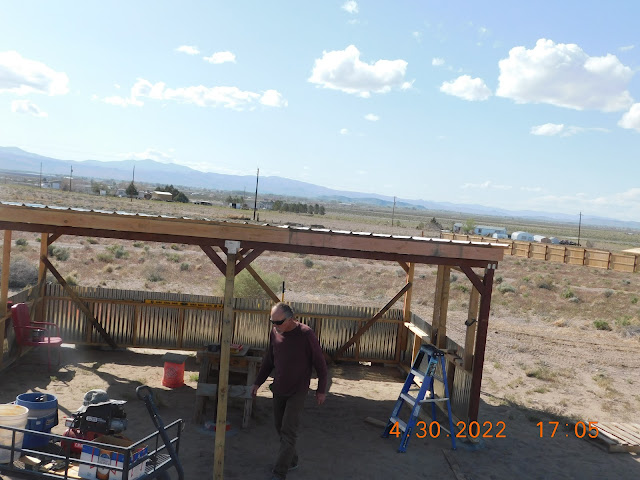 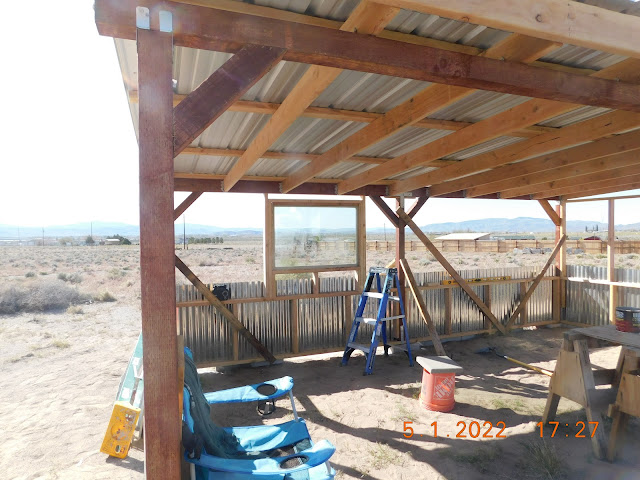 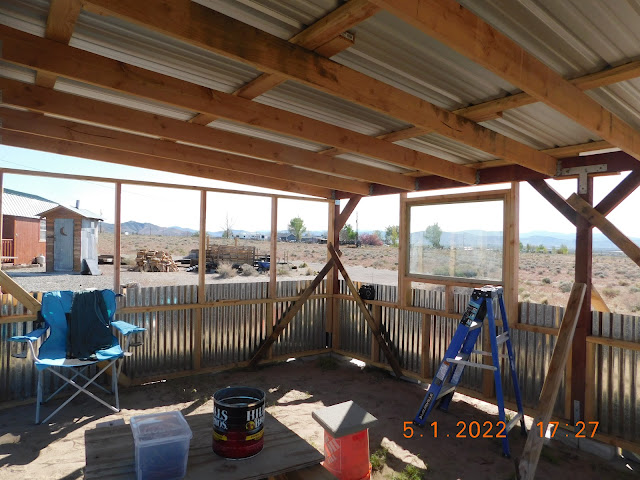 Sunday we went over for Happy Hour with the furry kids. We weren't going to stay the night but Mugsy looked so depressed I told Ken let's go home and have dinner then come back and stay. Yep, Mugsy has me wrapped. LOL. He crawled in-between Ken and me and then by morning he was on my side under the covers..such a sweetie. 💖

We were going to visit Ken's mom today, but it didn't work out with what she has going on so we'll go next week. She sounds good though.

Tomorrow we're headed for Lowe's to pick up the wood we want for the walls 😃 Not quite sure what that is but we'll come up with something. Actually had Happy Hour in the outside kitchen and came up with what we want. 😁 We're at John and Karen's house and will be spending the night with the pups. Ken found some fencing that needs repairing to make sure Mugsy doesn't get out, so he's working on that in this miserable wind!
Have a good night! He just came in! 😊🍺🍷
Posted by Ken and Shirley at 6:56 PM