We have a new water heater! A big thanks to the hubby who can do this kind of stuff! He worked most of the day on it, draining the old one, getting it out and getting the new one in and hooked up! Those things are awkward and heavy!

He saved us a bunch of money too.  Friends of ours are getting a new one in their house and having the contractor with Lowe's do it. Water heater and installation $1800.00 Ouch! Saved us about $1000.00. Time to play with that extra $$ LOL. It's never extra is it?!

That morning because he wanted to get started on it we decided to skip breakfast and have a late lunch. 1600 hours we were at Dini's in town. Good time to go as there wasn't any there. People started coming in a little before we left. Great early dinner. Too late to be called linner😊 We both came home with 1/2 our meals there was so much.

We pulled into Karen's driveway on the way home as she was over earlier and we were doing some computer work for her store opening. She had a wonderful fire going so we enjoyed that for a couple of hours.

Tuesday morning Ken suggested going to breakfast at Dini's instead of me cooking. Who am I to argue? They have an awesome 2eggs, bacon or sausage, hash browns and choice of toast or english muffin for $3.99. Best deal in town.  So for $11.00 total (plus tip) we were full!

Once we got home we both went to work on things. Ken vacuumed out the Patriot from the big move and then he washed it. Looks so much better! Thanks honey!

We met in the living room about 1600 hours and called it quits for the day. Later we talked about a fire out back but decided it was too cold and there was a little wind. Just enjoyed the evening inside.

We watched a movie called "A Father's Legacy" on Prime, an excellent choice! Tear jerker at the end. 😭

This morning it was about 25 degrees so it took a bit to warm to the high of 52. Ken's been outside pretty much all day finding things to keep him occupied. More firewood as we are going through it quickly with these temps.

I decided to bake a batch of muffins to put in the freezer for Ken. Much easier to bake here than in the smaller oven in the Mansion. 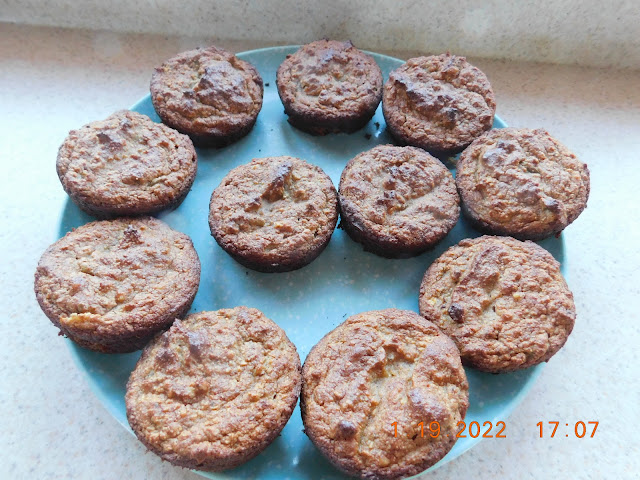 Happy Birthday today to my sister Wendy (65, welcome to medicare sister). Our daughter in law, Christina shares the same birthday too. I called her and had a nice conversation. She's been home with Covid the last 8 days, think she's ready for some activities now! She said the first 2-3 days were like a bad cold, but she's much better, unfortunately still testing positive.

Tonight it looks like we're going to have a nice fire out back here. Turkey burgers for dinner so an easy one! Going to get this done and head outside for Happy Hour. 🍷🍺