Tuesday morning about 1140 I see a dark colored truck coming down the road. Yep, it's the kids in their dad Eric's truck.  Better safe than sorry with unpredictable weather. 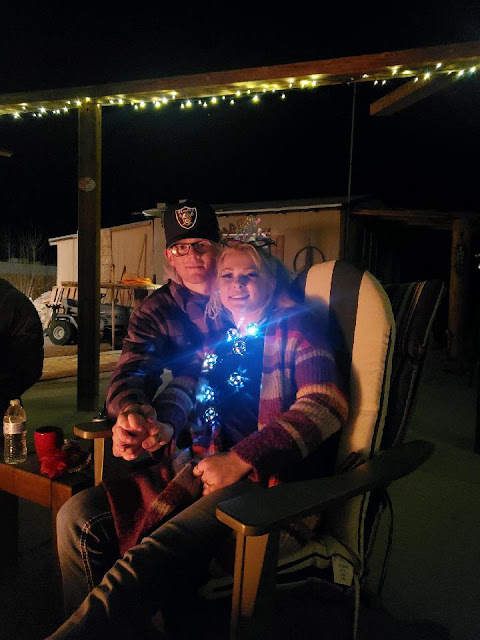 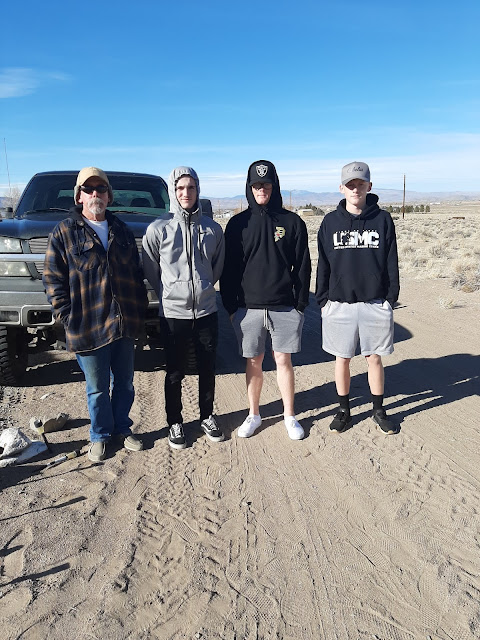 Papa Ken, Aaron, Seth and Mason...can't believe how tall all these boys

After a while they decided to take the Can Am and quads out for a ride. It was a very cold afternoon (mid 40's) but they wanted to go anyway. 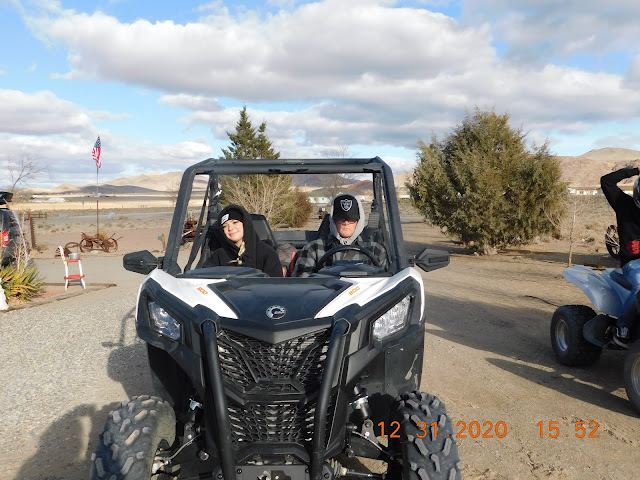 Seth and Holly ready for the ride! 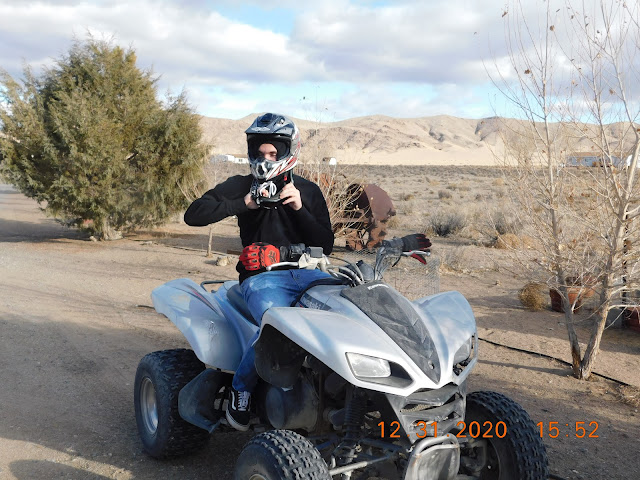 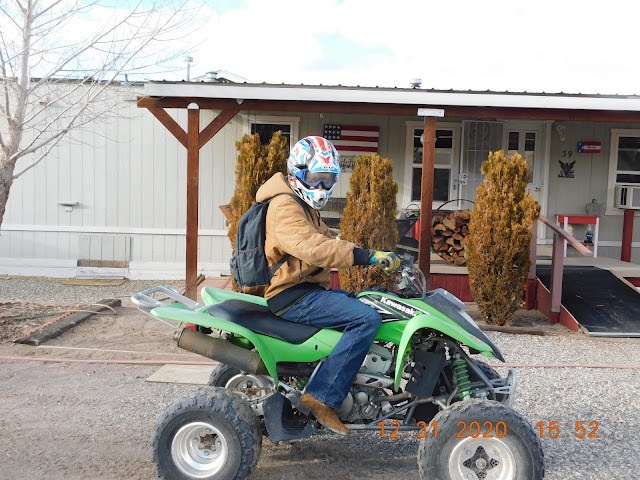 John and Karen started a fire so we headed over there after leaving a note for the kids. I had made enchiladas and coleslaw for dinner, only needed to be heated up. Ken saw the kids after they came back and told them dinner was cooked. Luckily Holly knew how to start the oven and heated them up.

Wednesday morning after staggered breakfasts (between 0900 and 1300) it was mainly a quiet day of doing what the kids wanted.  Holly wanted to make jalapeño poppers so I ran to the store and then gave her the run of the kitchen.  OH MY that girl can make some killer poppers!! 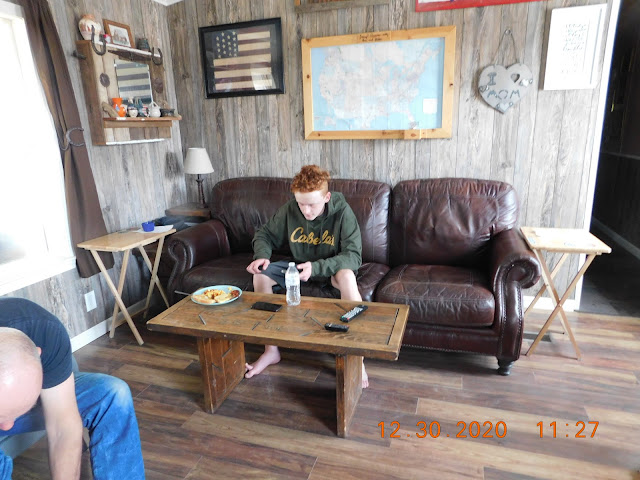 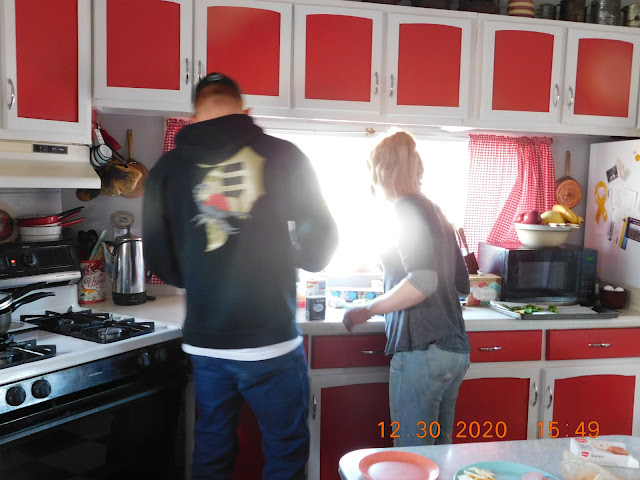 Not the best pic..but it was cute..Holly asked Seth to stir the cream cheese and cheese.  Seth looked startled and said "ME?"she said, "I have faith you can do it😂"

Later we headed out back, Ken started a roaring fire and then barbecued some awesome Papa Burgers.  Joe and Stacy came over and joined us for dinner too. A very nice night.

Joe came over for breakfast and coffee Thursday morning.  Again, staggered breakfasts and what ever the kids wanted.  We bribed Joe's daughter Rylee into coming over for breakfast by describing Mason's chocolate chip pancakes with ice cream and whipped cream 😊 Even daddy Joe had one 😀

A little later Seth and Holly ran to Raley's and picked up the fixings for Pretzel Cake (?)  I gladly gave Holly the run of the kitchen once again. Oh such yummy goodness with cream cheese, cool whip, jello, fruit and crushed pretzels..oh YES! Because it was New Years Eve we took that masterpiece over to John and Karen's along with a few other things.

The kids did go for one more ride for about an hour or so. They were gone longer than I would have thought as temps were still cold. Glad they had a good time!

John barbecued an awesome prime rib along with lots of fixings.  Anytime after 1900 the dinner was ready.  We all had a good time by the fire waiting for 2021 to appear, I only made it until 2230 and then headed home.  It was really cold and earlier in the day I had told Ken "I'm tired"...lol. 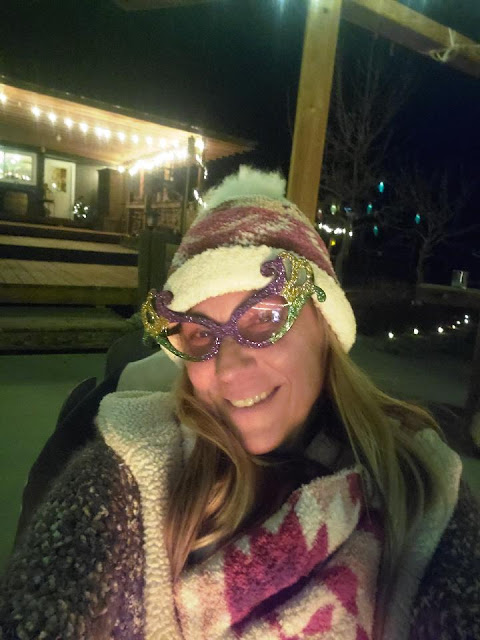 Karen goes all out with the masks etc... 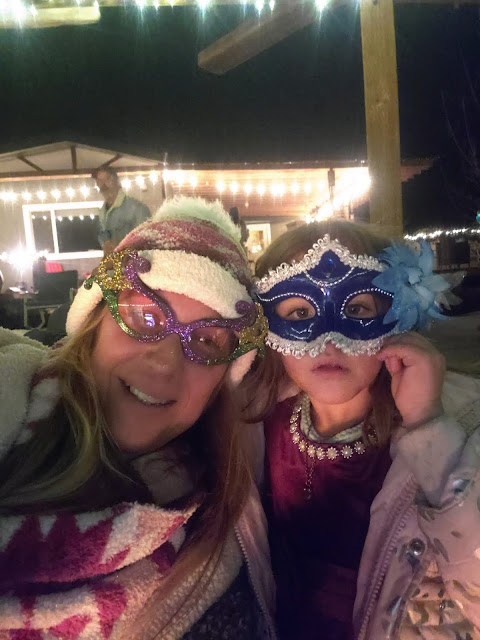 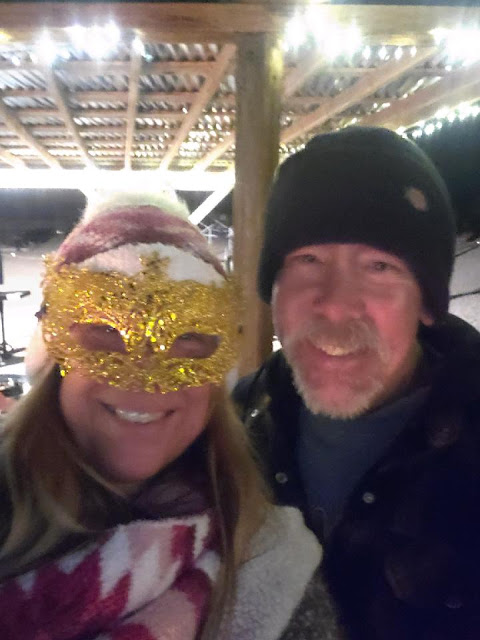 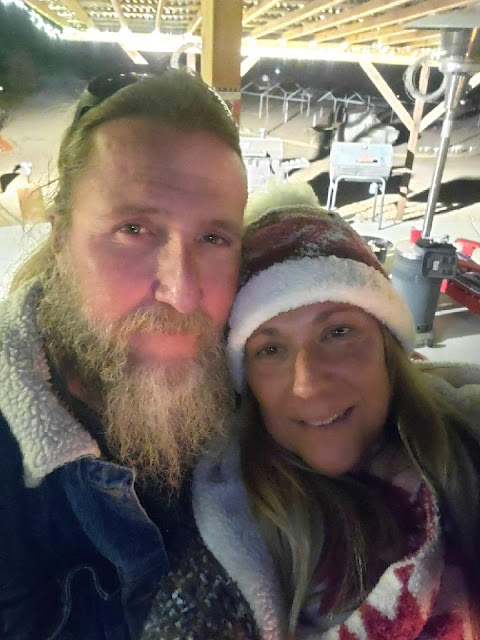 Our awesome friends, John and Karen..we lucked out getting them next door! 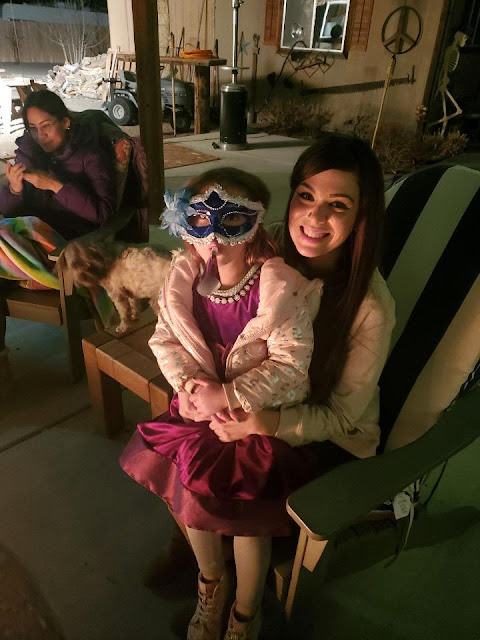 Sophia and her mommy, Isabel 💖

Ken walked me home and went back.  The kids came home too and then went back just before midnight to welcome in the new year.  I was snug in my bed fast asleep.

Friday morning it was breakfasts and then time for the kids to head back home.  Seth leaves on Sunday to head back to San Diego. They left here about 1030.  Ken and Mason, (with Mason driving) followed them to the gas station in town so Ken could fill their tank.

I always tell them to text me when they get home. Of course they don't (boys) but I figure no news is good news, so I don't worry (too much). We're both so happy they came out to spend a few days with us! Certainly made our New Year! 😊 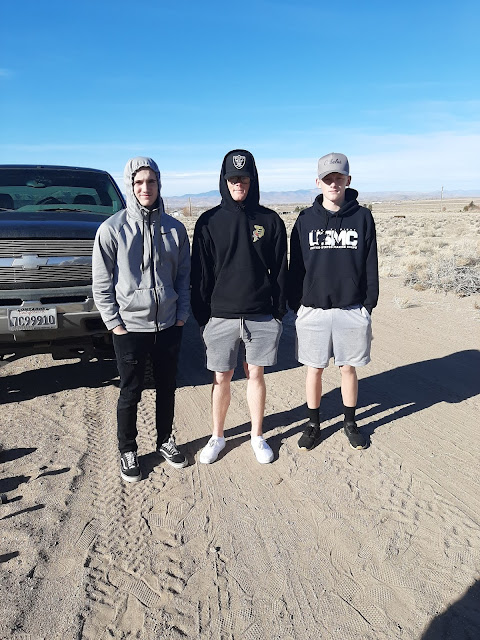 with Holly too..just got to find it!

I spent the rest of the day washing and changing bedding, taking down Christmas in  the bunkhouse and by 1530 I was done (in more ways than one).  Ken came in a few minutes later and joined me on the couch!

We watched a couple of movies and had a dinner of leftovers.

This morning I found myself awake at 0215...tossed and turned.  Nope, not going back to sleep so might as well get something done.

We'll be heading to Gardnerville this am to pick up a couple of prescriptions that are ready. We shall see what the rest of the day brings. 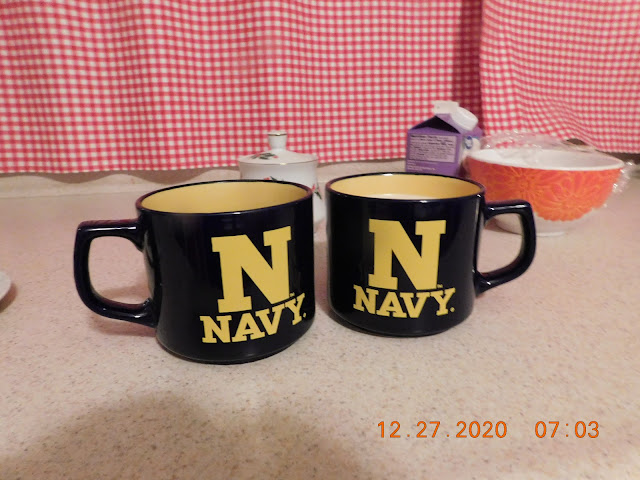 Thinking of Jacob this morning..💙💙