Catch up once again..and out of storage according to Google..

Good Monday afternoon! Well, I started the blog Christmas morning while we at our motel. See where that got me, nowhere..so I'm starting over. haha.

Last week Adam and his sweetie, Erin came out for a couple of days. While they were here he took her to see the ghost town of Bodie which is 84 miles or so from us. They enjoyed their time there.  Adam has been before but not Erin. We had a couple of good evenings with them. 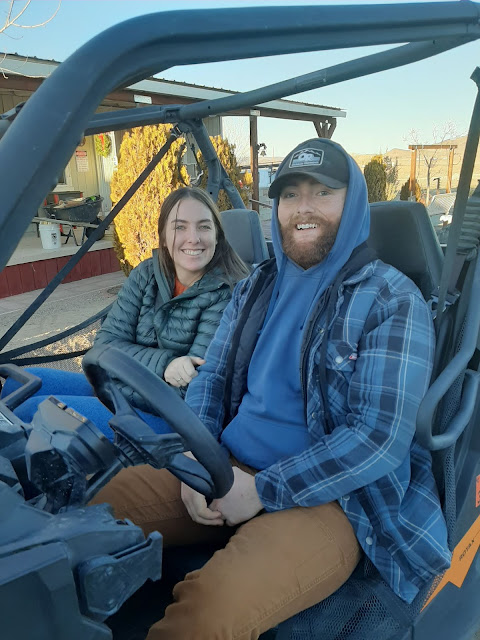 Adam and Erin going for a Can Am ride in the cold! 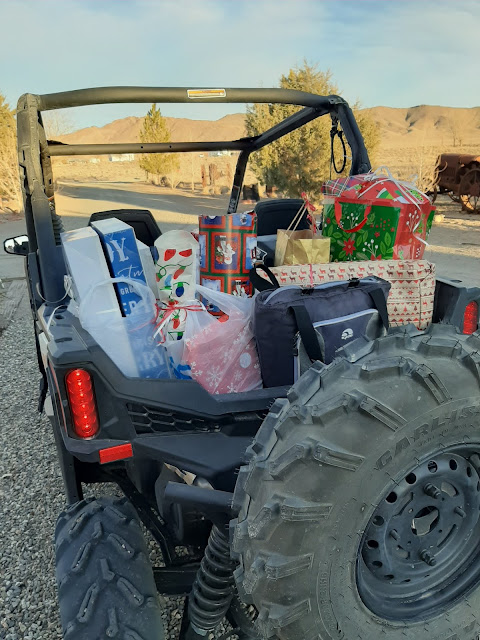 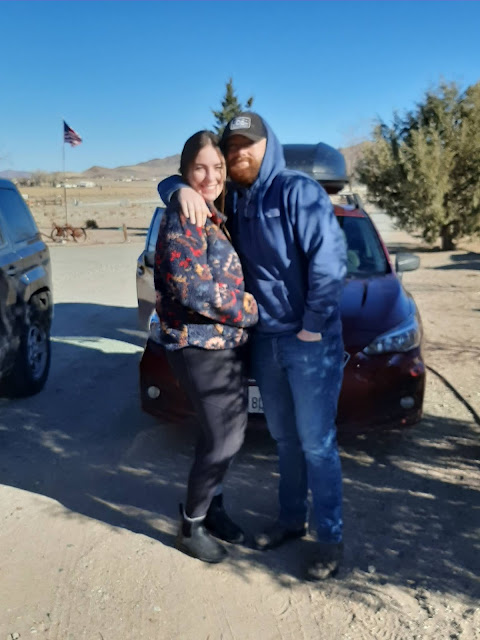 Adam and Erin are headed home... 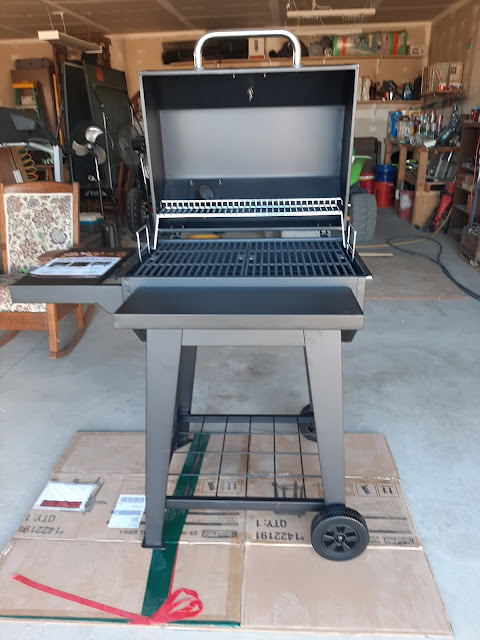 Our wonderful neighbors gave us this for Christmas :)

Thursday morning we left and headed for Cool and Georgetown CA to drop off gifts   for those two families.  We dropped the food I made to contribute to Christmas dinner too. Eric was going to be working a graveyard shift so he was home and Bryan is on his yearly vacation this time of year. It was nice to visit with both families.

Once we finished there we headed for our motel in Auburn, Ca.  We enjoyed the evening and ate in our room dinner I had brought from home.

Christmas morning we had some breakfast casserole I brought from home and then got ourselves going.  We were at Dusty and Chelsea's place a little after 0900. Their kids are the perfect age for Santa, so that was fun seeing what Santa brought them. 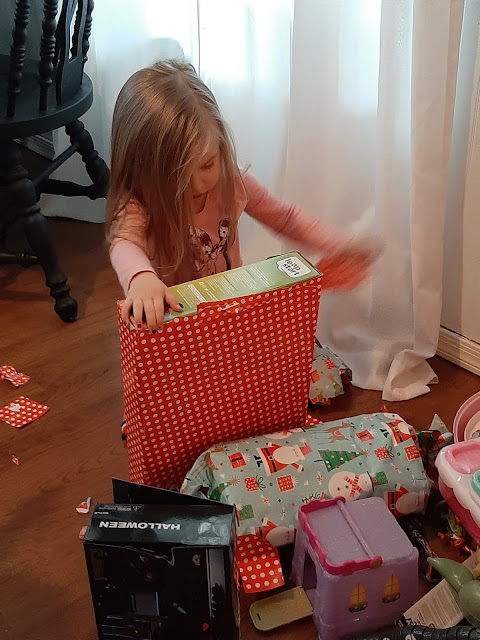 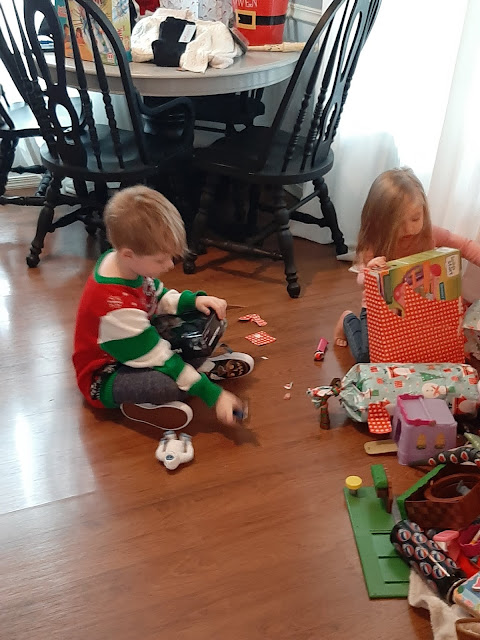 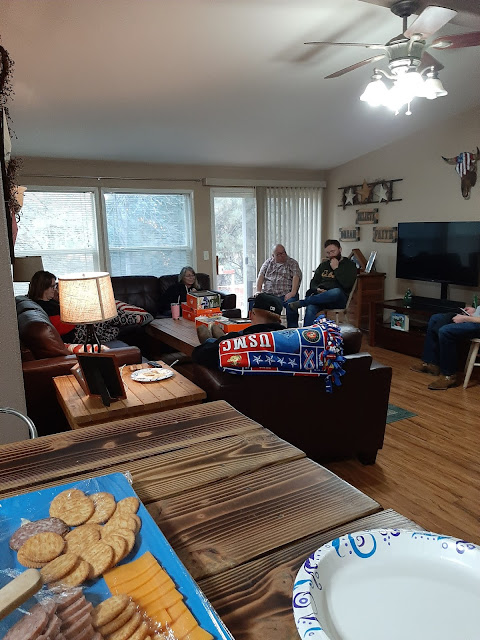 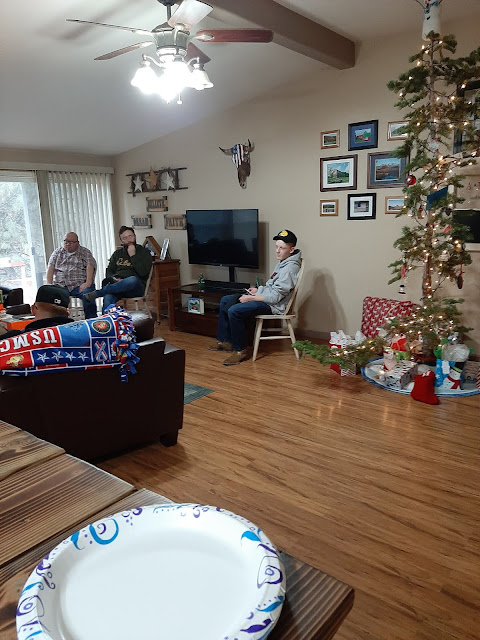 Mason added to the picture... 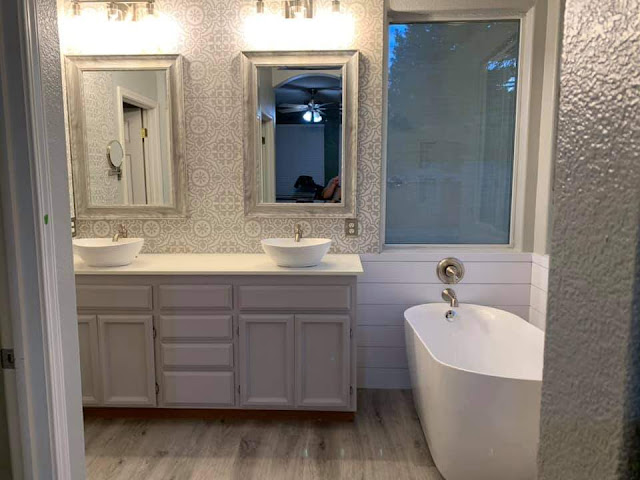 After that we headed for our youngest son Russell's house and we were able to watch them open their gifts along with what they got us. :) Thank you for waiting until we got there :) With Jacob in Italy most of the presents under the tree were for Aaron. We did get to FaceTime with Jacob!

We arrived at Eric's house just about 1200. It was a really nice visit and way too much food!

We left around 1600 and headed back to the motel. Another good night, we were both asleep pretty early.

Saturday morning we got on the road about 0915 heading for home. We had pills to pick up in Gardnerville so we headed up Highway 50.  California has a stay at home order...hahahaha. NO one stayed home!  Traffic was awful and very slow. People looking for places to pull off in the snow to play.

We grabbed our pills and stuff for Beer Margaritas, as Ken mentioned them on the way home.  Thanks Tom and Deb  for introducing us to these tasty drinks!!

Karen had texted and invited us to dinner as John's son, Jesse was visiting from Oklahoma.  We got things unloaded and headed over there for a nice fire and awesome lasagna dinner. I haven't had "real" lasagna in over 2 years, but it's Christmas right?!

Sunday morning I continued with the' It's Christmas right"?! We headed next door for some awesome biscuits and gravy before Jesse had to leave for home. Karen can cook, and again it's been a long time! YUM!

After breakfast I headed for Walmart in Gardnerville to get groceries for the coming week. We're having visitors! Seth, Holly, Mason and Aaron are coming out on Tuesday and staying until New Years Day.  Adam may be coming out later in the week too. We're missing Jacob and Allissa this year 😔

This morning we woke up to snow, just a dusting but glad I went yesterday!

Well, I'm done loading pictures as Google is saying my storage is full..so I better look into that! UHHH..

Have a good night! It's Happy Hour anyway...lol..