Saturday morning we left here around 0700 heading for California to celebrate Ken's mother's 94th birthday!  We had a few stops to make before we got to her house. 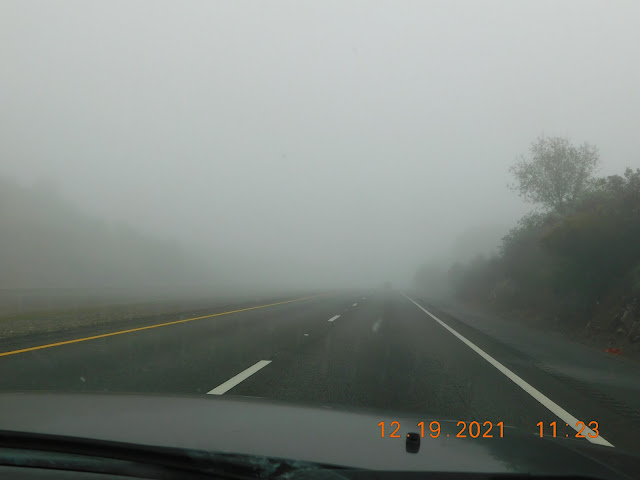 We got to Russell's house around 1100 or so. He and Lori were home so we had a nice visit.  We dropped off gifts that Santa left at our house for them.  One less stop Christmas Eve.

Once we left there we headed to our friend Joanie's house.  Again Santa left some presents for her great grandkids at our house.  I worked with Joanie from November 1993 when we opened the Sheriff's Service Center until close to the day I retired. She's 98 and doing awesome.  She still lives by herself and definitely takes care of things. Her house was decorated inside so cute :)  She's a special friend and she loves Ken! She loves me too, but I think she loves him more LOL. I really wish I'd get over there and see her more than once a year, going to work on that! It was a quick visit but we wanted to be at Grandma's around 1230 or so.

We visited with Grandma for a bit before Diane got there and then Dave and Emmy showed up too.  We had a few snacks I brought over and it was really nice visiting with everyone until about 1630 when it was time to get going.  We got a room in Auburn, and as we've said before really don't like driving when it's too dark.

Got to the room and got comfy. I had made some sandwiches at home, as we really don't go out to dinner.  There's a Jimboy's across the street but decided to have our own food. HAHAH.  Grandma called and said we left an ice chest that had sandwiches in it...OH.  I'm hoping she'll enjoy the sandwiches..Ken's was especially good as it was on REAL bread. Mine was on the Keto bread (3 carbs a slice).

We had some salami and cheese left over so that was dinner. It worked, but not what we planned on.  This same hotel we planned on Jimboy's a few years ago when we stayed Christmas Eve. Went to get dinner and they were closed. DUH Christmas Eve!  I had some appetizers in the back of the car for Christmas day so we had those..LOL.

This morning we got up and got ourselves going and got to Edelweiss Restaurant#2 in Auburn, CA.  Ken was in the hallway talking to our friend Steve (who was supposed to come visit for the night) and I saw a man get out of his truck. I recognized him from FB so I knew who'd be with him.  I knocked on the window and pointed.  Ken got a big hug from Lisa! 😊💖 She came inside and we hugged so hard and so many times.  Oh my heart! 💗

She hasn't changed since high school!

Lisa was a friend to our boys when they were teenagers. She graduated the same year as Bryan. (1991).  I haven't seen her since then. We are friends on FB and I met her daughters last December when I went to pick up some gifts her daughter, Zoey made. She wasn't home at that time.

It was like nothing had changed over the years.  The boys had some great friends, both male and female.  She was always one of the special ones in my book, Ken's too 💖

Her hubby was celebrating his 57th birthday today. He's a sweetie too (and a great smile) along with some pretty great kids! We finished our meal and she came over to visit a bit more.

When we asked our server for the bill she said, "Someone already paid it" 💗  We knew who the "someone" was. We went over to thank them and got some more hugs before we left. Hopefully we can get together for a better visit soon! 💕

We said our goodbyes with hugs and then we headed home (the long way) and her family was heading to the snow for some play time.

We started heading towards 50 when Ken asked how far to go highway 49 to 88. About 40 miles longer. Well, we didn't have company coming this afternoon so why not?! We love to support big oil...hahah. It definitely was slower, but oh so beautiful. We've done this ride several times but not in a few years. 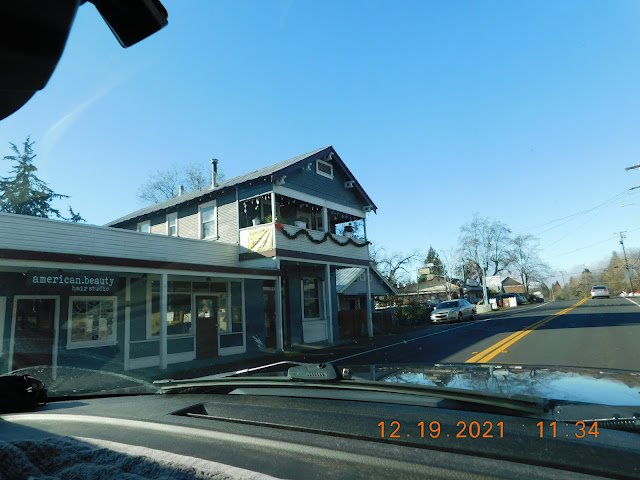 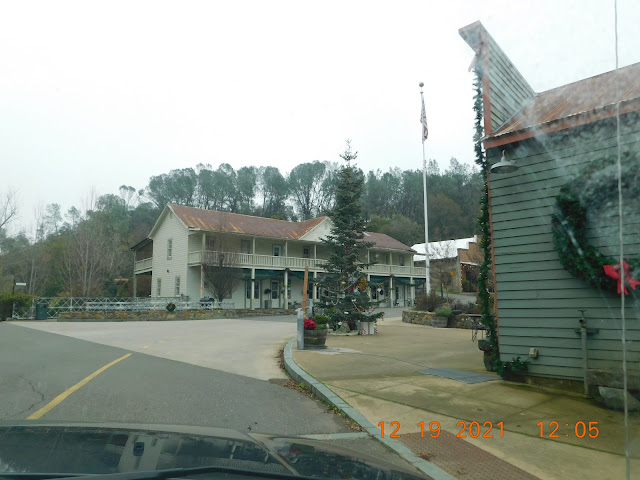 Sutter Creek sure brought back memories of going with my sisters and my mom every Christmas season. We'd window shop and then have a nice lunch before heading back home! Miss you mom! 💖 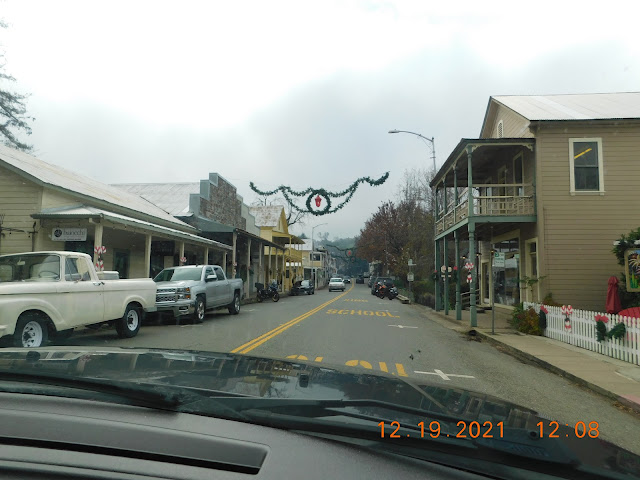 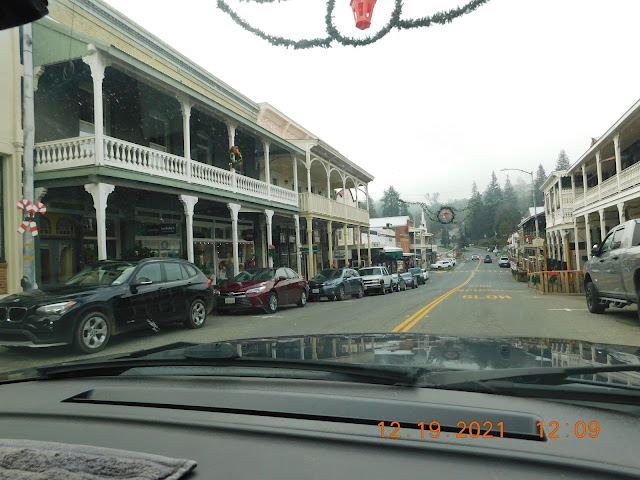 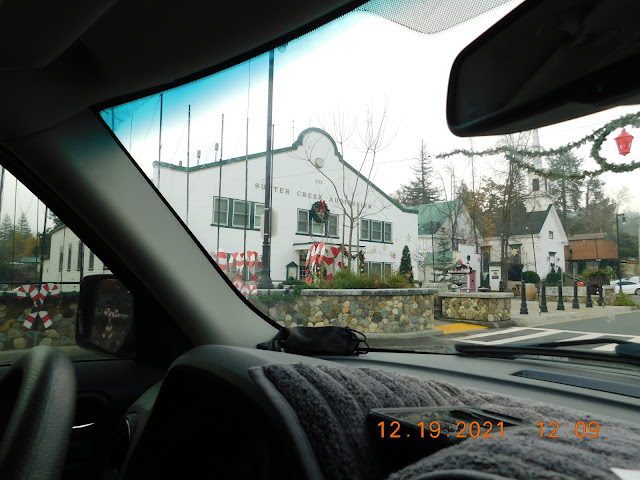 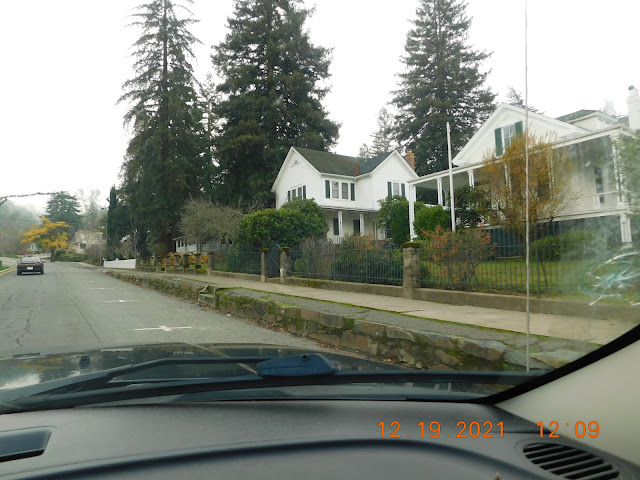 Homes along the main drag! Love them..Elva I know you love these too!! 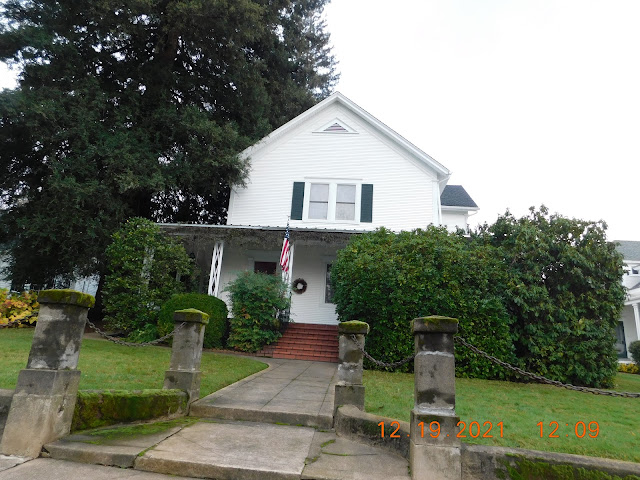 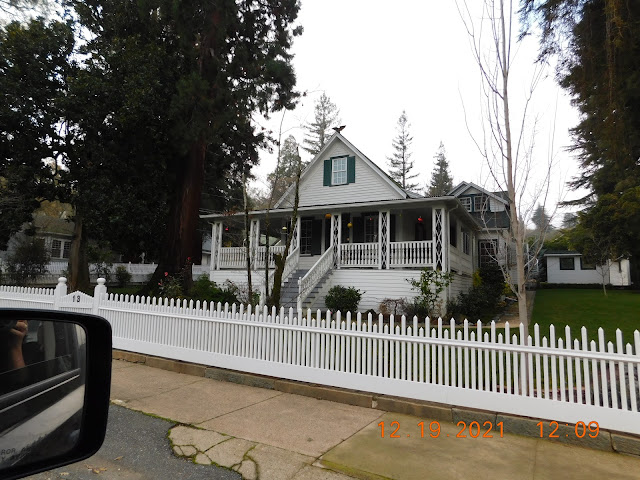 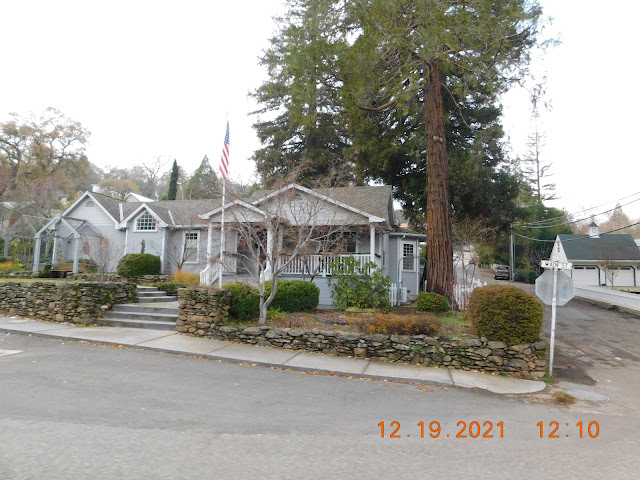 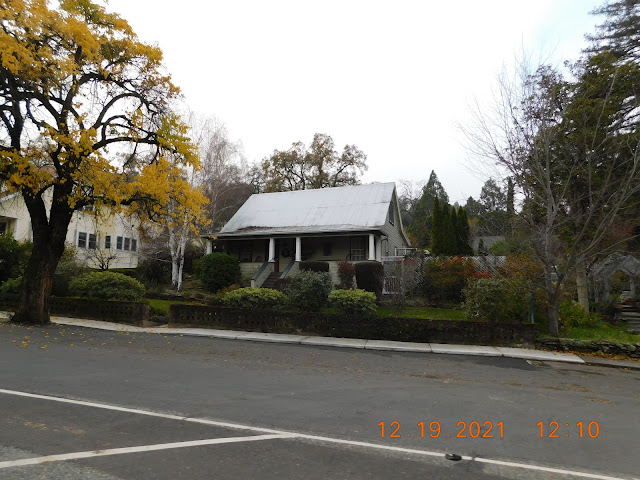 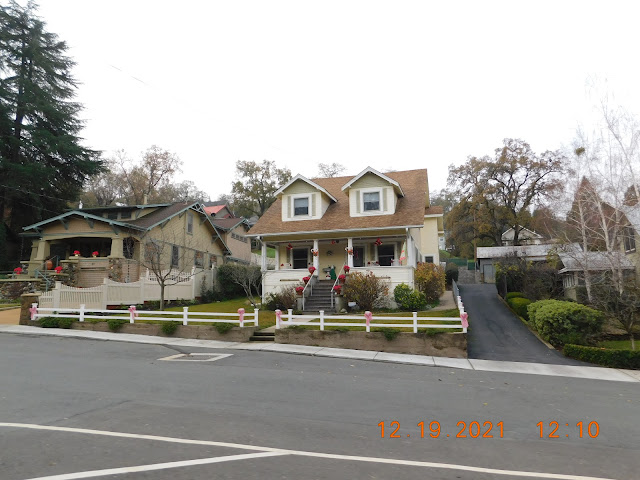 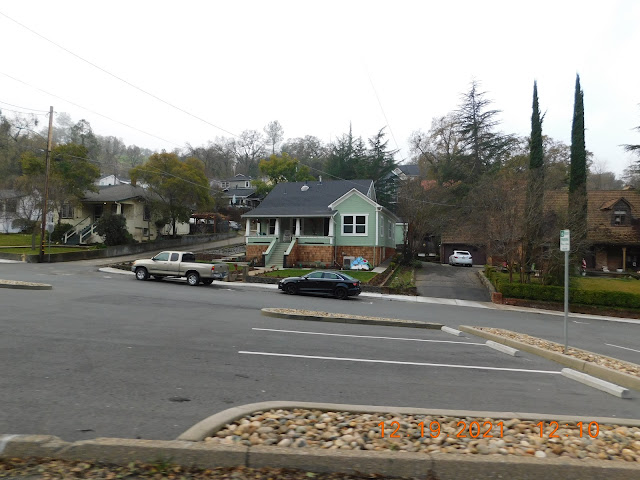 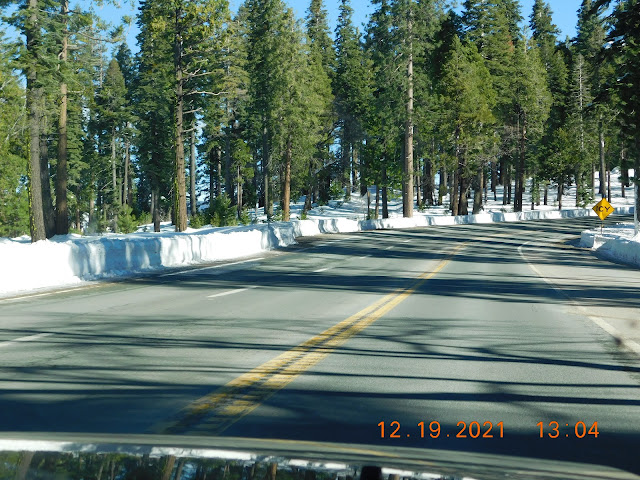 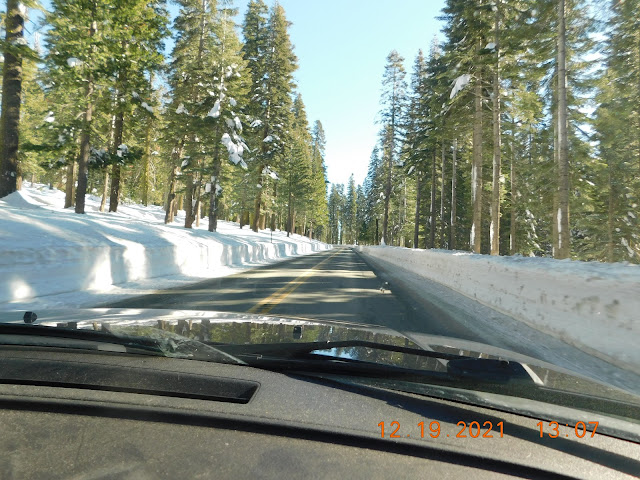 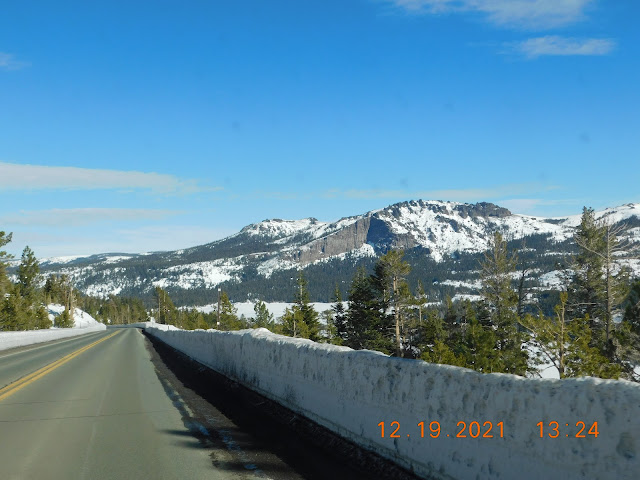 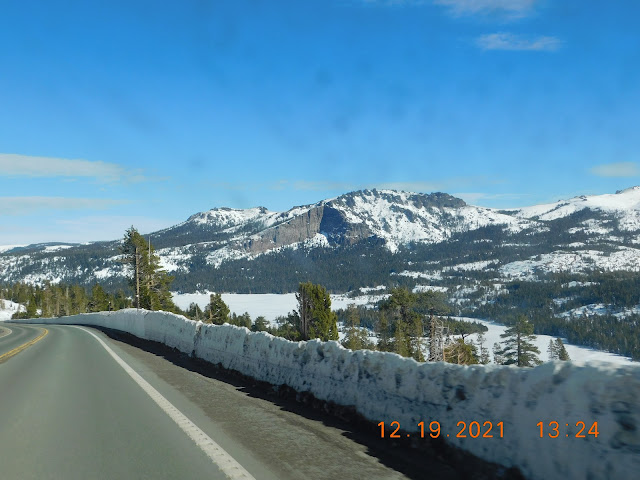 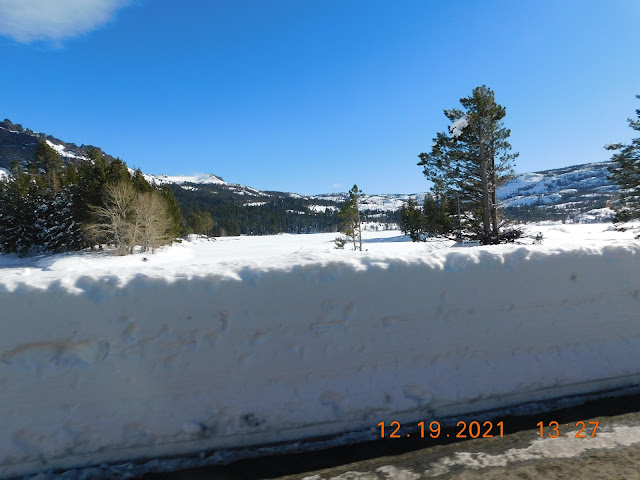 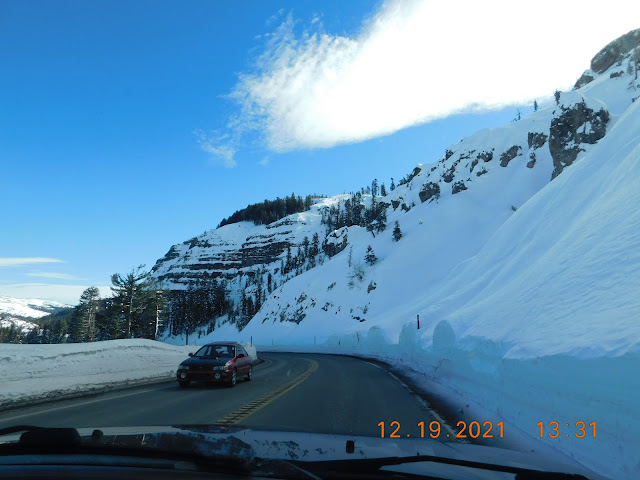 I started this last night (Sunday) but then we got a picture of a fire next door so off we headed :) John is home for the next two weeks so he wanted to have a fire and company.  It was so cold out though!
Better get this day going as we've got company coming for the night.  Steve and Candy will be here this afternoon on their way to Arizona for Christmas and New Years.
Have a great day everyone!