Happy Anniversary Russell and Lori, Congrats Adam and Mason! Getting ready for company!

Friday morning (21st) we left here with the Can AM behind us.  Dropped it off at Michael's in Reno for its first servicing. 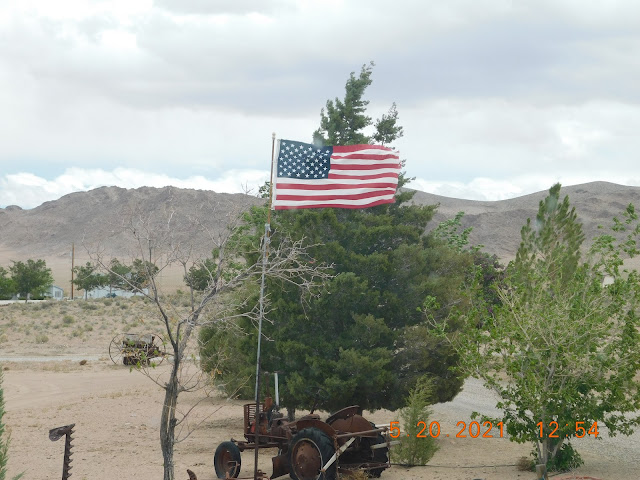 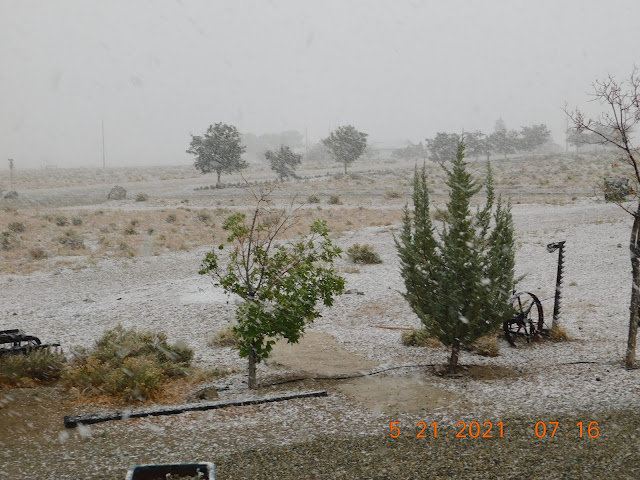 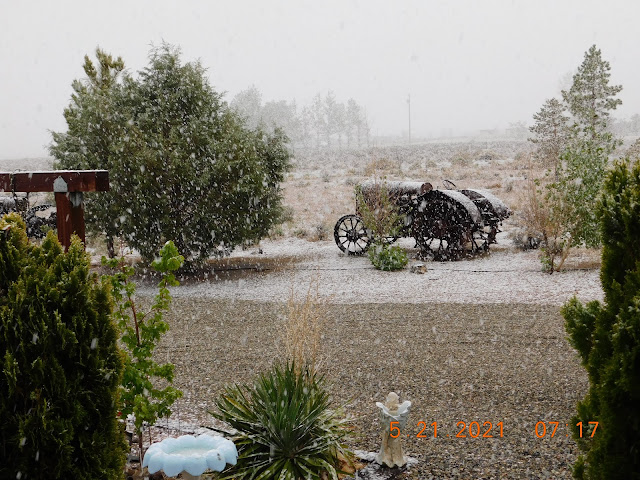 We headed for the Meadowood Mall with a little time to spare before Ken's appointment in Carson City.  Macy's was the destination.  We looked and looked at clothing but I couldn't find anything I liked. I know you probably think I'm too picky, but I just want simple.  The only dress I kind of liked was $129.00! Nope, not happening. Their dressing rooms are open and no masks required! Nice to see peoples faces once again!

I waited in the car while Ken had his CAT Scan, I guess because it was Friday afternoon the parking lot was fairly empty and he had no waiting.

We headed to Betsy's for linner.  Awesome meal once again! Then home.

Karen called and invited us over for Happy Hour so we went. 😀🍷🍺

Saturday we were home and just got some things done around the house.  We were sitting out front so I called Susan to see if she wanted to join us and have a glass of wine.  She said sure and walked up.  Karen showed up as she wanted out of the house, so we ended up having a nice fire out back. Conversation flowed and it was an awesome evening.

Monday morning we picked up Karen next door and we headed to Reno to pick up the Can Am.  All done and to the tune $356.00 but it needed to be done.  They say the next servicing is the expensive one..haha.

Then on to Walmart in Gardnerville where she called AAA and we took her to meet them at the repair shop so they could tow her vintage rv home. We had hoped to have time to go to lunch but she had to meet them at home to get the keys. Rain Check.

Monday was also our youngest son's 24th wedding anniversary!  Congratulations Russell and Lori!! A few pics from way back and one from nowadays. 💖💖 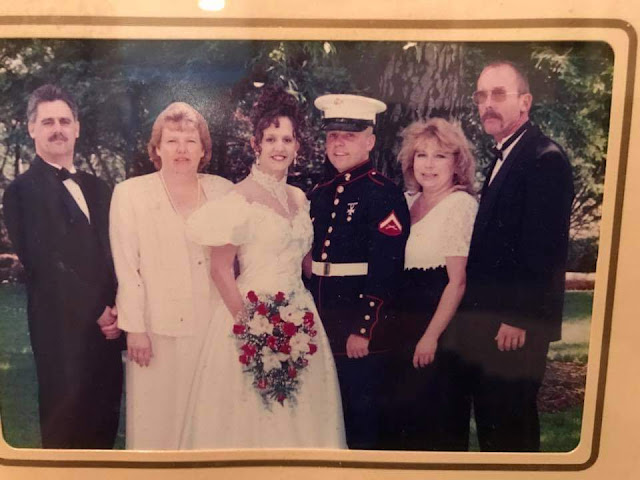 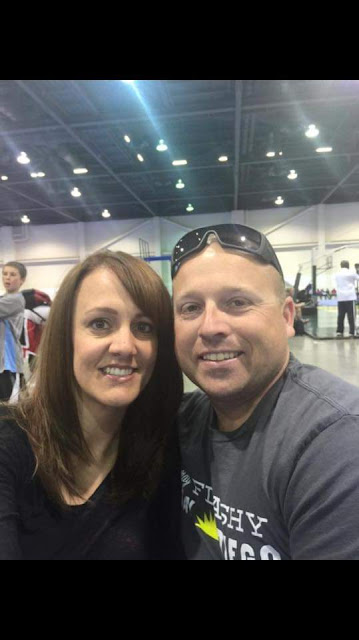 Tuesday was a stay at home day getting things done as we have company coming this  weekend.  Finally got my windows washed.  Too iffy last  few days with the weather. 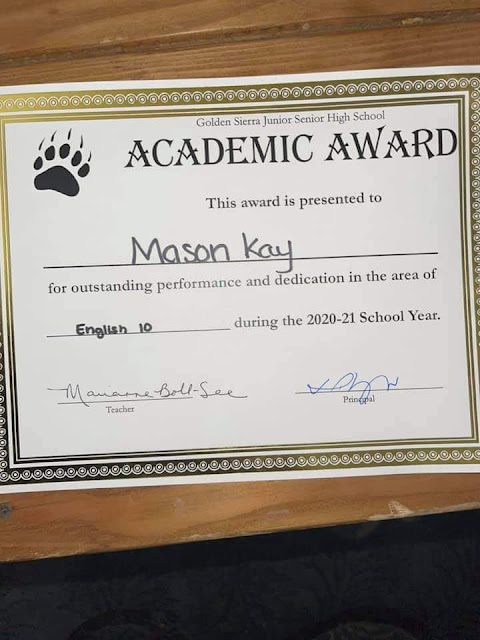 Mason got an award this year for English! Congrats Mason!

We heard a few times from Adam as he decided to get rid of the Subaru he bought a few months ago. I'm glad as it just didn't fit his lifestyle (camping) in this grandma's opinion.  He ended up buying a 2021 Ford Ranger. Nice looking truck. I think he'll have this one awhile. He called tonight and said how happy he is with it!

Yesterday (Wednesday) we headed out once again. I still needed some groceries for this weekend and to see about a dress!

Walmart has their dressing rooms open finally, but nothing there I want.  Ross has theirs open too, but I don't know who they're dressing! I was in there about an hour and came out empty handed.  Thank goodness Ken was able to wait in the car and watch a movie on his phone as that's not his favorite store.

We headed over to Penney's and after awhile I found the dress, well kind of haha. I bought a dress, but I really liked the same dress in a different pattern but it was too big.  I ended up ordering the dress I really want online, but bought the other just in case.

Ken tried to talk me into another one too, but like I told him, "When's the last time I wore a dress? Especially a dressy dress?" Not much occasion out here in the desert..LOL.

It was about 1500 so we headed to Betsy's for Linner.  Delicious and there's enough for Ken's dinner tonight.

Today (Thursday) was all about being in the kitchen other than a quick run to town.

I made a few different kinds of enchiladas for tomorrow night. My sister Linda and her hubby, Bobby are coming for the first time since we moved here over 8 years ago. Dusty, Chelsea, Owen and Cassidy will be here too.  Friends Kim and Lance are coming with their 5th wheel. We are excited! 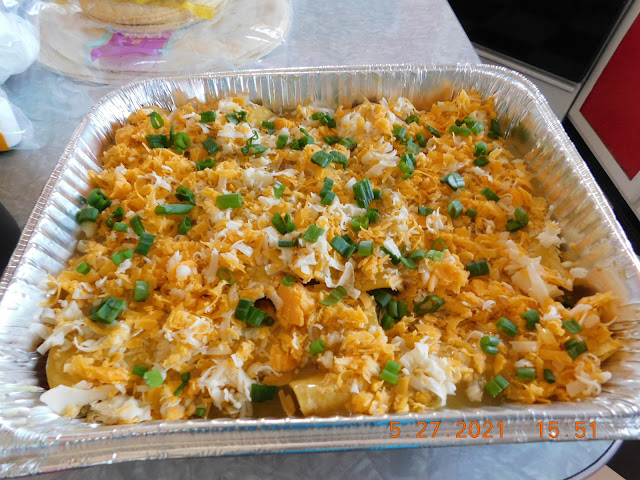 Enchiladas ready to go into the oven tomorrow!

Time to get this posted. Have a wonderful evening!