Sunday there was no working on the Motorhome.  Karen was having a barbecue with her family and Adam and Erin were coming for the night.  I thought I'd have tons of time to bake and make things...hahahaa. NOT.

I did have most of the stuff for spinach dip (except 1/2 cup of sour cream) to take next door but had to run to Raley's anyway.  I like to have special things the kids want when they come so off to Raley's I went! I made the dip when I got back and the bought chocolate chip cookies to take to Karen's.

About 1300 or so we saw people outside so we headed over to John and Karen's. We had hot links so we took those along with the dip and cookies next door. Karen had the barbecue fired up and in no time a nice lunch was ready!

After that we moved outside to the outside decking and just enjoyed the sunshine. About 1515 got a text from Adam that they were at our house. We hugged good bye and headed home to see Adam and Erin! :) 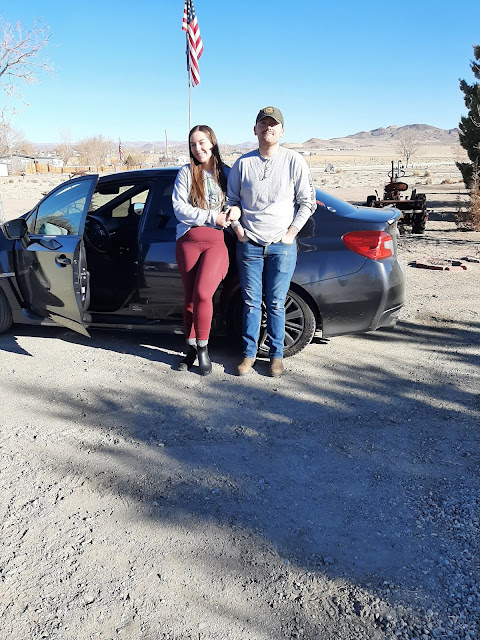 Adam and Erin are headed out for 9 days vacation. Plans kept changing but they ended deciding to take a trip to Olympic National Park, Washington.  Well, when they left this am that as the plan...LOL..love you guys travel safely!! 💙 I know before they came it was  it was Joshua Tree and Death Valley...Jello Plans..hahaha..

Adam took us for a ride in his new car. Yes..his new car.  He bought the Tacoma, was approved and then within the week Toyota wanted him to lease the truck rather than purchase.  Yes it was a cluster but in the end he bought a 2018 Subaru WRX that he loves with less payments and less loan time. This is what we call the "Kay Wild Hair"...LOL...  We do have a $50.00 bet that he won't keep the car till the end of the payments...we will see!

Enjoyed our time together last night.  Ken barbecued Papa burgers and we had french fries as a side. Probably 2330 when we hit the sack.

I was up around 0500 and started the coffee this morning.  The kids were going to try and be out around 0800 but that didn't happen.  After breakfast and showers it was closer to 1000. 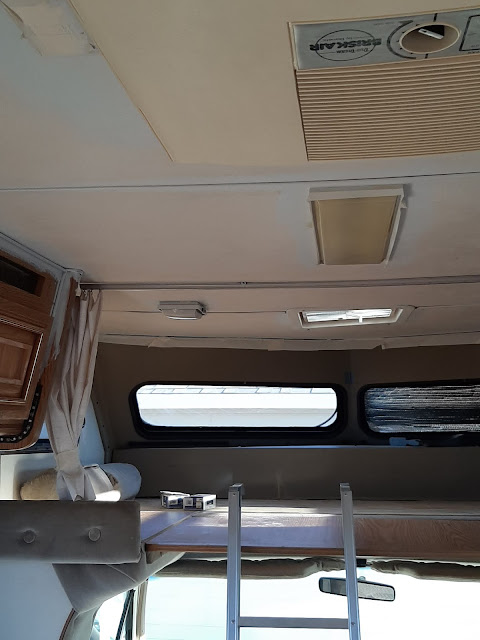 See the difference in color?! Loving the white... 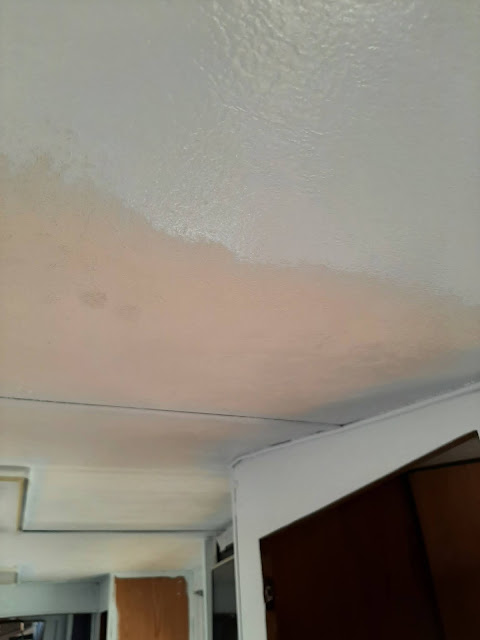 Another view of the colors...

We said goodbye to them and I got changed into my painting clothes. Out to the MH I went. Had a good day of prepping for ceiling paint and then getting it done! Looks so much fresher! Nearing 1700 I washed my tools and came inside to a nice fire the Ken had going! 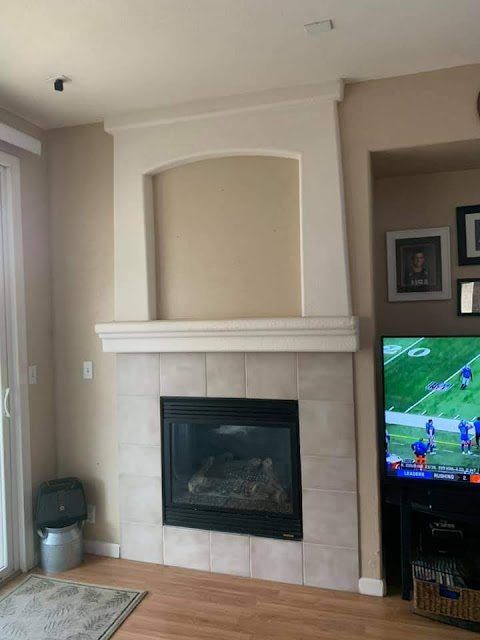 Youngest son Russell has a remodel going on at his place..Russell's fireplace area before remodel... 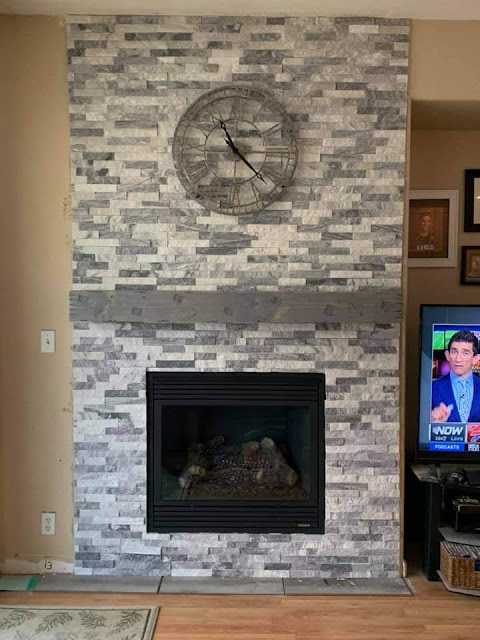 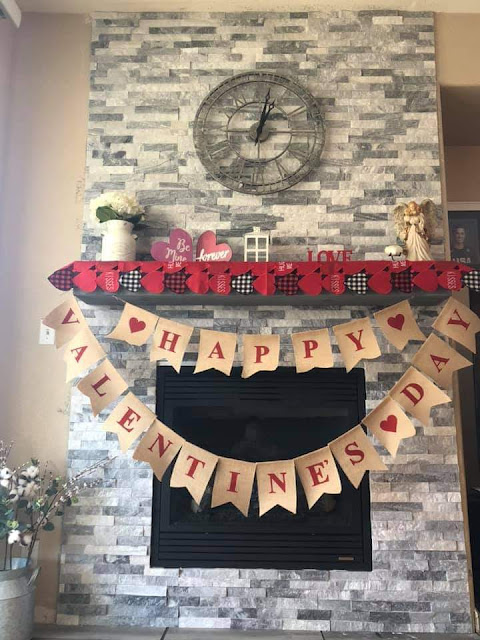 After Lori decorated! They will be painting, adding new flooring redoing kitchen and losing a wall..alot going on for them!

I was going to do chicken tacos for dinner but I was just too tired..so ham and cheese quesadilla for Ken and leftover cabbage lasagna for me. Good and quick. 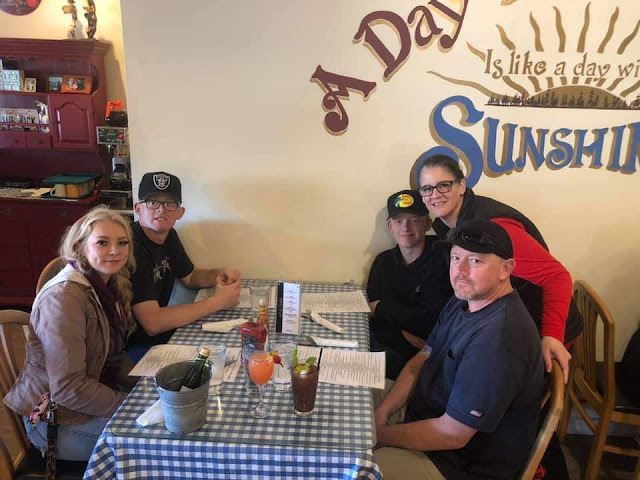 Time to call it quits! Have a great evening!!