Another week has drawn  to a close. They are going by way too fast and it'll be March already in a few days.

Thursday we headed for Reno and Ken's yearly eye appointment with his opthomoligist. All good there! He goes back in a year :)

After that I drove over to Western Skies RV where we bought the Mansion two years ago.  We wanted to get some information on who to contact about the structural warranty.   They helped us with that and while we were there we looked at a couple of new trailers that don't have the Lippert frame. In the sizes that we would like to keep they were nice but NO counter space. Been there, done that. More $$ too. They were made by Winnebago.

That killed some time so around 1400 we headed to Betsy's Big Kitchen for what would be our dinner. A nice time was had and great food.

We then headed for the Day's Inn we like in Carson City.  We ended up with an upgraded room as I wanted a first floor room. They were trying not to rent out the back side because of ice and snow. The gentleman said if we promised to be careful he'd give us that room. Nice!

Friday morning we were up early as Ken had an early appointment with his 2nd ophthamologist that deals with his glaucoma. All good there too! His eye drop is working and pressure is staying the same. :)

Once he was out of there we headed to Winco in Reno and left a nice donation there! I knew I would as I haven't been shopping there in ages!

Then on to Gardnerville and a quick stop at Raley's for prescriptions.

Time for linner so we stopped at Sharkey's Casino for an awesome meal. Homeward bound after that!

Put away the groceries (the part I hate the most LOL).  Ken made a fire inside and we enjoyed the evening watching a couple of movies.

Saturday we slept in until almost 0700.  Blogging, coffees and treats. Ken went outside and worked on firewood until lunch. We both had leftovers from the meals of the last two days. I usually only finish about 1/2 of mine at the restaurant.

This afternoon we went two doors down to pick up a few things for Karen. Our neighbor died a few months ago and his friend is there selling stuff before they list the house on the market.  Karen bought a few things and she found a Youngstown Kitchen cabinet for us. $30.00. What for you ask? 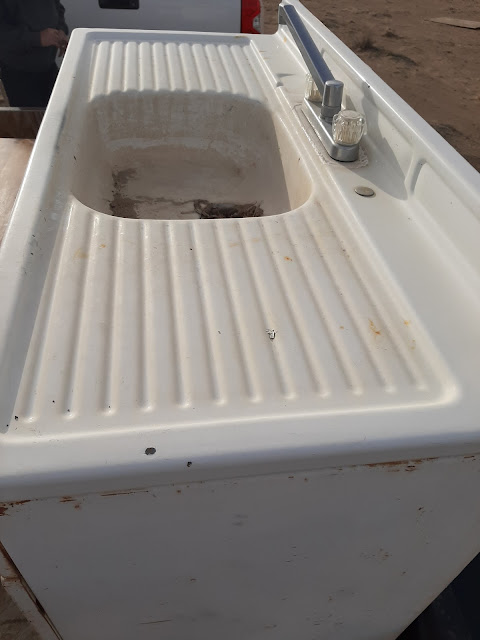 The Kay's Kountry Kitchen is being planned for this spring/ early summer! I fell in love with our friend Fred's outdoor kitchen when we visited this winter. Brought it up to Ken and that's our next project. 💙😋 We want it rustic and western. I have a vision and I think we both agree! Can't wait to get started.

While over there I spotted these concrete blocks that Ken always picks up at Lowe's.  For our kitchen he plans on using these with concrete for the outside foundation. Well, we got a steal at 250 of them for $100.00. They run about $2.00 a piece at Lowe's.  40 cents a piece we're paying :) 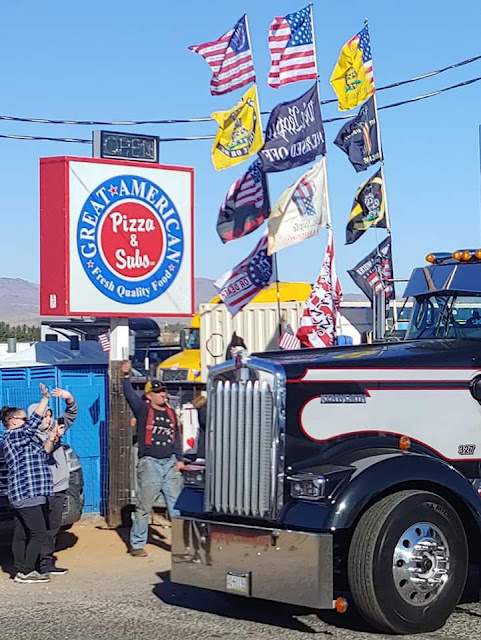 Time to head outside we've got a fire going and Happy Hour! Have a great evening!