Snow! Tax work, Anniversaries of two of our kids..Reno bound this am!

Monday I finally had to make a run to Raley's.  I had been craving the pizza we had a few weeks ago but I wanted to make it on zucchini crust.  Oh my it turned out delicious.  One thing we find with the Papa Murphy crust is that the next day it seems to swell up. Probably does that in your tummy too LOL. 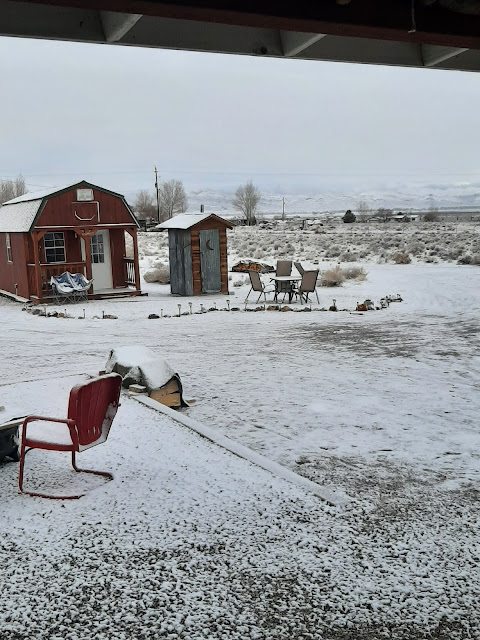 Waking up to a little snow this am...hope it goes away by Sunday when Bryan and friends are coming! 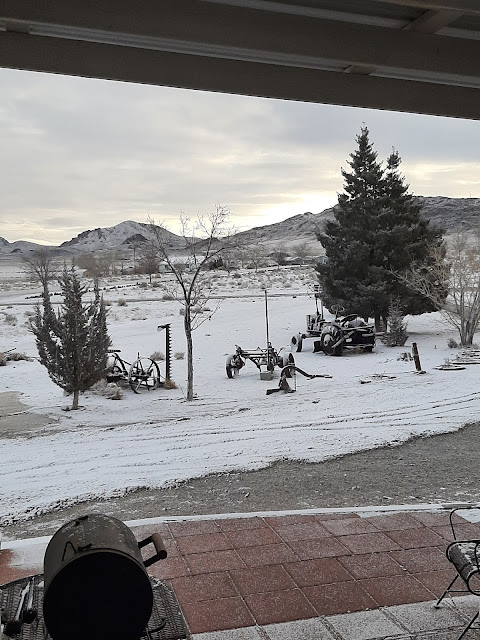 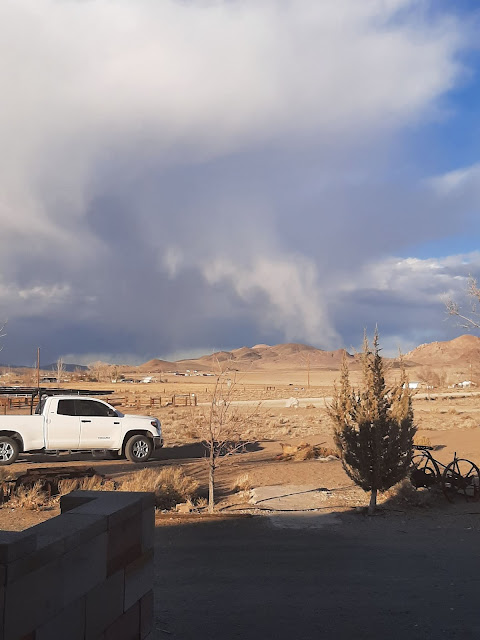 I cut up all the stuff and then later in the day we worked together to put it together. Looked so good before it even went in the oven but even better coming out LOL. 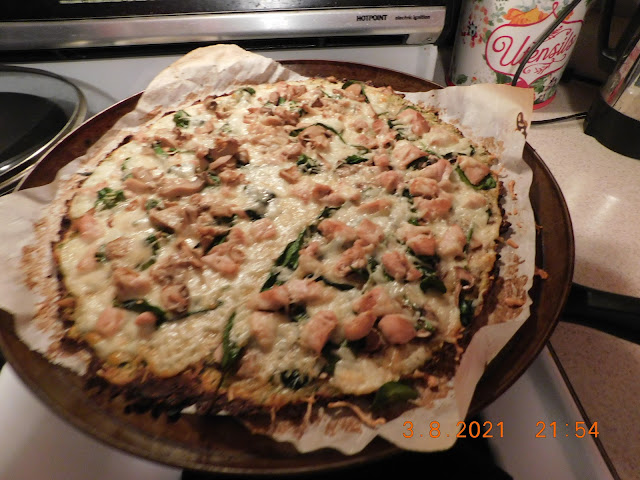 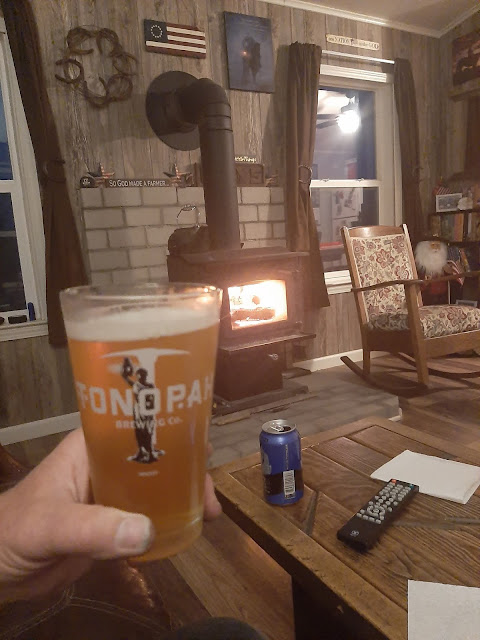 Joe brought this glass for Ken from Tonopah, NV..

Tuesday was a day of fixing taxes for Adam. I used the program e-file (the company) to do his which are pretty darn easy.  The problem was that when we filed them on 2/12 the tax program didn't show that he's eligible for an earned income credit in CA.  Not alot, but the governor is giving everyone who files for the earned income credit an extra $600.00 down the road.  So, spent time waiting and talking with "customer service" at the e-file. In the end no help, as the software is correct now, but he'd already gotten his smaller refund. I ended up talking with Franchise Tax in Sacramento who stated I needed to file an amended tax form which will take longer to get a refund. Oh well, e-file was useless as they didn't use the right form, so figured it out for myself. Hopefully! Warning...don't use e-file (the company).

Once that was done about 1600 I headed outside to watch Ken barbecue some chicken thighs for him and a turkey burger for me.  We had the Little Red Campfire going as it was really chilly!

During the day Ken ordered some 1/2 inch rock to be delivered on Wednesday. He has been wanting to add some to the driveway so its coming. Last time we had it delivered it was around $440.00 it's gone up to $530.00. Oh well, what hasn't?!

The rock came around 1100 and Ken's happy now to have a good base on the driveway. 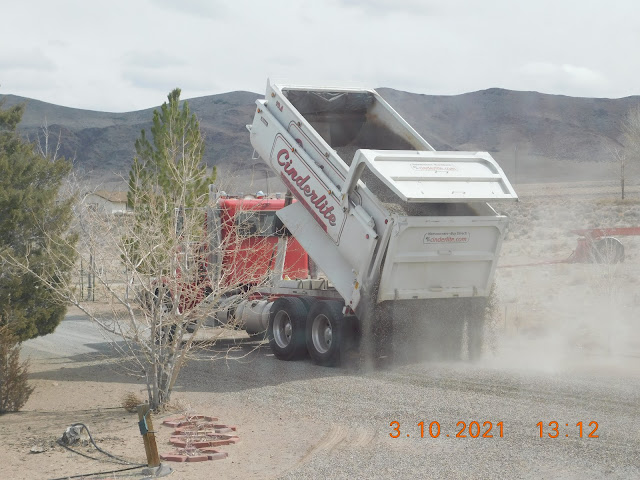 The truck was actually overloaded by a ton and a half..so we got extra :) 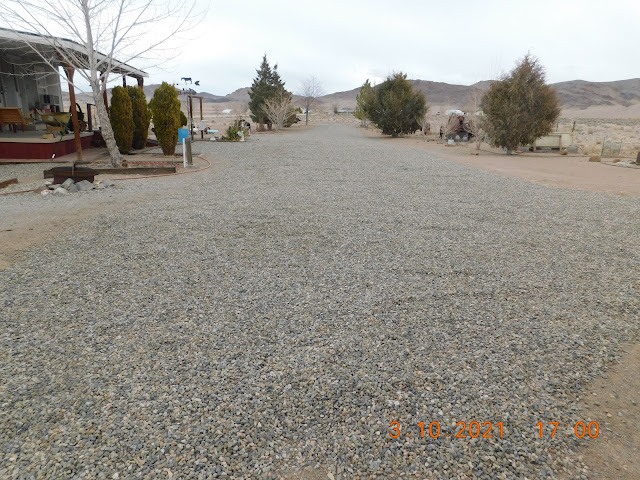 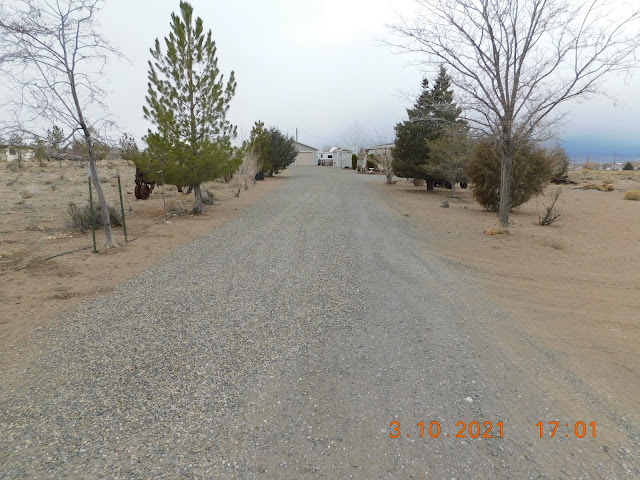 Adam called when he was on his way home from his sweetie's place. We had a nice chat. After he got  home he sent these pics of the Yakima in place on his car. Ready for some camping. 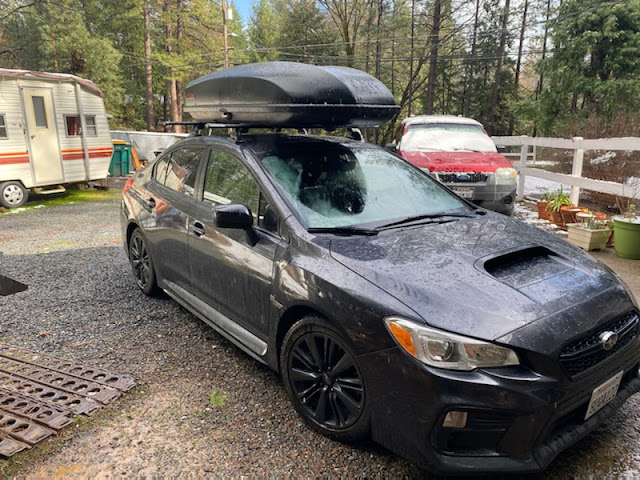 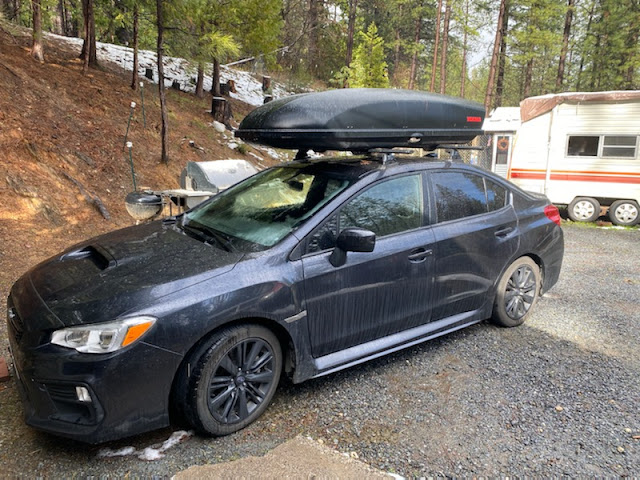 After lunch decided it was time to make some treats mainly for Ken, but a few for me. Tried a new almond flour chocolate chip (butterscotch for him) cookie. Haven't tried them yet but they look like they will be awesome! 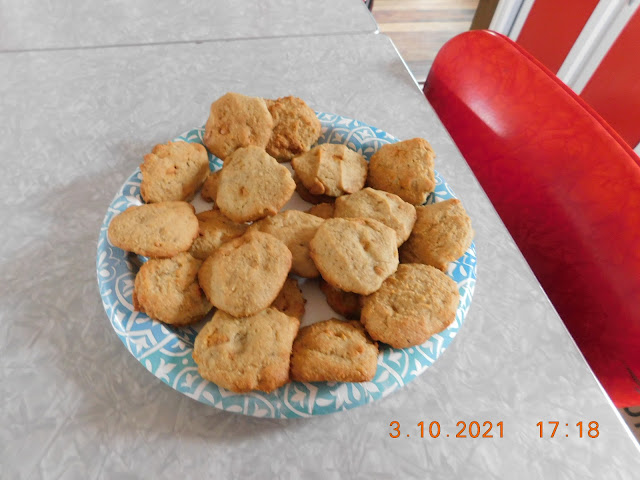 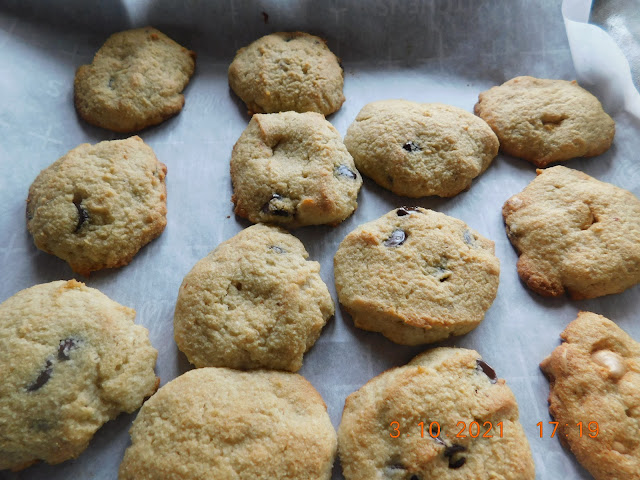 Some with sugar free chocolate chips...

Talked with my Winnemucca doctor, Robbie Grant for the last time today :( She had me do a 3 month lab since some of my tests were high last time. Pretty much got a good report except glucose is at 111 which neither she nor I like.  6 months ago was 89 then 98 3 months ago. Other than that cholesterol is back in check and lowering nicely. Since she doesn't take medicare that was a check in because she's like that :)

Today, a run to Reno for a new rv battery for the motorhome, Total Wine and Walmart.  Company is coming Sunday so need to shop. 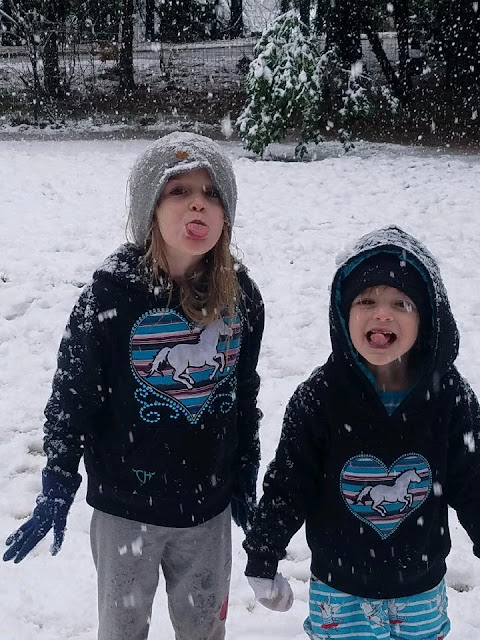 Bryan and Cheryl's granddaughters enjoying snow for the first time! 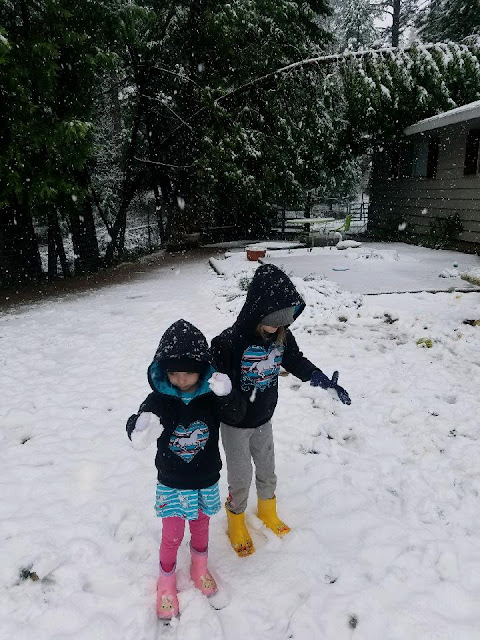 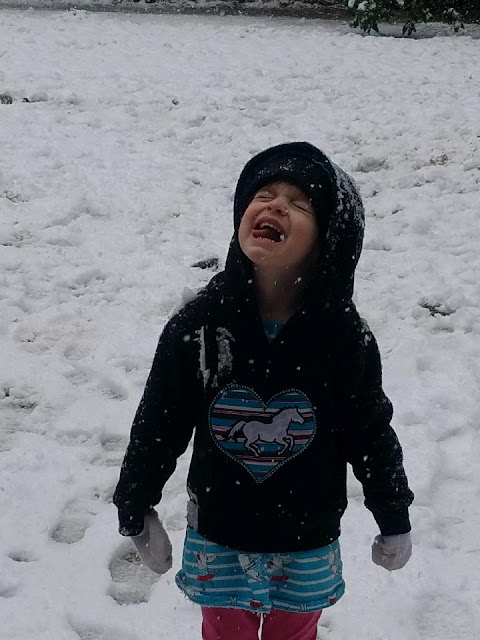 March 4th was our oldest son Bryan and his wife Cheryl's 22nd wedding anniversary. I texted but it came up so fast the card is late! 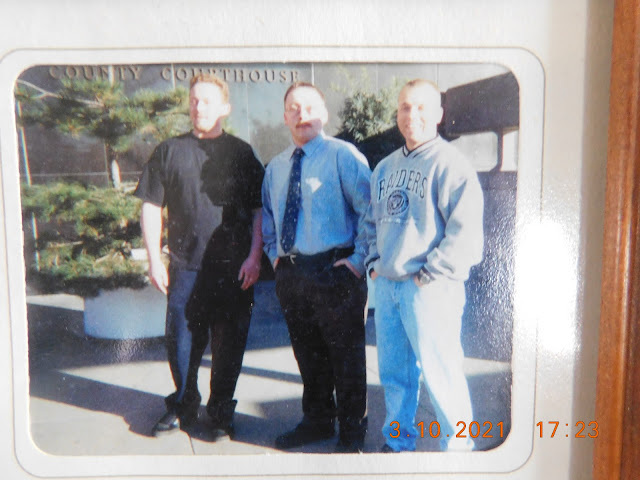 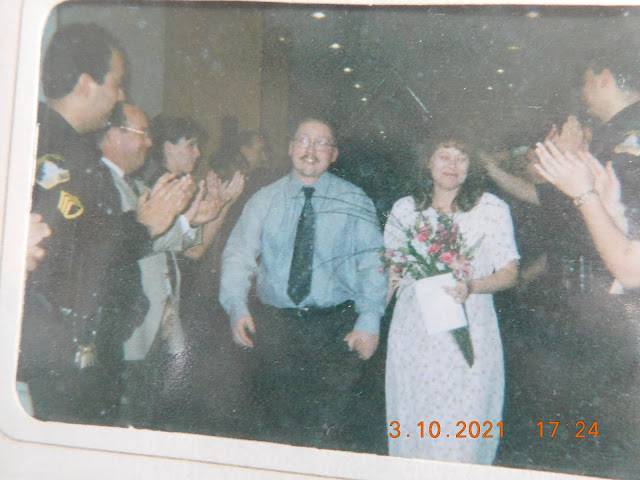 March 9th was our middle son Eric and his wife Christina's 19th wedding anniversary. Card is late too but I was able to Venmo $$ for lunch anyway. Sure doesn't seem that long since either of the couples got married. Time does fly! 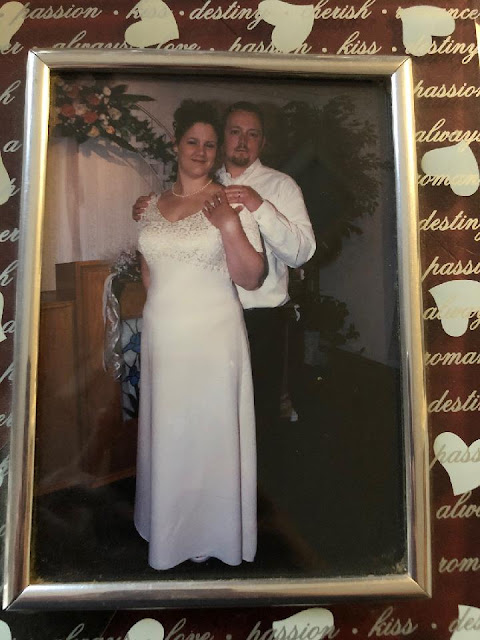 A beautiful Lake Tahoe wedding..
John and Karen invited us over for Happy Hour on their back porch with heaters and a nice propane fireplace. Wasn't snowing when we left but... 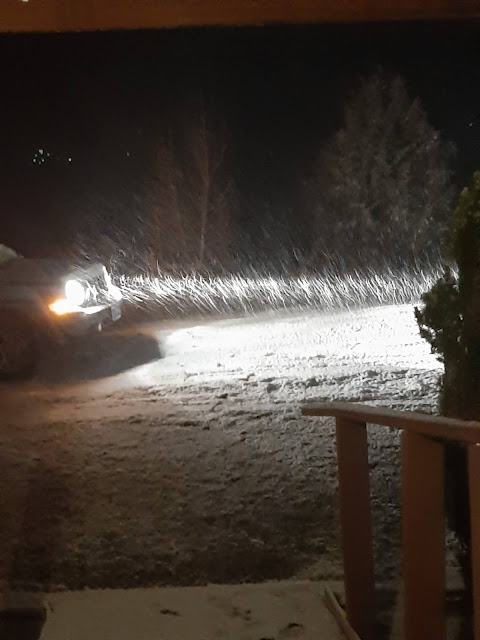 Coming home from John and Karen's last night..glad we took the car!!