Let me start with a couple of pictures of our grandson Aaron in his Varsity uniform! 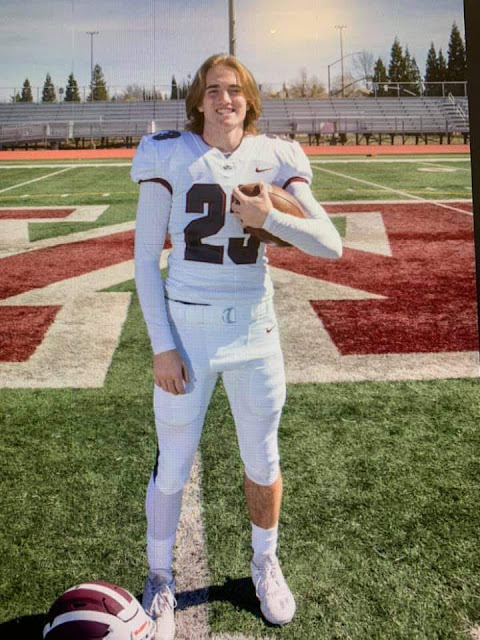 Our youngest grandson, Aaron! You were right Doug, he is the starting wide receiver and starting safety. He is also the punt returner and punt team as well.Got that from his dad as I don't have a clue LOL. 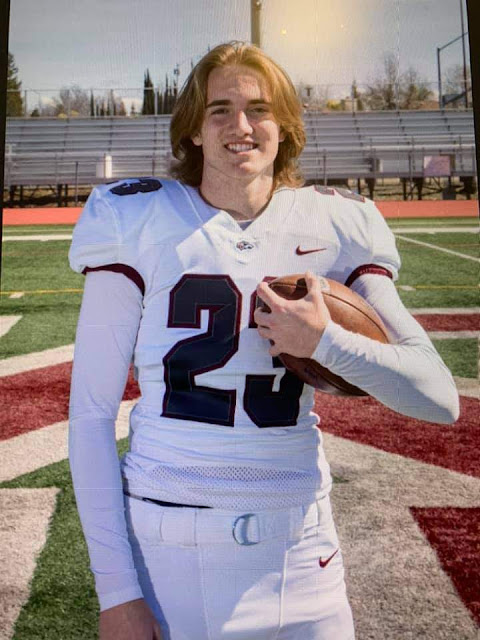 Hard to believe our youngest grandson will be 16 on Saturday!! 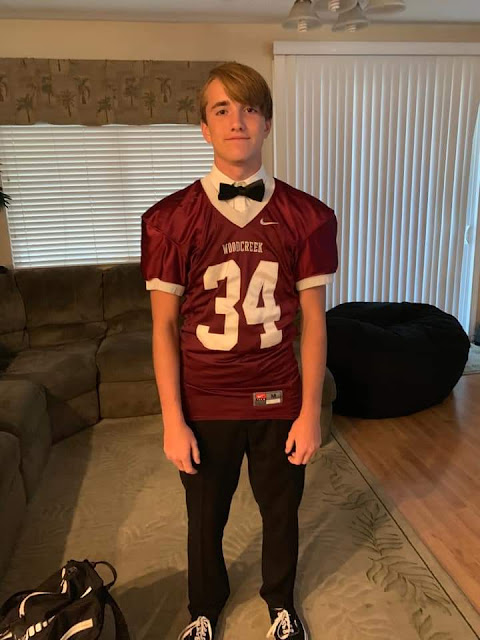 This was a year and a half ago...quite the change!!

Thursday morning we left here fairly early knowing we had a lot to get done.  I made breakfast burritos for Ken and put my egg beaters in a container for the road.  I had ordered a mini Hot Logic from Amazon and decided to put it to the test. Plugs into the cigarette lighter (are they even called that anymore?) and heats up. Does an awesome job, the food was warm when we were ready to eat :) 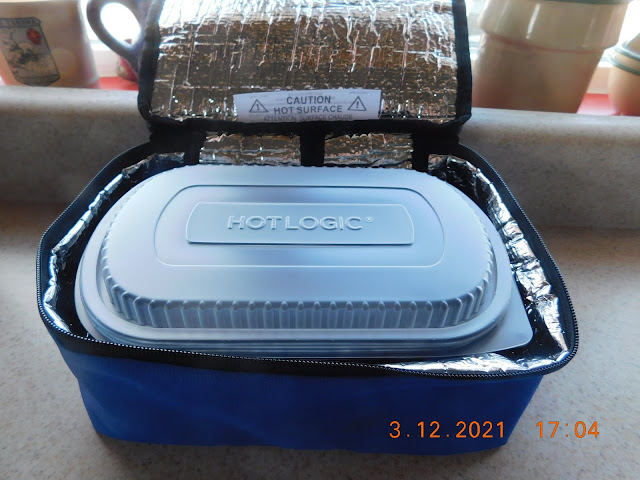 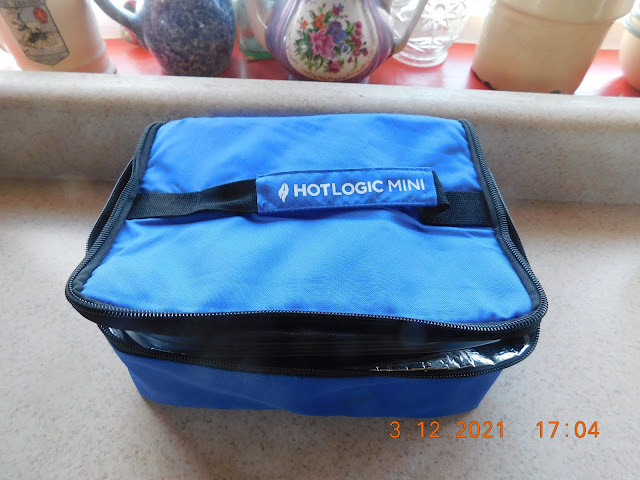 This little goodie is awesome if you want to keep your food warm and eat it later!

We decided to head for Reno and get those stops out of the way.  Total Wine was easy We just put in the slot number we're parked in and out they come with our order  and off we go.

Ken ran into Sam's Club to get a battery for the motorhome and he was out before you know it.

We headed back to Carson City and spent some time getting groceries.  Ken got his stuff, checked out and then when I headed for checkout I texted him and he came to help me check out.  Works well.

By the time we were done, it was just a little after 1300 so that meant a Linner stop at Betsys.  Nice to be able to go back to that restaurant.

It was windy and cold when we got home, Ken started a fire in the wood stove and then we took the beer we picked up for Karen over to her house.  A quick conversation with her and John and we were back home. Not a good day to have Happy Hour outside.

Friday was a day at home just doing some cleaning and getting ready for our company.

Friday morning as we were saying our morning prayer we heard a loud POP!! What?! I was microwaving a spaghetti squash and it blew up..the door of the microwave popped open! Spaghetti squash everywhere LOL.. 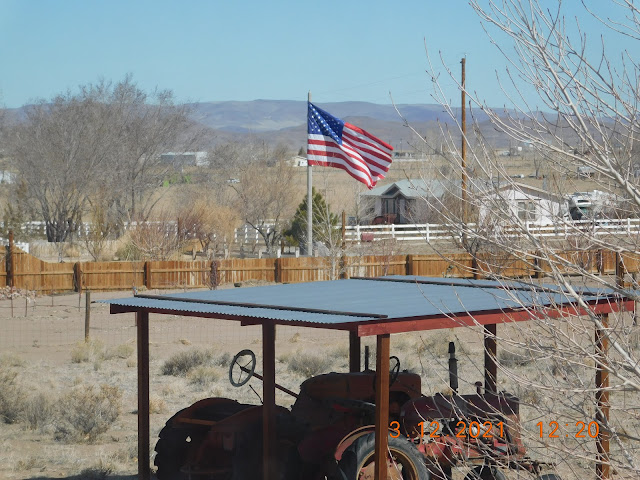 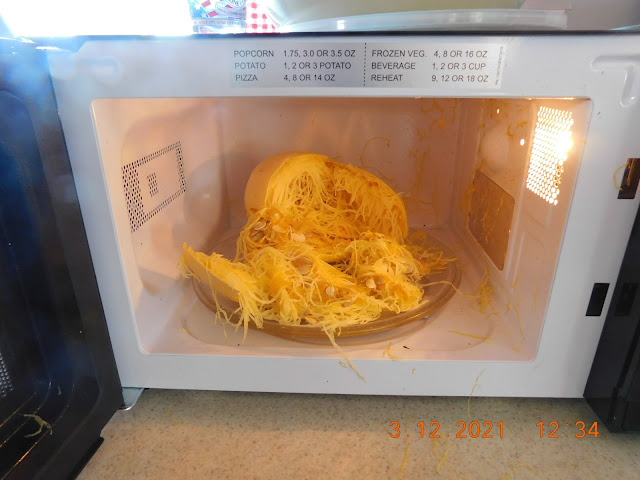 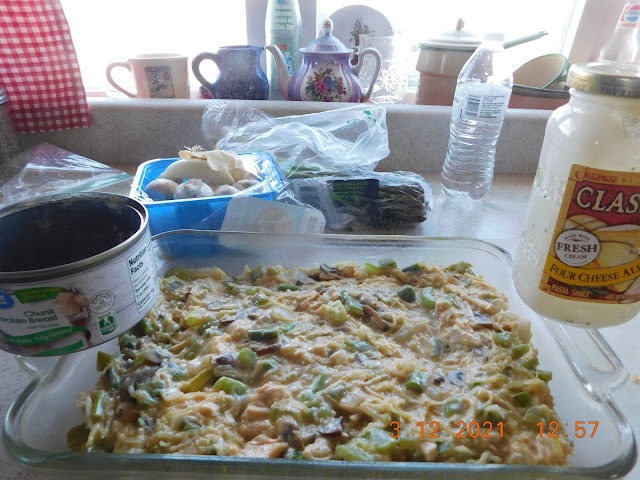 Veggies, Chicken, Alfredo sauce ..so easy and yummy! I saw this recipe on FB and figured I could adapt it to spaghetti squash..worked awesome! 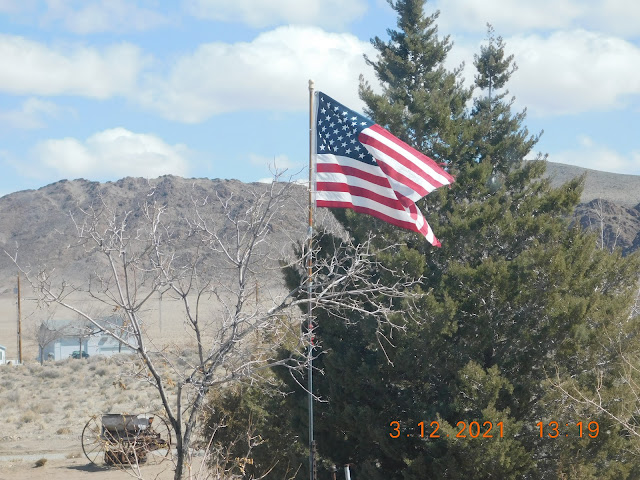 Our flag...much smaller but just as beautiful! 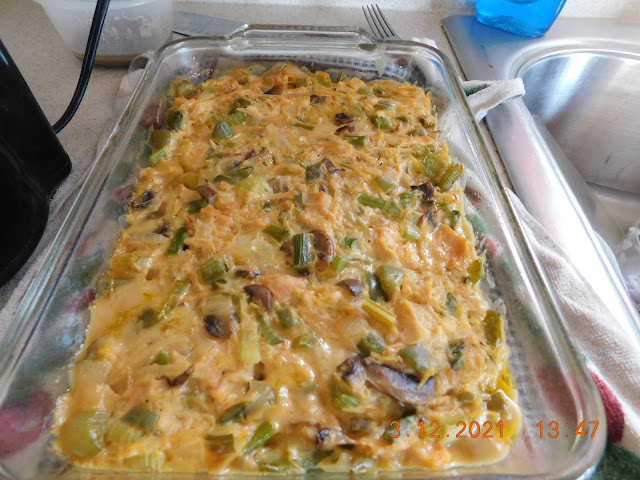 Out of the oven!

Later in the afternoon we headed next door for Happy Hour and a nice fire!

Today I got everything together for enchiladas and coleslaw tomorrow night. Bryan, Jerpy and Jake will be here for two nights. We are so happy to have them! 💖💖 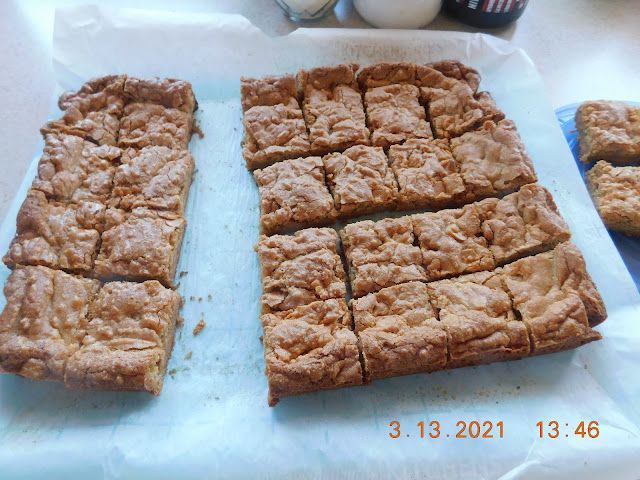 These are definitely not low sugar LOL.  Butterscotch bars for Bryan 😊

March 13 was  8 years ago we spent the first night in this house...I'll tell you how time flies!!

One year ago since we watched Jacob (on tv) graduate boot camp in Illinois. His was the first class that didn't allow spectators because of the China Virus! Instead we drove to Florida from Tennessee to see him for a quick few minutes before he got locked down for Air Traffic Control school. Now he's locked down in Italy...

This is now Sunday morning.  Time for coffee and catching up on blogging friends! Have a wonderful day! 💗