We left Saturday am about 1000 and headed for Sacramento to attend our friends' Dave and Pam's anniversary party in Rio Linda.  They got married a year ago and we were in TN when they had their reception, so didn't want to miss this one! We decided to stay at the Super 8 in Natomas area, nice room (a suite) and great air conditioning.  Stopped on the way there and had lunch at the Apple Cafe outside of Placerville, Ca.  even with a sit down lunch we were checked in and headed back out to the party by 1500..love where we live!

Had a really good time at the party, Ken got to see old friends he used to work with..left there about 1930 and headed back to the room...didn't want to drink too much and not be able to drive.  Next year we're thinking we might just take a taxi and then we don't have to worry about driving.

Got up, took our time leaving and headed back to Yerington.  The fire was pretty good until we hit Donner Summit area and then the smoke hit..Reno was pretty clear but outside of there it was really bad!  Here at home it's awful!

Burning man at the Black Rock Desert started today..so we decided to go home Interstate 80 just so we could see some of these people...Love it!  For a week about 50,000 or so people leave their real lives and become free people, living on the Playa in the desert..it is something to see!  Fernley Wal Mart was packed with these people getting their last minute things and just hanging out!  Some more literally than others...

Georgetown had some excitement yesterday..Cheryl called to tell us there was a fire about 1/2 mile from them in a little neighborhood (such as you can call it that) near the cemetary..pretty scary for a while..the Sheriff's Dept did voluntary evacuations..Cheryl and Adam loaded some things in the car in case they had to leave, Eric even came up to check on them.  Bryan got off early to come home in case they had to flee..but thankfully the fire dept was able to get the fire out, and 1 family lost their house and a few vehicles..but no injuries or worse..not sure what started it but possible a transformer blew up as people said they heard a loud noise first.

Tomorrow, we will head for Fernley and pick up our new woodstove and roofing for the tractor cover.  Ken is also going to get form boards for our new basketball court that hopefully will be poured later this week...know the grandkids will love it! 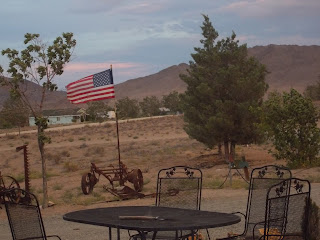 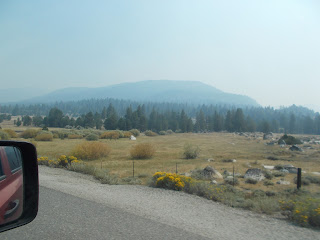