Catch up once again..We're home..

Sunday morning we woke to cold temps after the rain Saturday night. Actually Saturday was the first day I had to put on jeans after wearing shorts all summer. Sunday was another day of jeans.

We left the NFS campground and headed towards Idaho Falls with our destination being Craters of the Moon campground near Arco, Idaho.  It was a lovely drive.

When we got to Arco it was time for gas and groceries.  We noticed a laundromat next to the Sinclair station so decided to do a load of wash. Not a bad place, but definitely not up to Patsy's standards! We put a load in a washer and then drove to the grocery store. They had a sign up suggesting people wear masks but not required. Got back to the laundromat with minutes to spare. Load in the dryer and then I made lunch in the Mansion.  Clothes folded and we were on our way!

We got to Craters of the Moon National Monument about 1/2 hour later somewhere around 1500 I'm thinking. WOW! The campground looked full but we found a spot. Not a spot we would normally choose, but it worked for the night. We couldn't be picky! 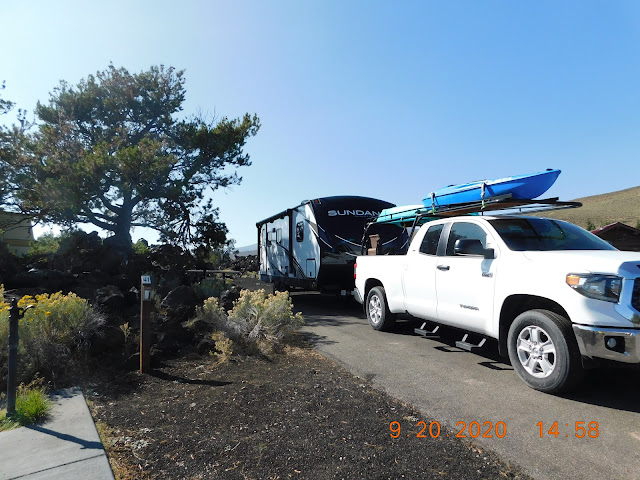 Craters of the Moon campground. No hookups and very crowded right now. For $7.50 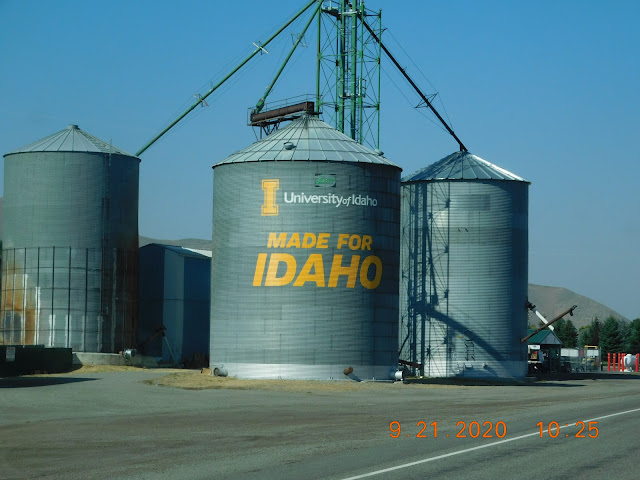 Monday morning we left the campground around 1030. We were headed to someplace we don't remember going before.  We were headed to the Sawtooth Recreation Area near Ketchum, ID.  Thought we'd spend a few days there just because.  Found the turnoff and followed the highway through Bellevue, Sun Valley and then Ketchum. Way too yuppie for us! Just not what we were expecting. We found the visitor center for the Sawtooth and it's closed! Geezzz! Couldn't get any info on anything. I was frustrated and Ken I think more so.  I suggested leaving and just heading out and find something else. He said he was thinking the same thing but didn't want to say anything. Headed back through the crowded rich towns to the rest area we had stopped earlier.  I made lunch and he looked at the map.

There was a Reservoir nearby so we thought that sounded good. We found the road for Magic Creek Reservoir and turned off..badly washboarded road for 5 miles so we turned ourselves around.  There was another one near Jackpot, NV so we throughs we'd try that one.  We found it, traveled another washboard but for only 2 miles.  We got there and there's the lake, have no idea where the campgrounds were! Uhh..turned around and headed for Jackpot and their RV park.  We've stayed there many times, just not what we had in mind though.  Found a nice full hookup site for $24.00.  Ken barbecued some awesome chicken, thighs for him and breast for me. 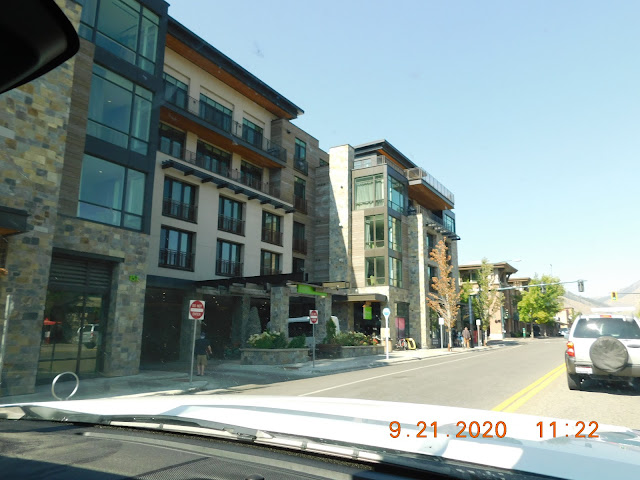 Sun Valley, Idaho..way too rich for us! Get me outta here! LOL.. 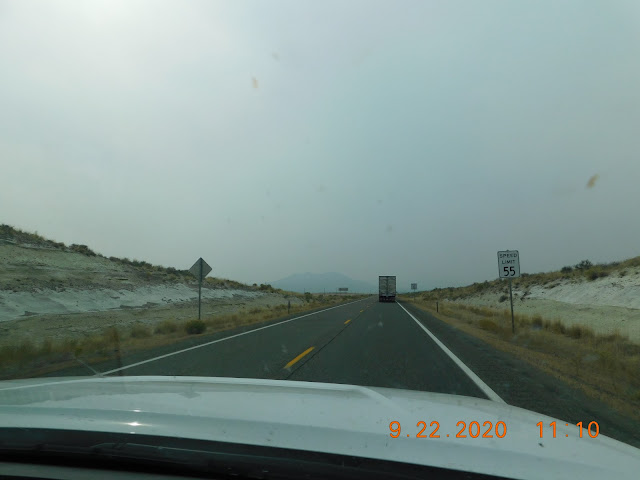 Sure was smoky up there! 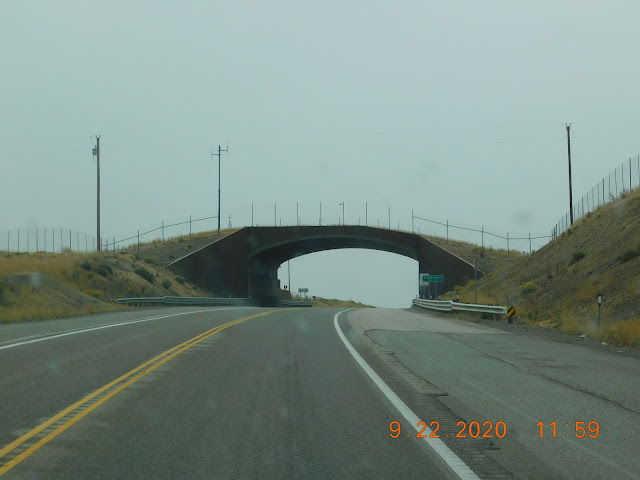 Gotta love the smart deer they have in Idaho near the NV border.  These are deer 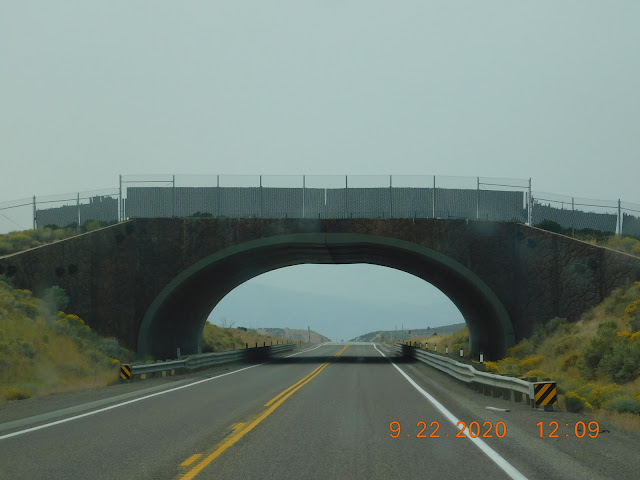 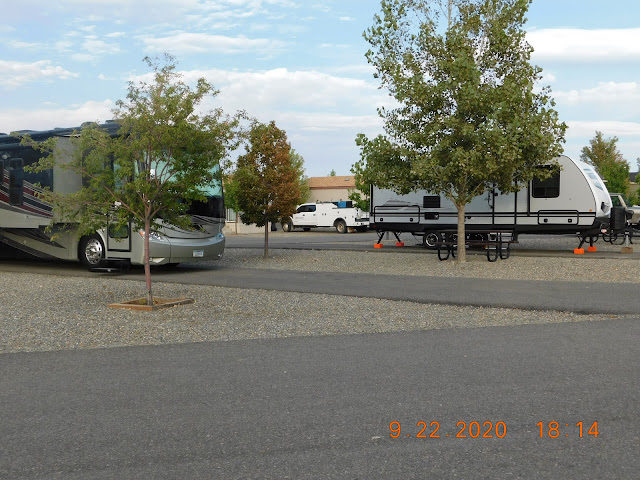 Tuesday morning we headed for Winnemucca, NV our old stomping grounds for a few years. haha.  Pulled into New Frontier RV Park and for $21.85 Passport America price a nice back in full hook up spot.  Surprising how many spots were full! It was a lovely afternoon watching more people come into the park. Left overs for dinner.

Wednesday morning Ken unhooked the tundra and we went to Parker's Model T Restaurant in the casino.  Delicious meal and great service! After that we headed 20 miles out of town to Paradise Ranchos to see what was up with the old neighborhood since we hadn't been out in a few years. Not much changed. The guy who bought our old property has added more covering on the RV cover and he's planted tons of bushes and trees.  They actually are growing so he must be out there pretty often. 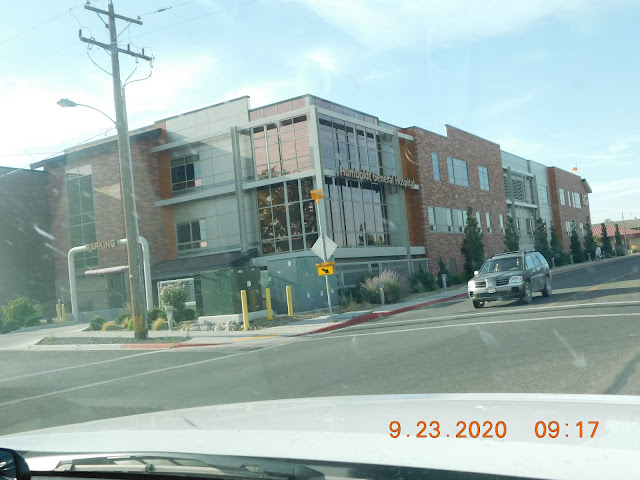 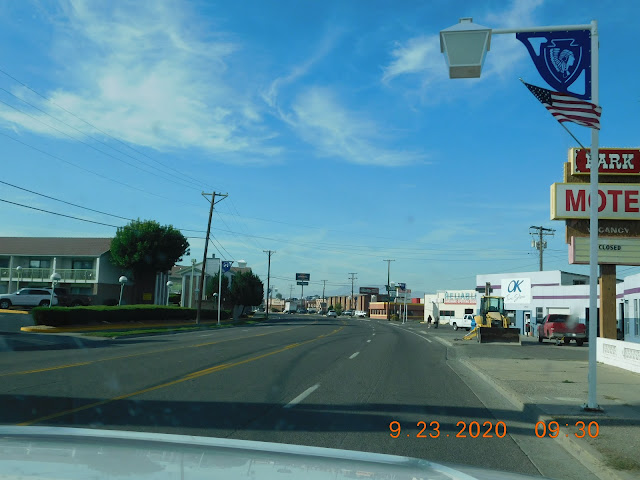 They are a very patriotic town. Flags everywhere and one street has flags with 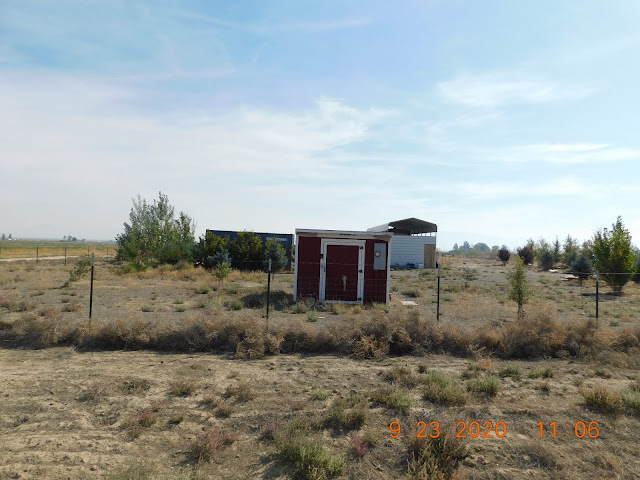 Our property we bought in 2010 and sold a few years later.
We headed back to town and got ready to leave.  We figured we'd head for Lake Lahontan and extend our vacation a night or two.  Again when we got there the campground was pretty darn full. I didn't like the site Ken wanted to pull into..brush around so I knew there was a snake in there somewhere waiting for me. We headed to the beach and in the end after a short happy hour decided to head home. There would be no kayaking as the lake is soooo low, so really why not go home. 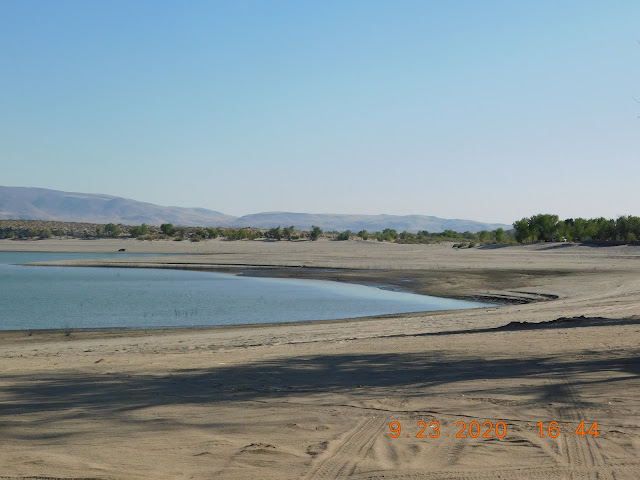 Earlier in the summer the water was up to the tree line on the right! 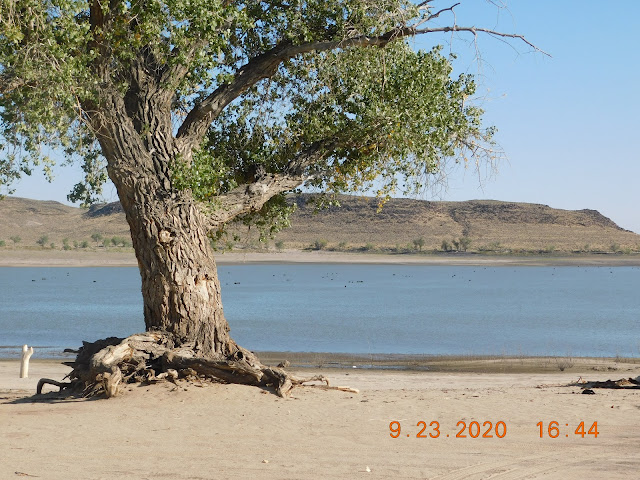 For once the picture looks better than it looks...lol..
On the way we decided to extend our camping one more night and not even go in the house until the morning.  We were able to sit out back and Ken started a fire. A really lovely evening.

Thursday morning after our coffees we headed inside. I did cook breakfast in the Mansion as everything was still out there.  Spent a few hours getting her all cleaned up and ready for her trip to the shop..woohoo. Later in the afternoon we headed over to Karen's for a nice happy hour. She's heading over on Sunday for a few weeks with John in Ca.  Worked out perfectly as she picked up our mail and packages for us and now we can do the same.

Friday morning I was working on the blog when the computer tells me my disk is almost full..aww hell what does that mean?!  Delete some stuff, I deleted a ton of stuff and it doesn't look like the numbers even change. I have a back up hard drive made for macs but doesn't seem to be working. Got an appointment Monday at Best Buy, we'll see what they can mess up this time.

We headed to Walmart in Gardnerville this morning. Spent a small fortune in groceries and then Raley's for prescriptions and then we came home. I made a couple of low carb wraps for us for lunch and then we worked on the computer until we couldn't stand it anymore.

Got a paper in the mail from United Health Care (if you can call it that)..I turn 65 in December. Come November they'll raise my rate from $505 to $731..$225 a month more.  Basically for two $35.00 dr visits a year as it was a high deductible major medical plan. Good thing I won't need them! Ken made a call this afternoon and talked to Teresa, our agent he used 4 years ago. Tuesday I'll get the supplement all good to go, for much less with Medicare. 1 good thing about turning 65!

We had a great trip, saw some beautiful country but it's always good to come home! We know it won't be long and we'll be wanting to go again!

Going to see if I can post any pictures. Have a great evening.